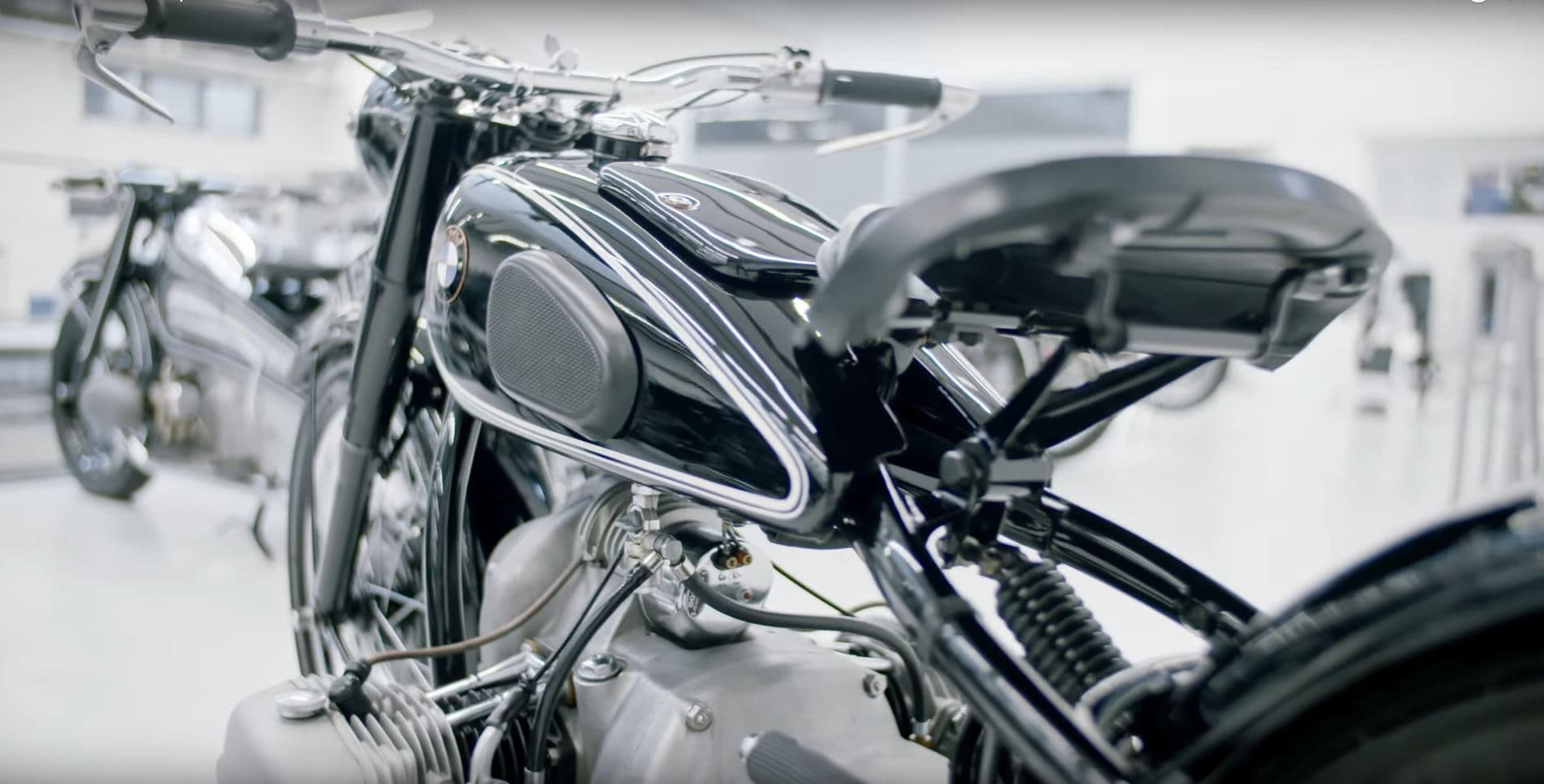 We’ve seen the guys from BMW Group Classic check out some really marvelous cars so far. They’ve even shown us a couple of never-before seen concepts such as the ZBF-7er but when it comes to two-wheeled creations, they’ve been mum. That’s peculiar, because, if you think about it, BMW started making motorcycles before cars were even on their radar. So, what treasures does the BMW Group Classic vault hold?

The 10-minute video below should prove to be a real treat for fans of BMW Motorrad. The first bike they talk about isn’t even a BMW but, as the sticker on it would suggest, a ‘Victoria’. What special about this bike is that it used a BMW engine, that used to be made in the exact hall where they are filming, back in the 1920s. Victoria, as we are told, was one of the biggest bike makers in Germany after the first World War. They were making everything related to bikes but were yet to put an engine on them. With the help of BMW, they started making motorcycles.

The first BMW motorcycles would pop up in 1923. The first one the German company did was really different from what we know today, and a lot trickier to use. For example, you had to make the gas/air mixture yourself, while riding the bike, having a lever for each, on the right hand side of the handlebars. You also didn’t have the gearshift lever operated with your foot but with your hand. Tricky stuff.

It’s also quite striking how different two motorcycles made in two consecutive years can be. While the Victoria model was basically an adaptation of a bike, transformed into a motorcycle by fitting an engine to it, the BMW motorcycle has purpose made, to be a motorcycle from the get go but, of course, it still had its limitations. This is a great episode for history buffs.