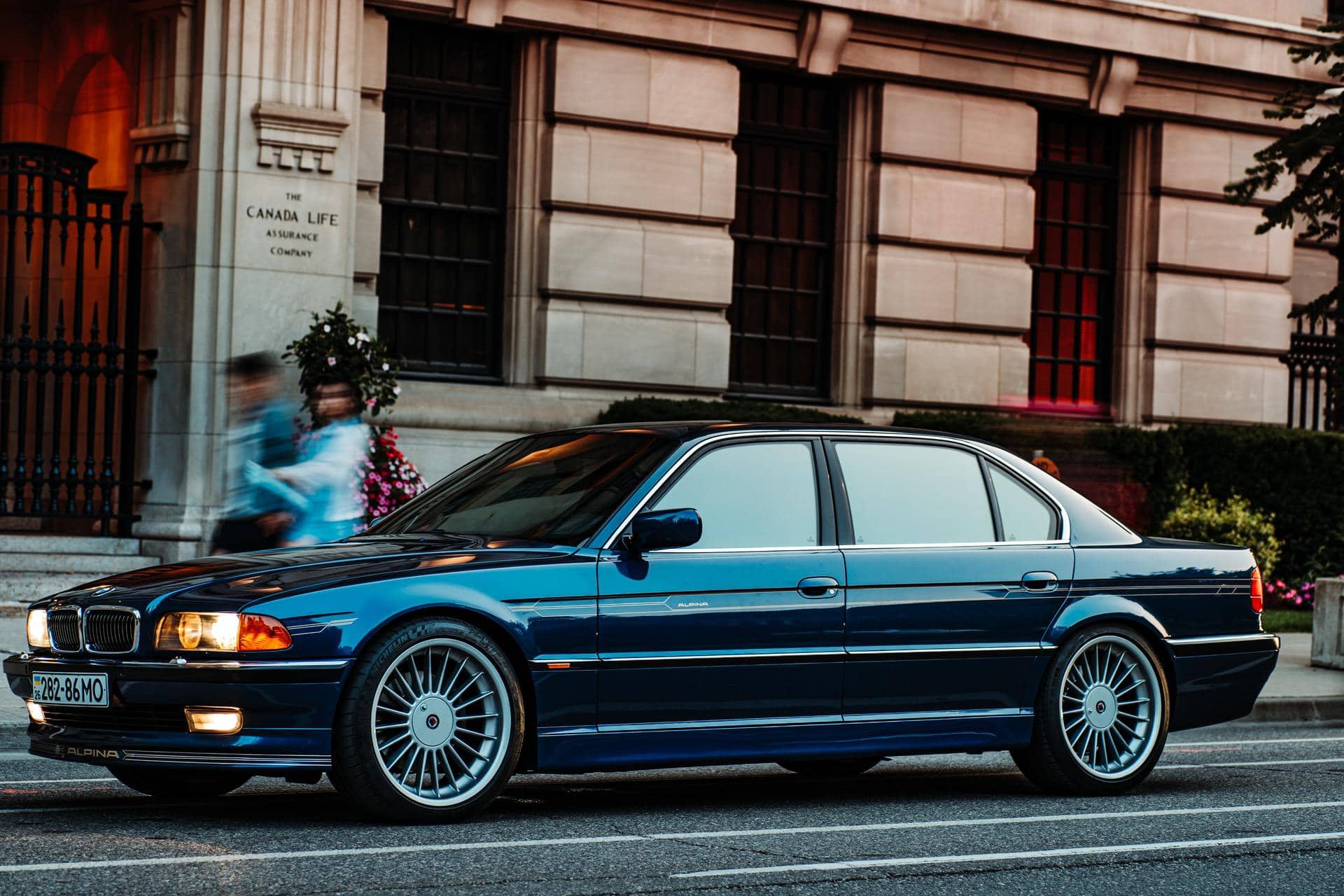 The E38 BMW 7 Series is aging like fine wine, getting better and better with every passing year. With its successors — such as the G11 7 Series LCI and the split-headlight-wearing replacement coming soon — more likely to age like milk, every iteration of the E38 7 Series is becoming more and more desirable. However, none more than this one that’s currently up for auction at RM Sotheby’s — a 1998 ALPINA B12 5.7. It’s the stuff of dreams.

This ALPINA B12 5.7 is based on the E38 7 Series but features quite a substantial amount of ALPINA-specific changes underneath the skin. On the outside, though, it’s quite possibly the best looking iteration of any 7 Series ever made. It still has the perfect E38 shape but with ALPINA’s breathtaking wheels, a lowered ride height, and perfect stance. It’s also painted in ALPINA blue and the entire package makes my knees weak.

On the inside, it’s fairly normal late ’90s BMW fare, with black leather interior and some lovely wood trim. However, the ALPINA-colored stitching on the seats, the ALPINA logo on the steering wheel, and the ALPINA colored gauges do give it a bit of flair in the front seat. In the back seat, however, passengers are given foot rests that extend from the front seat backs, as well as fold down mirrors for extra vanity.

I’ve driven E38s but I’ve never driven an E38 from ALPINA. Not only do I desperately want to find out what this car is like to drive, I want to buy it, live with it, and cherish it forever. As a lover of both the E38 7 Series and ALPINA, this ALPINA B12 5.7 is the car of my dreams.