Just the other week we saw a reported leak of what the front bumper of the upcoming BMW M2 could look like. It was a photo coming in from China and a source confirmed the leak was real. To support those claims, recent spyshots of a BMW M2 prototype are now showing a similar front-end, including the kidney grille with horizontal slats.

As you can see in the photos (check them out here, we don’t own them), it seems like that original picture from China was right on the money. Sure, there’s plenty of camouflage to cover the front end of the car, but for some reason, this test vehicle has its grilles completely uncovered. Apparently, with this design, the BMW M2 will follow in the footsteps of the M3 and M4 and have a noticeably different front end compared to the regular 2 Series. 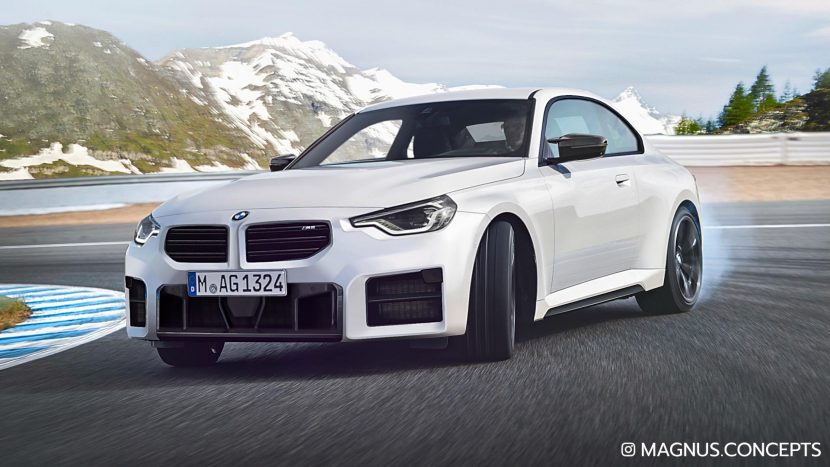 What’s also noticeable is that the grilles seem to be quite a bit larger than the ones on the ‘normal’ 2 Series models and there might be a very easy explanation for that: cooling. Unlike the M240i, for example, the M2 will be using the S58 engine and it’s likely that it will have just shy of 500 HP under its belt. That kind of power, coming from a 3-liter engine, means a lot of heat will be generated. And that heat will have to be dealt with.

It’s the same story some BMW officials told when talking about the massive grilles on the M3 and M4 so, we’ll have to see how this pans out. Other than that, expect the usual BMW M tricks to be deployed in terms of design: wider fenders, M side mirrors, quad exhausts at the back and special wheels. The G87 M2 will enter production next year and we’ll see it on the streets by 2023.