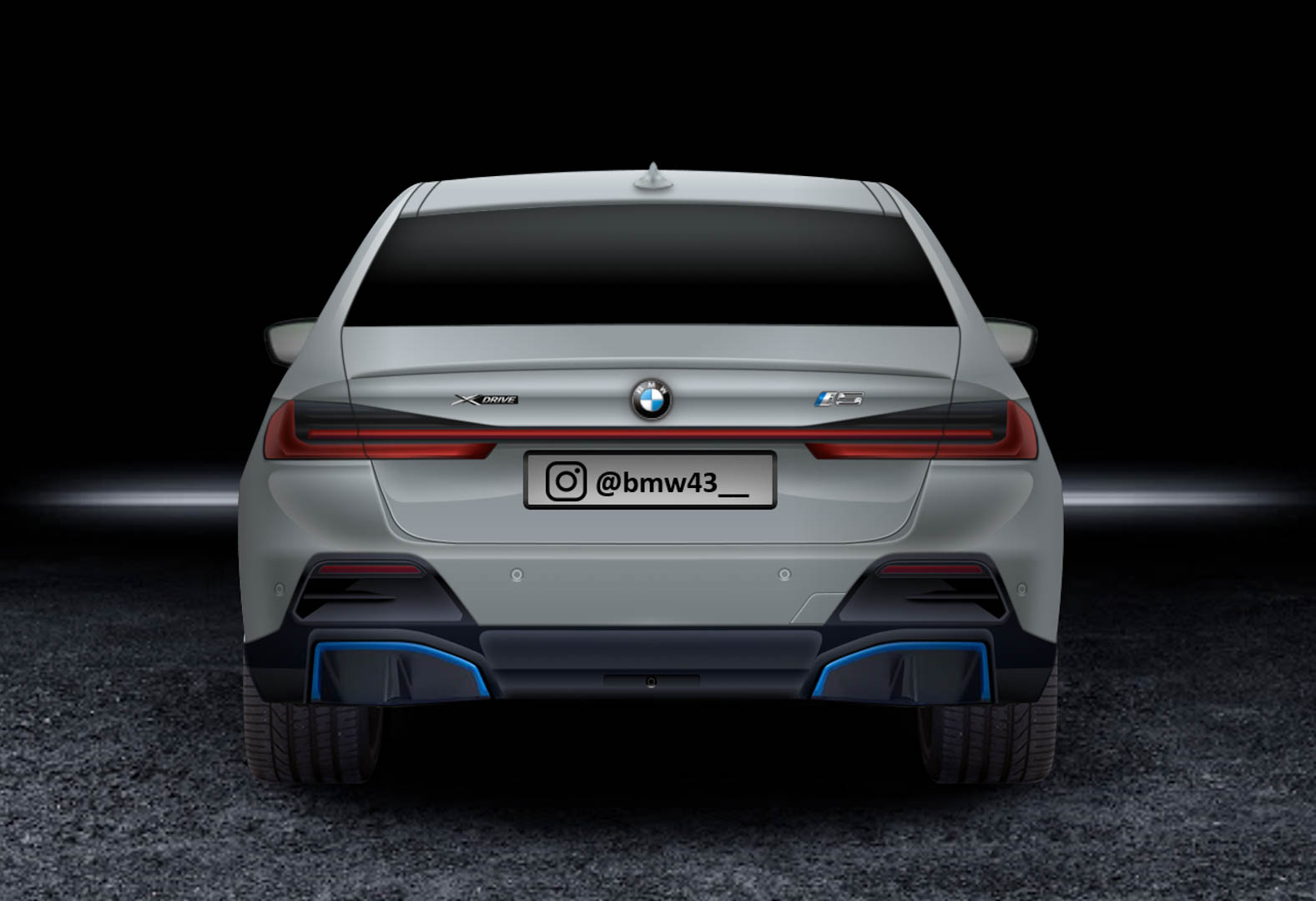 At the moment, we know BMW is working on an electric version of the 5 Series. We don’t know if it will be an additional model to the standard 5 Series, sort of like the BMW i4 is to the standard 4 Series, or if it will replace the 5 Series entirely. We also don’t know what it will be called (though, we suspect BMW i5). This new render, though, shows off what a future BMW i5 could look like.

The render only shows off the back of the car, which is similar in size and shape to the current 5 Series. However, it gets wider, slimmer taillights, with an LED light bar that connects the two. The taillights themselves look a bit similar to those of the current 5 Series, though. Down below them, you can see two little cutouts where exhaust pipes used to be, replaced by black plastic panels and blue accents. It’s very similar to the rear end design of the BMW i4.

This render looks very much like someone smashed a current 5 Series together with an i4. While the current 5 Series doesn’t have the light bar, the taillights do look similar and the exhaust replacement panels are plucked straight from the i4.

We don’t know when BMW is planning on releasing this new electric 5 Series — will it debut when the current 5er is replaced, or will BMW wait a bit longer and add it as an additional model? We also don’t know if it will be called the BMW 5 Series Electric or the BMW i5. We do know, however, that it’s currently being worked on and it will most likely be built on BMW’s Neue Klasse of chassis. Hopefully, it has a more interesting design than the BMW i4, which just looks like a 4 Series Gran Coupe with some blue bits.