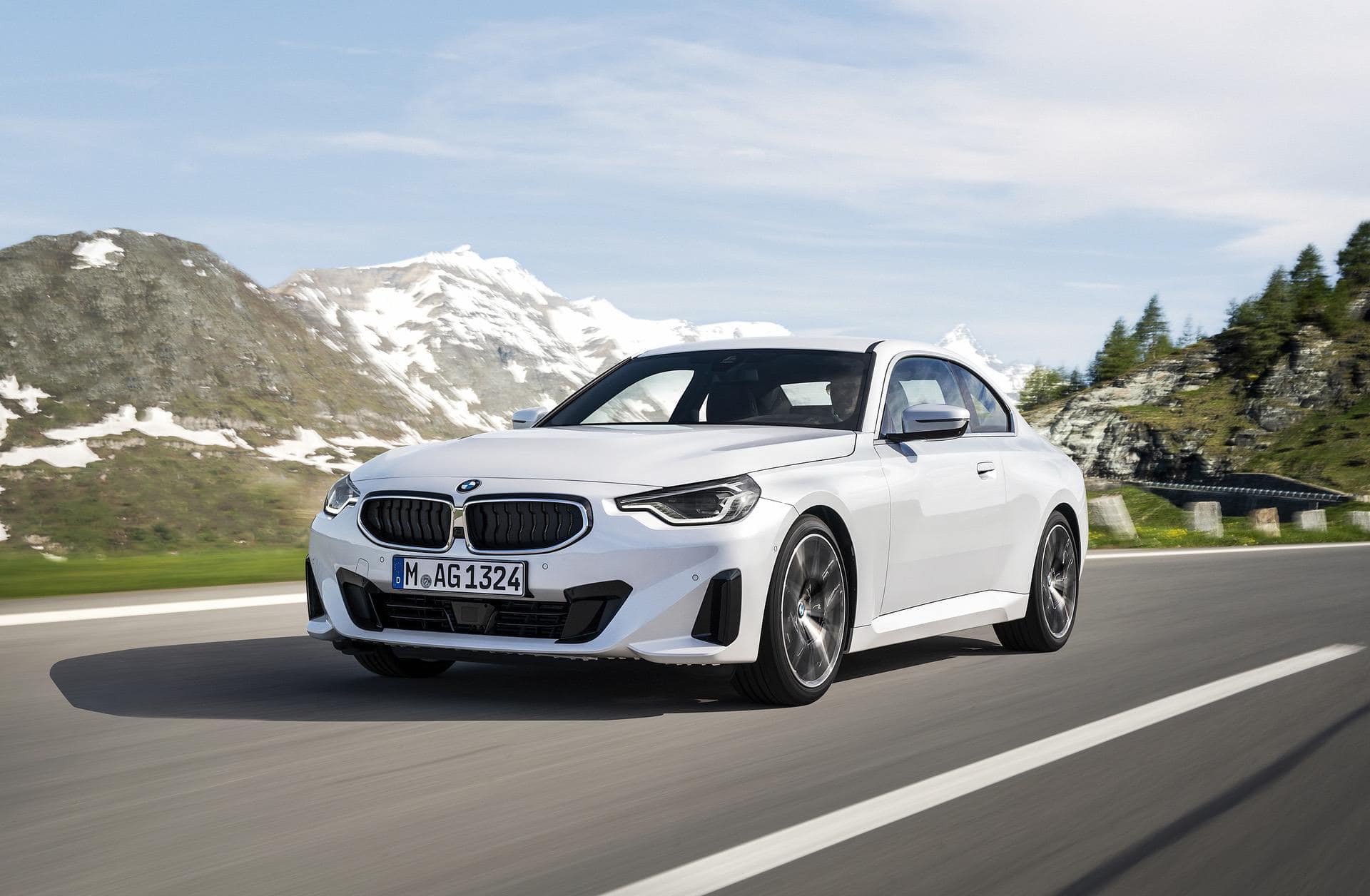 The newly unveiled BMW 2 Series Coupe might look enticing but we’re still pretty far off from seeing it on public roads. Production will kick off later this year and the first models should pop up on a street near you in November. At launch, only two models will be available in the US but they should cover most use-cases anyway. There will be a BMW 230i and a BMW M240i xDrive model on sale and prices will kick off at $36,350 MSRP.

That will be for the BMW 230i Coupe. The launch version will be available only in rear-wheel drive guise and with an automatic transmission. The specs show that the 2-liter 4-cylinder turbocharged engine under the hood should be good for 255 HP and 295 lb-ft (400 Nm) of torque. This should allow the new 230i to reach 60 mph from standstill in 5.5 seconds. Later on, those interested will be able to buy a 230i with xDrive all-wheel drive too.

The other model available from the get go will be the M Performance version, the BMW M240i xDrive. This one comes with xDrive as standard for now but BMW promised that a pure rear-wheel drive model will also be made available later on. The B58 engine under the hood is good for 382 HP and 369 lb-ft (500 Nm) of torque which, combined with the 8-speed gearbox and all-wheel drive, make this monster a fast car to 60 mph – 4.1 seconds.

Pricing for the M240i xDrive will kick off at $48,550 MSRP. Both prices – for the 230i and the M240i xDrive – do not include the $995 shipping and destination fee. Standard equipment will include 18″ wheels, auto-dimming mirrors, 3-zone climate control, Active Driving Assistant, Active Blind Spot detection, Lane Departure warning, Frontal Collision Warning with braking and Pedestrian detection and Rear cross-traffic alert, among many other things. The M240i also gets bigger wheels as standard, M Sport rear diff, adaptive M suspension and Comfort access.