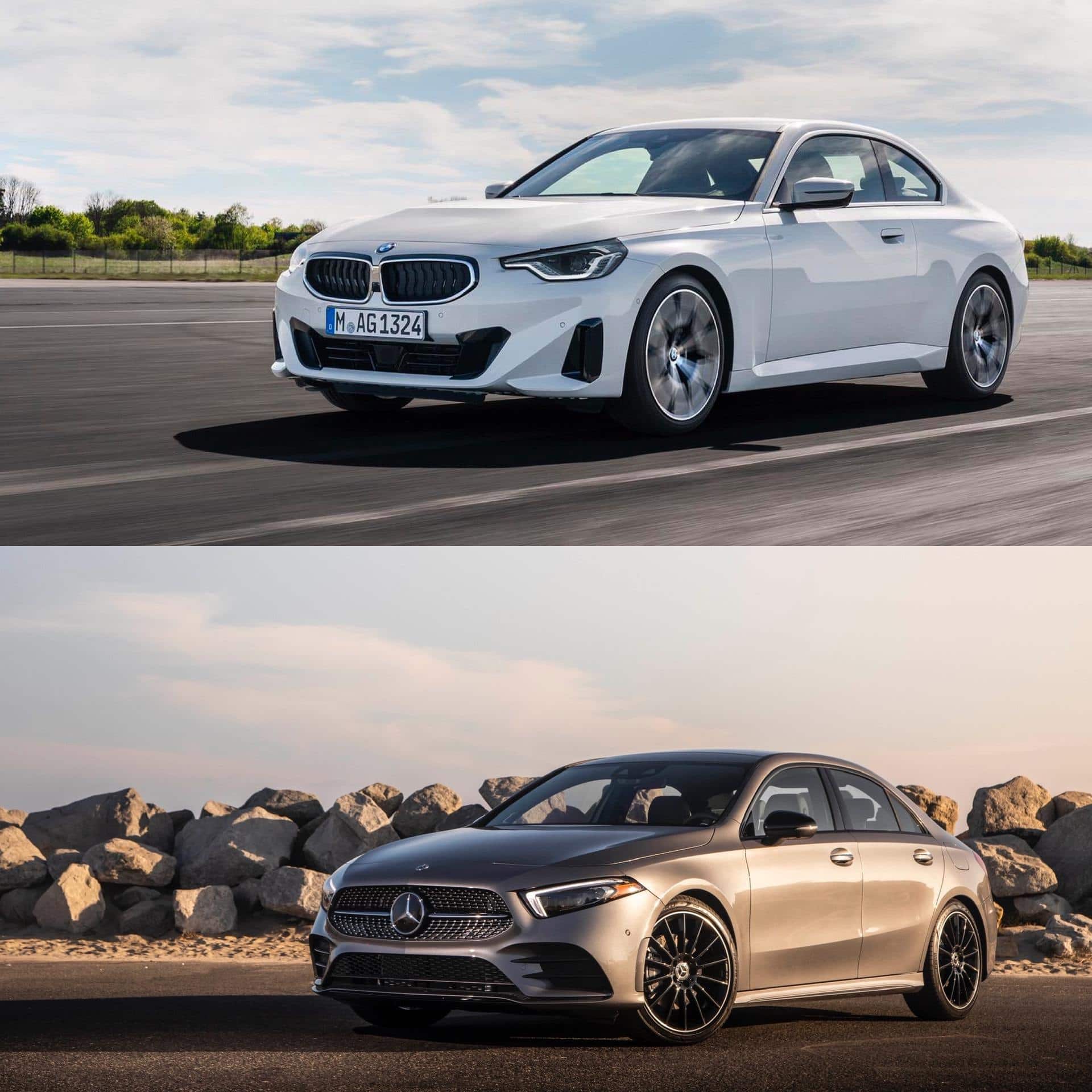 The new Mercedes-Benz A-Class is obviously a four-door sedan with a swoopy roof and front-wheel drive, so not exactly an apples-to-apples comparison. However, they both start at around the same price; $33,650 for the A-Class and $36,900 for the 2 Series; they both have similar engines and performance, and they both seat four people sort of comfortably. Would the 2 Series Gran Coupe be a better comparison for the A-Class? Of course but the 2 Series Coupe doesn’t really have any natural competitors, so the A-Class will have to do. 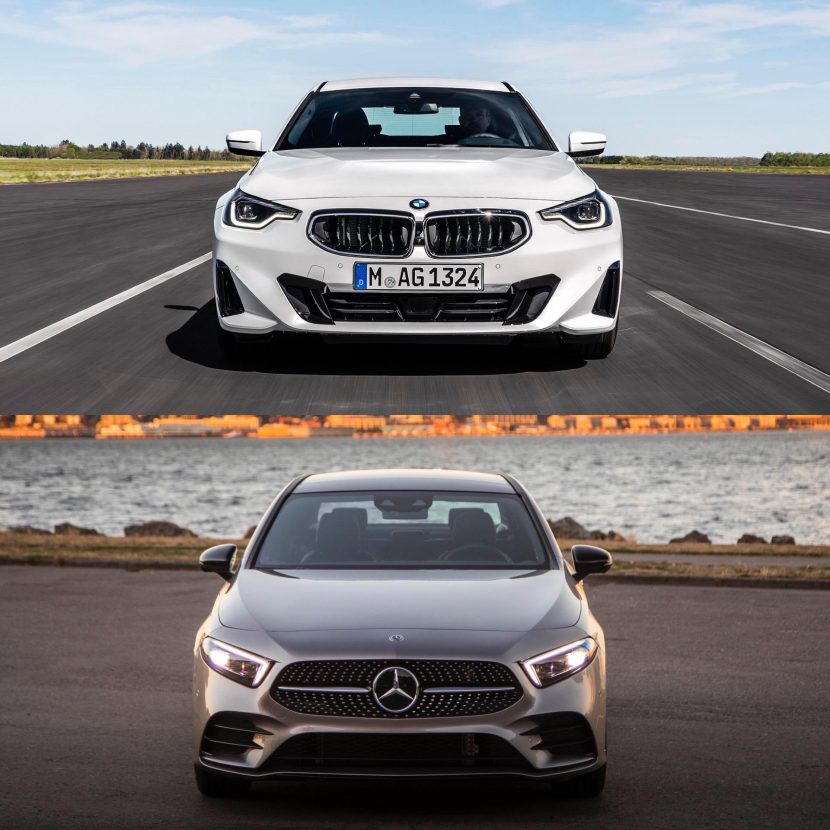 Up front, the BMW 2 Series is a bit more interesting looking than the A-Class. While the Benz isn’t exactly bad looking, it’s just a bit vanilla. Its headlights are slanted and cool looking but the grille is just, well, a grille and the front air intakes are pretty bland looking. Whereas the 2 Series has interesting headlights that nod to the original BMW 2002, its kidney grilles are nicely sized and remind me of the Z8’s, and it’s front air intakes are a bit sportier. To be fair, neither car’s face is particularly pretty but I think the 2 Series is more visually interesting. 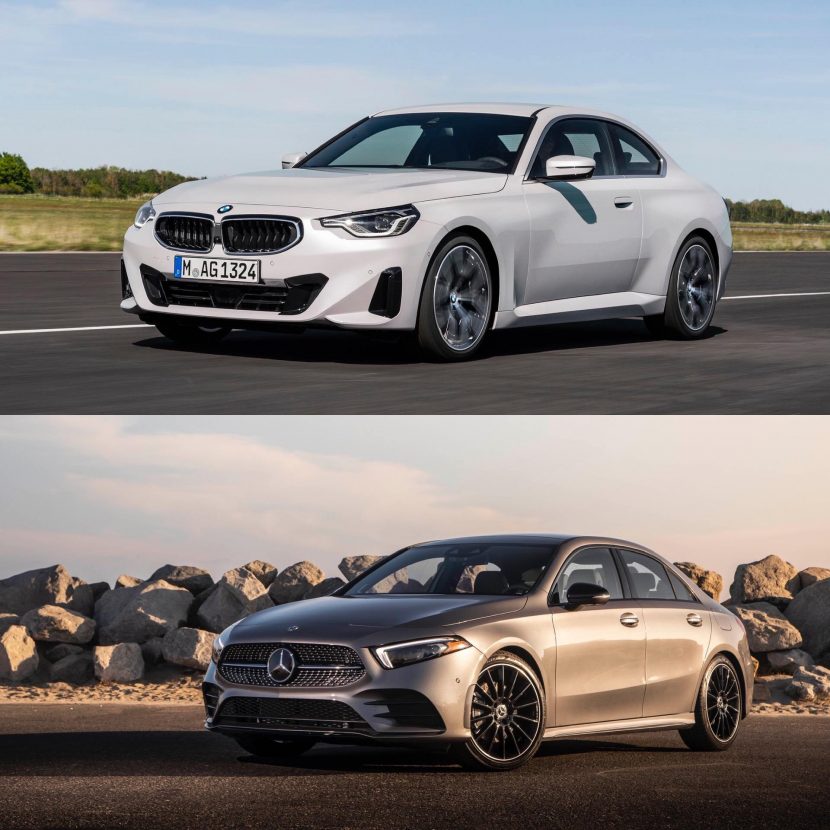 In profile, both cars are pretty sporty looking, for different reasons. The BMW 2 Series is a classic three-box coupe, with rear-wheel drive proportions, while the A-Class is a sleek, sporty four-door sedan with a rakish roofline, and unconventional proportions. I think the 2 Series takes it here as well, due to its sportier vibe, thanks to its flared fenders and slightly sharper shoulder line. Also, the 2er has a proper Hofmeister kink, which always gives any Bimmer design points. 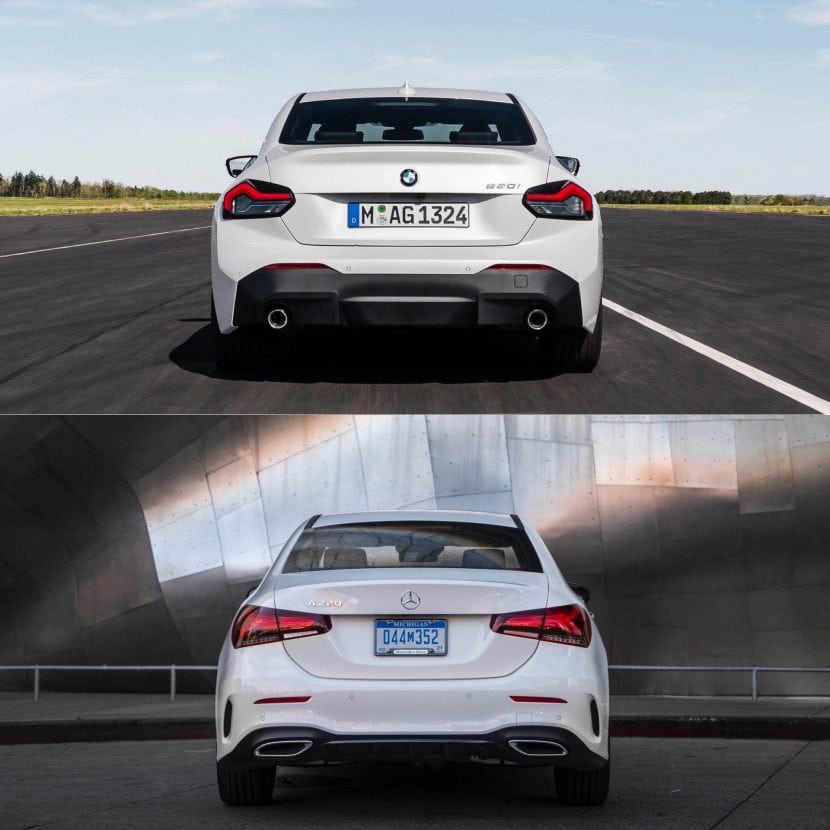 I think the Mercedes-Benz A-Class fights back from the rear, though. Its taillights are more elegant and prettier than the sort of misshapen looking blobs at the back of the 2 Series. The Bimmer’s rear diffuser is also unnecessarily large, which just seems odd. The Benz seems to have exhausts but they’re likely fake, which is a bummer, but the rest of it looks really good. I like the 2 Series from behind, as I think it’s a far more cohesive design than many of BMW’s other recent cars, but I think the A-Class has the nicer butt. 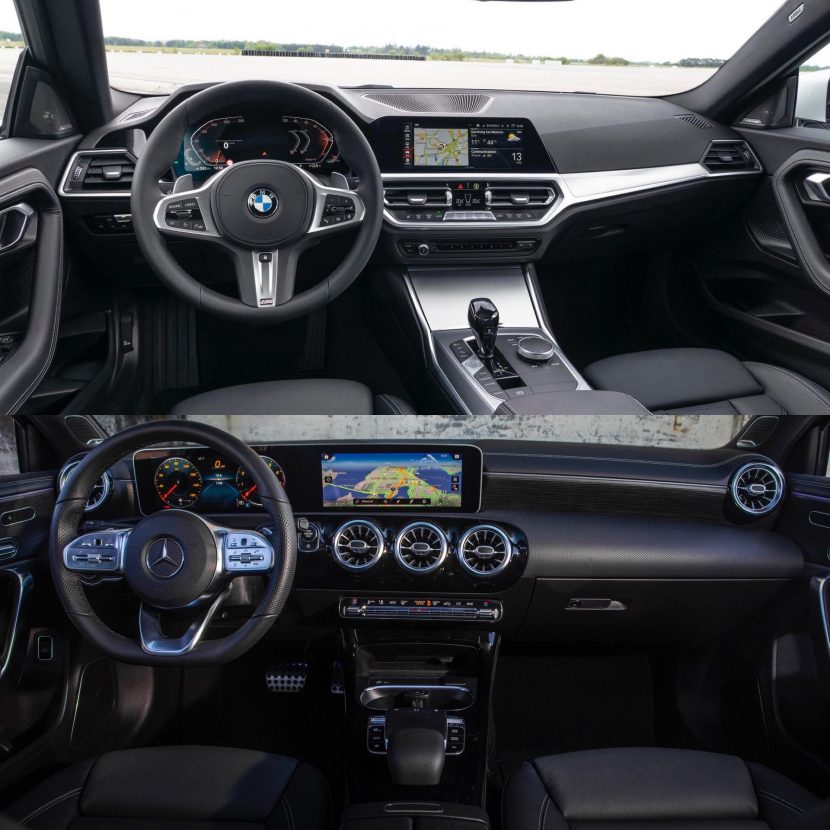 Inside, it’s Mercedes-Benz A-Class all day. Its design is far more interesting, with its different dashboard layers, circular air vents, and nightclub lighting. The 2 Series’ cabin is fine, and is probably even built better, but in terms of sheer design, the Bimmer has nothing on the presence of the Benz. Plus, the A-Class has awesome tech, like augmented reality navigation and a highly customizable digital instrument panel.

So that leaves the cars tied, with the Bimmer taking two wins and the Benz taking two wins. Though, I think if I had to choose between both cars, I’d take the 2 Series. While its design isn’t perfect, it’s not just a cookie-cutter BMW design on the outside (even if it is on the inside). Its face is unique to not only the brand but the industry, its taillights are odd but fun looking, and I also think its simple design is going to age really well. I like the A-Class, too, but I think if it were my money, it’d be the 2 Series. 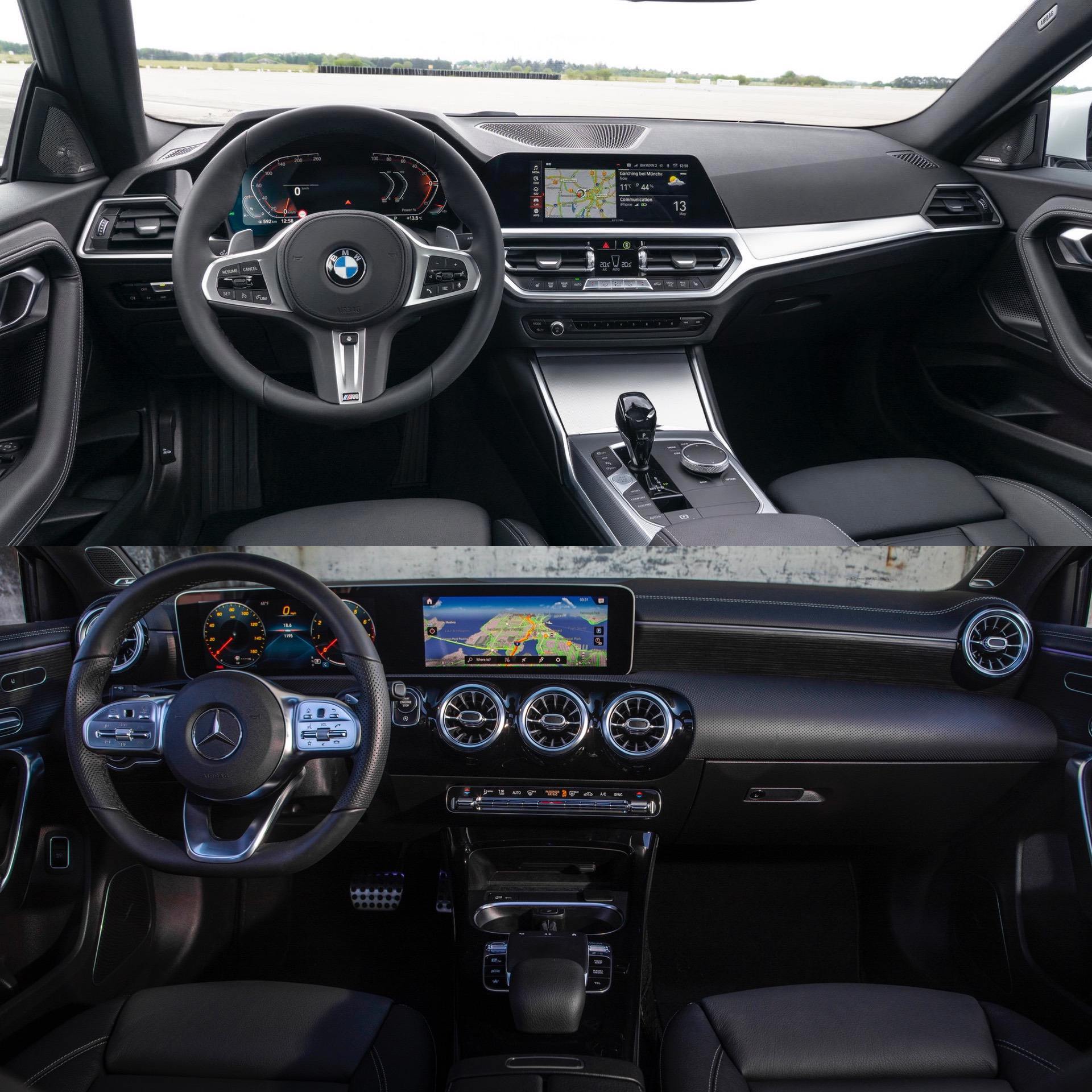 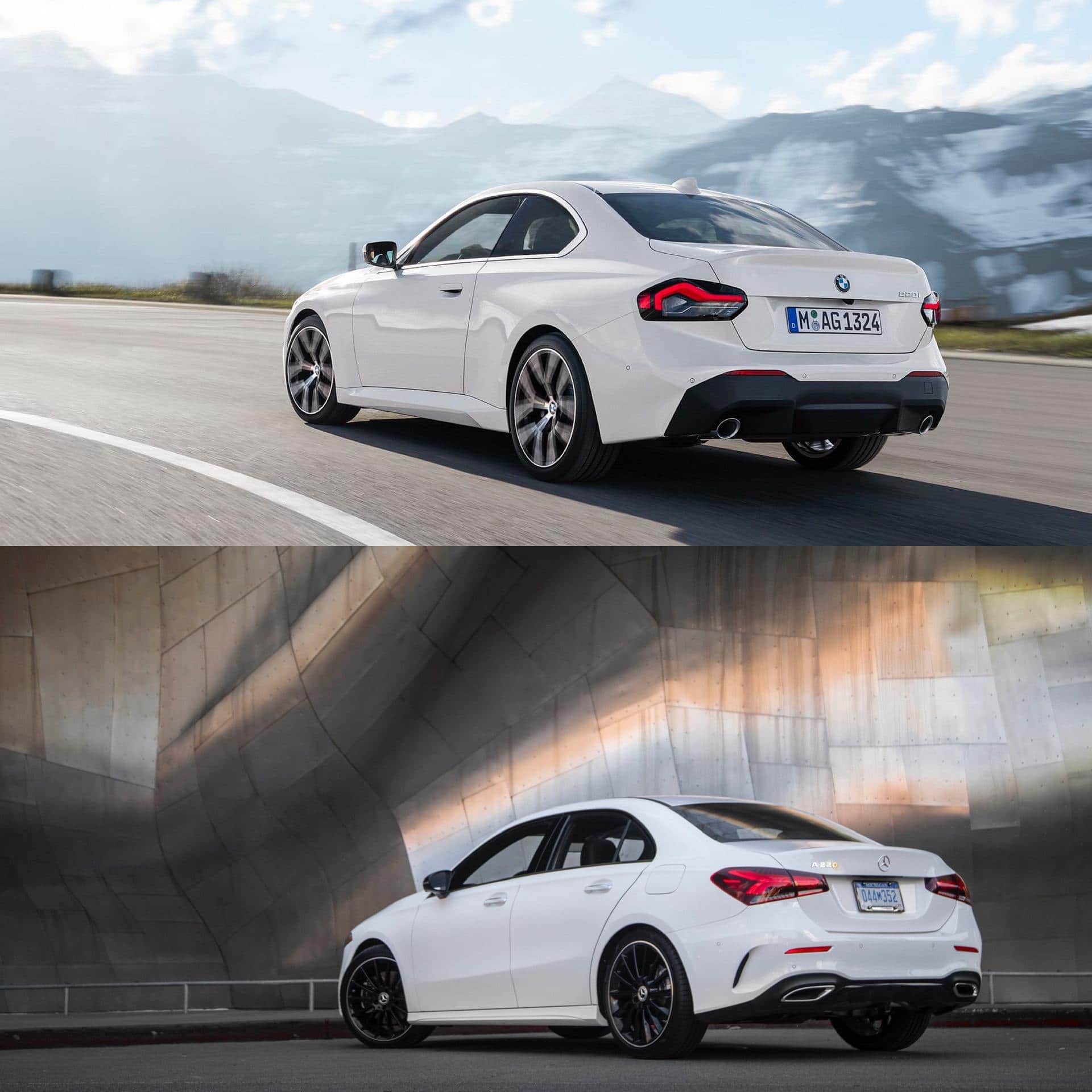 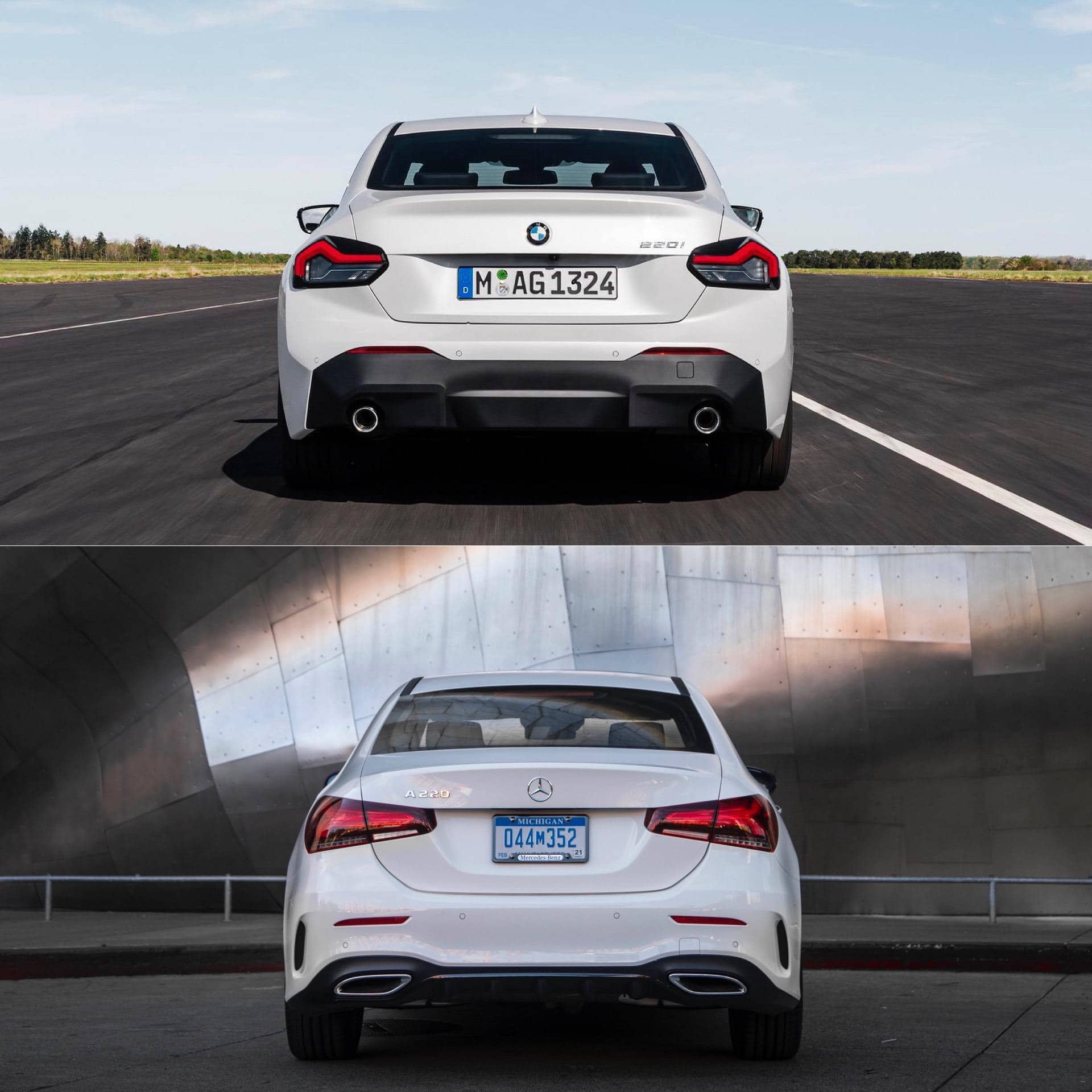 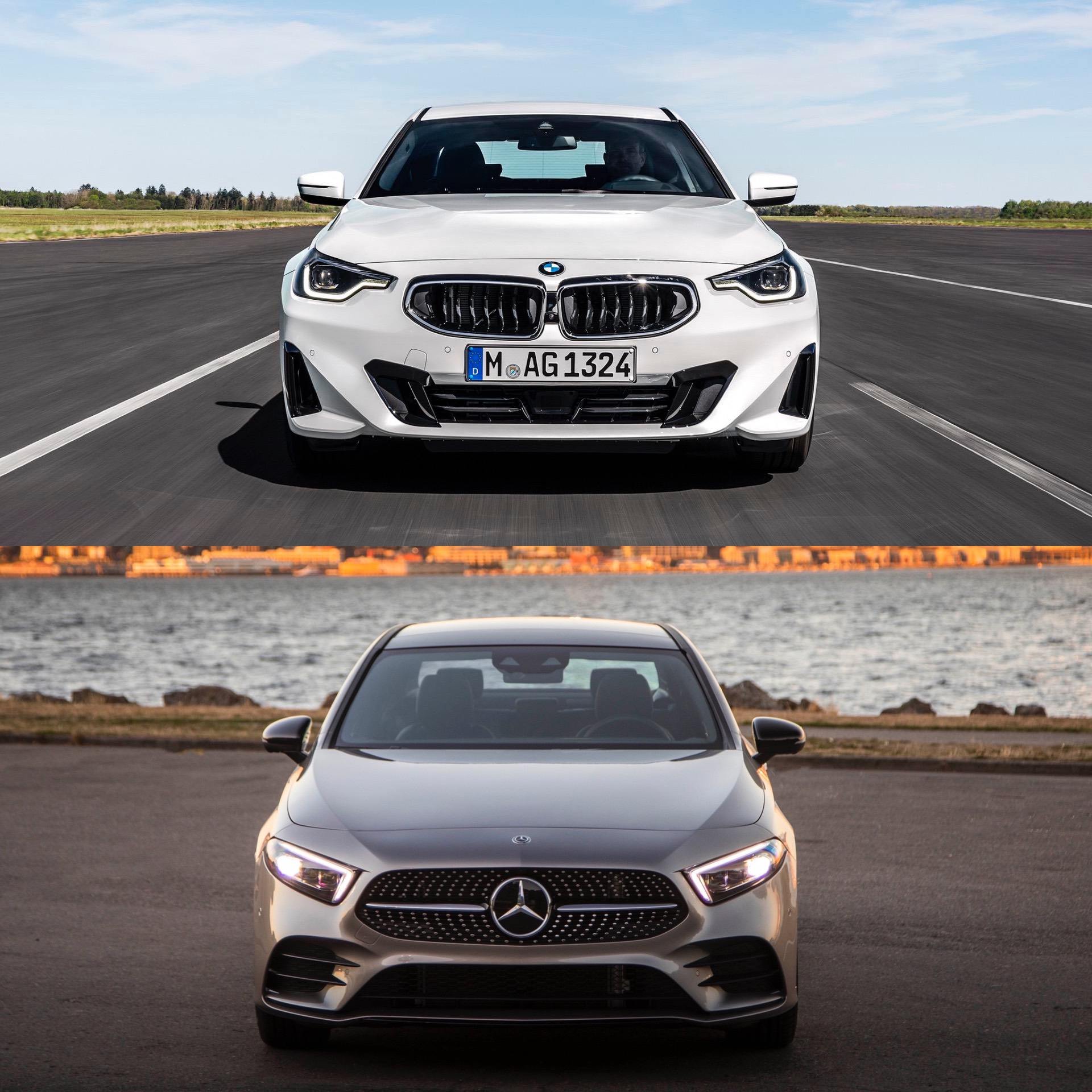