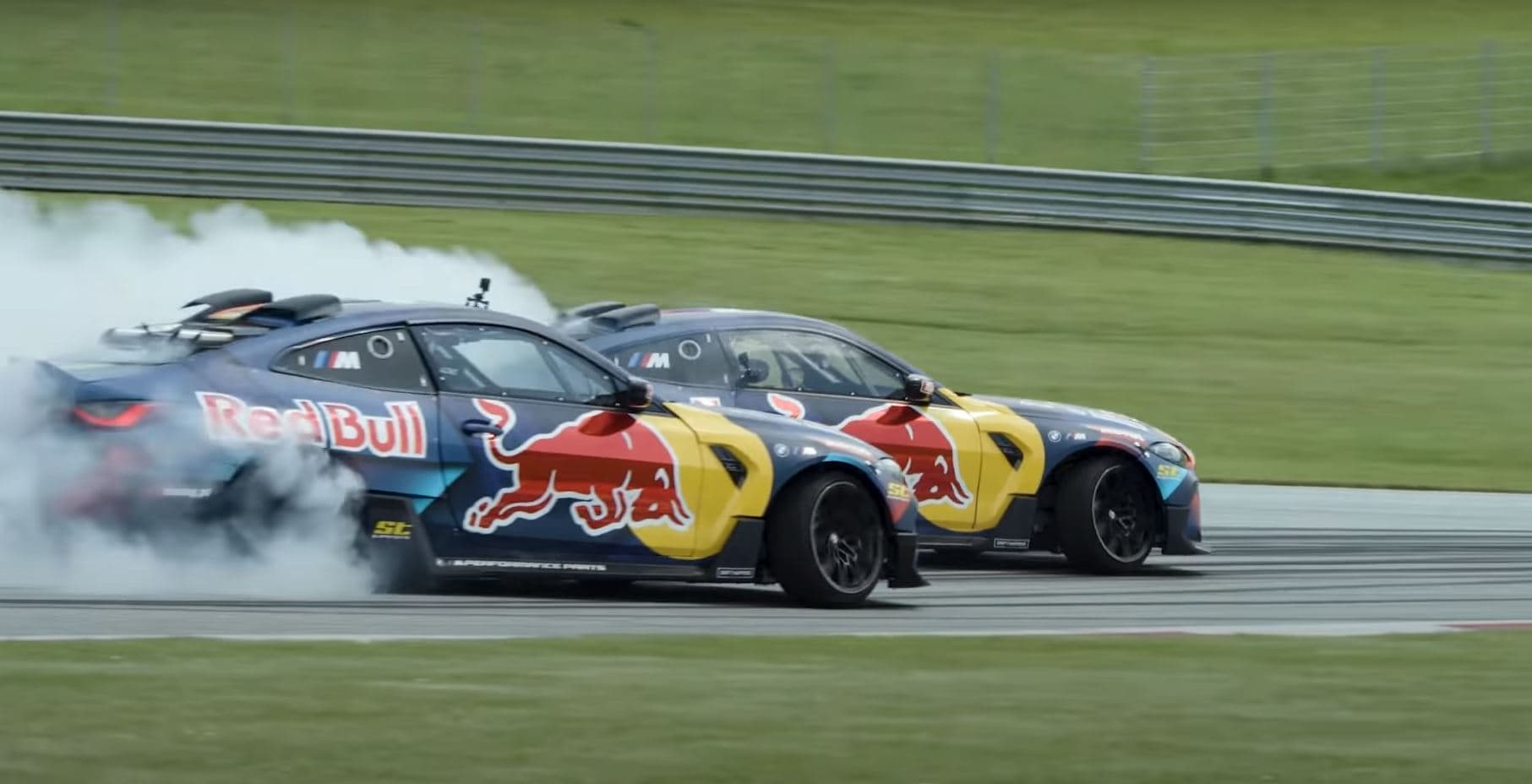 BMW cars have been the weapon of choice for many drifters over the years. Their rear-wheel drive setups combined with powerful engines up front made for a tantalizing proposition from the get go. Even in standard guise, most BMW M cars would be good enough for prolonged drift sessions. When the BMW M division gets officially involved, some amazing projects can pop up, like the one with the M4 Competition and Red Bull Driftbrothers.

The team from Germany made headlines as it is made up of family members. They truly are brothers, not just in name, but also in real life. And they do sign off on some amazing drifts. For their latest projects, they joined forces with BMW M and created two identical BMW M4 Competition drift cars that have just been unveiled and taken around the Red Bull Ring for the first time, in the presence of Markus Flasch, the CEO of the company.

The cars were prepared in just 8 weeks and the process involved a complete overhaul of almost everything around the car. From the aerodynamics to the suspension geometry and everything in between, the guys had their work cut out. The S58 engines got new, bigger turbos, a more efficient radiator and many other add-ons. According to the video, the engines now make over 1,000 HP and almost 1,300 Nm of torque.

That’s basically twice the power the cars make in standard guise. The exhaust also had to be modified and instead of the tailpipes going under the rear bumper, they have been rerouted to the rear window and look absolutely crazy. The body kit is crazy too, as Flasch points out and even the livery seems to fit the bill perfectly. Burning rubber in these cars will definitely be a pleasure, as Markus Flasch pointed out after taking one of them for a spin.