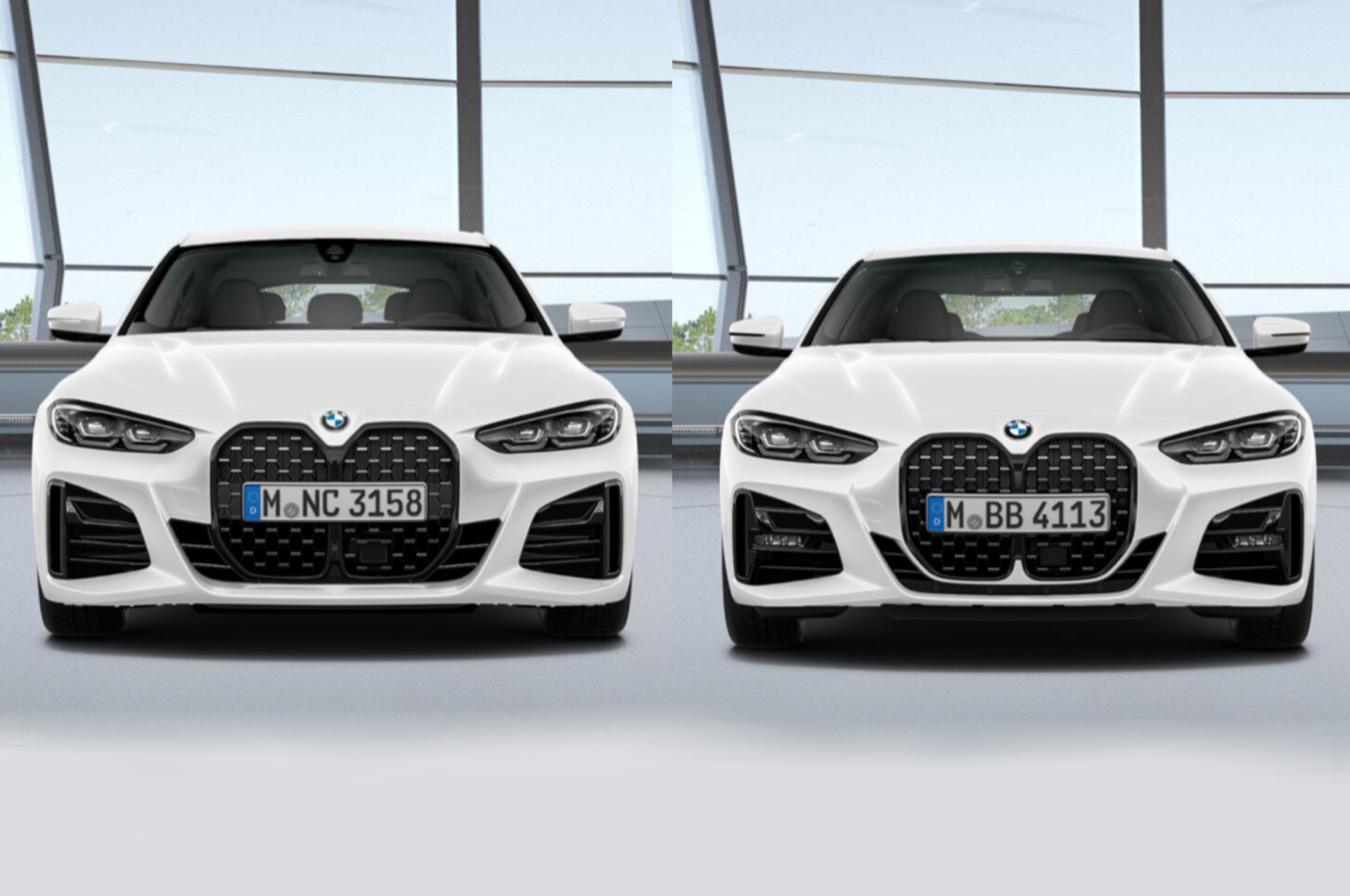 When I first saw the photos of the BMW 4 Series Gran Coupe, I liked it face more than the Coupe’s but I couldn’t figure out why. They both use the same grille, headlights, and front air intakes, so why would I like the Gran Coupe’s face more? It didn’t make any sense. Until some eagle-eyed viewers on our sister-site BimmerToday spotted something, so Benny from BT made a photo comparison, showing the differences between the two, with the 4 Series Gran Coupe on the left, and the standard Coupe on the right.

On all 4 Series Gran Coupe models, there are a couple of differences to the front end. For starters, it lacks fog lights below the headlights, in the side air intakes. That might act as a bit of a functional downside but it actually makes the front end look a bit cleaner. There also don’t seem to be the little notches at the bottom of the Gran Coupe’s front lip that the Coupe has.

However, the biggest difference comes when you equip the optional Shadow Line trim. With said trim, BMW blacks out the kidney grille surround on both cars. However, with the 4 Series Gran Coupe, there’s a slight addition that actually makes a big difference. In addition to blacking out the surrounding grille trim, BMW also blacked out the slim section of body panel between the bottom of the kidney grille and the front air inlets. This makes the bottom of the kidney grille sort of visually disappear, which then almost tricks the eye into seeing only the top portion of the grille. In turn, that sort of makes the grille seem smaller and more traditional, therefor better.

Of course, this is only a subtle visual trick and if you give it more than one second’s look, you can see the grille in its entirety. However, it does actually make a difference and it does look better, in my eyes at least. Though, it is sad that BMW has to trick its customers into only seeing a portion of its new design to make it look better.