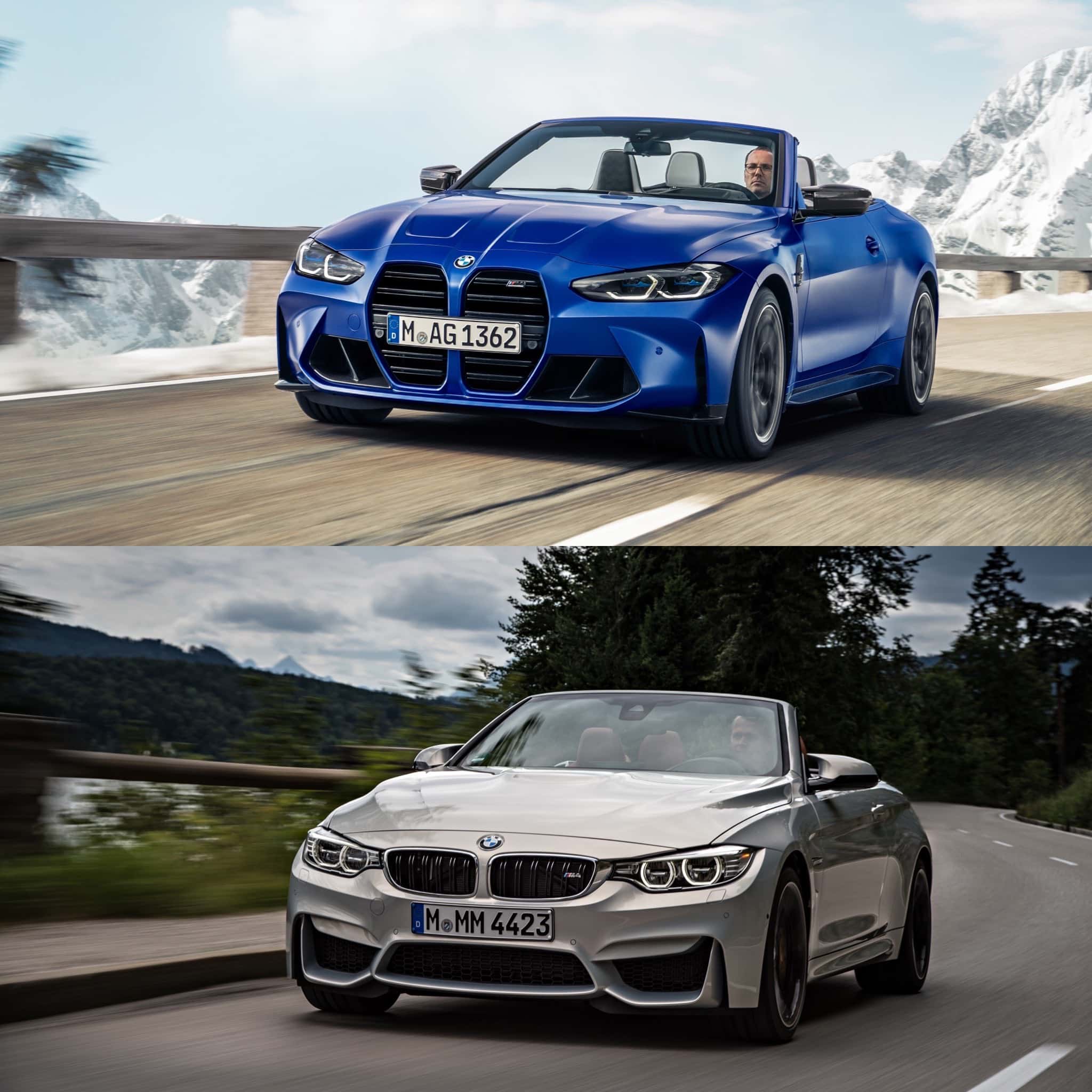 I’ve said it before and I’ll say it again — the last time I drove an F83 BMW M4 Convertible, I was rather disappointed. The F83 felt sloppy compared to the F82 M4 Coupe and it lacked the same sort of agility, making it feel less like an M car and more like just a fast BMW convertible. Now, this new BMW M4 Convertible is here — the G83 generation — and it brings about some very big changes that we’re hoping makes it far better to drive. However, we haven’t yet driven it, so there’s no way to tell if those changes have worked.

Instead, the only comparison we can do is of their styling. The new G83 M4 Convertible obviously borrows the Coupe’s styling but chops the roof off. However, the results of this comparison aren’t as predictable as that makes them sound. 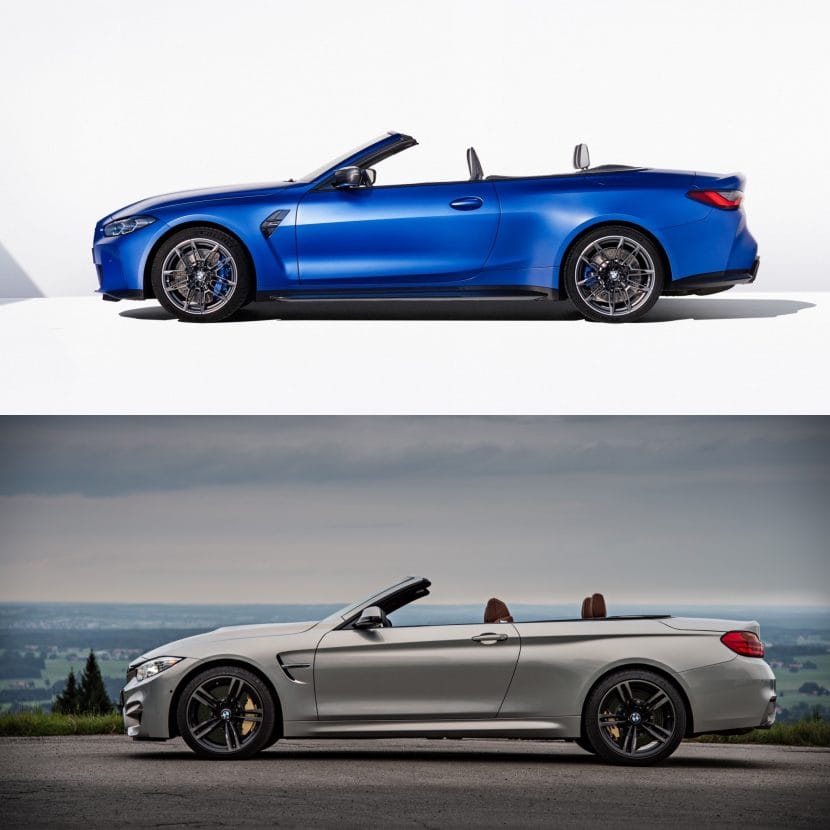 Up front, the old F83 M4 Convertible is the better car. The outgoing F80-chassis cars all sport better faces than the new G80-chassis cars. After driving the new M3, I’ve grown to forgive it for its mug and appreciate how it drives. That said, there’s no getting around the fact that its massive grille is just not good looking. The older car wins up front, no question.

The rest of the comparison is more interesting, though. In profile, the new BMW M4 Convertible is actually a very handsome thing. it’s sleek, sporty, and well-proportioned. With the roof down, it looks like a proper sporty convertible. With the roof up, it looks classy and sophisticated. While the outgoing F83 M4 isn’t bad looking at all, it just looks a but frumpy compared to the new G83. Also, with the folding metal roof up, the old car looks like an M4 Coupe that’s been drawn by memory by a five year old. The new soft-top roof of the G83 is a bit improvement and why it wins this part of the comparison. 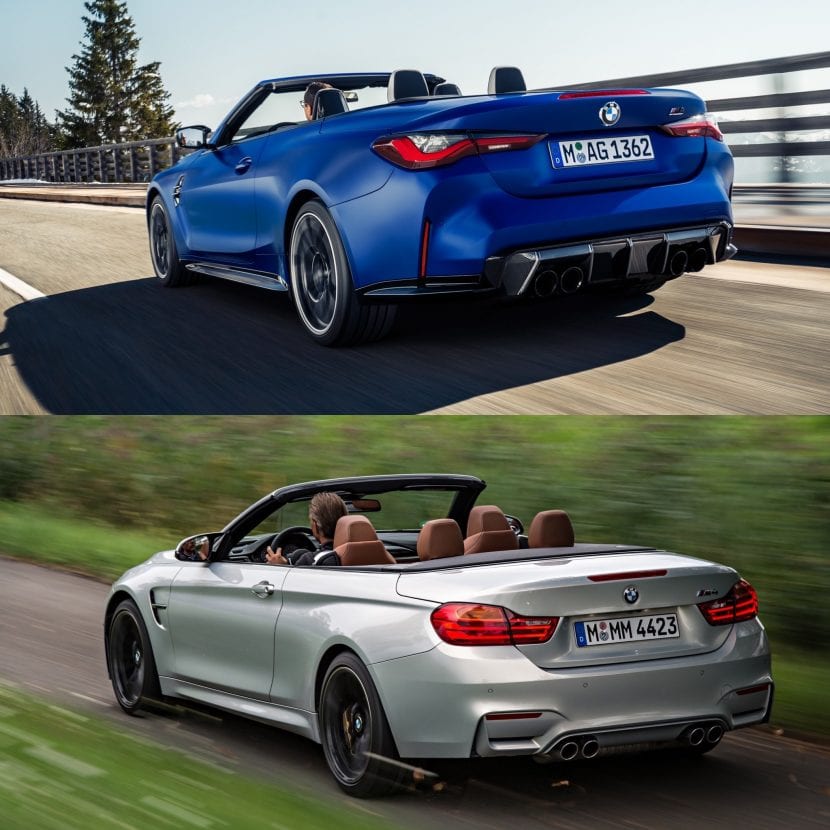 I honestly can’t believe I’m giving a new G80-series M car a design victory here but it’s the truth. The old F83 has the better looking face, hands down, but that’s the only part where it’s better looking. This new BMW M4 Convertible looks both sportier and more elegant, while also feeling more modern. Sure, it still has a face only a mother could love but the rest of it is damn fine. 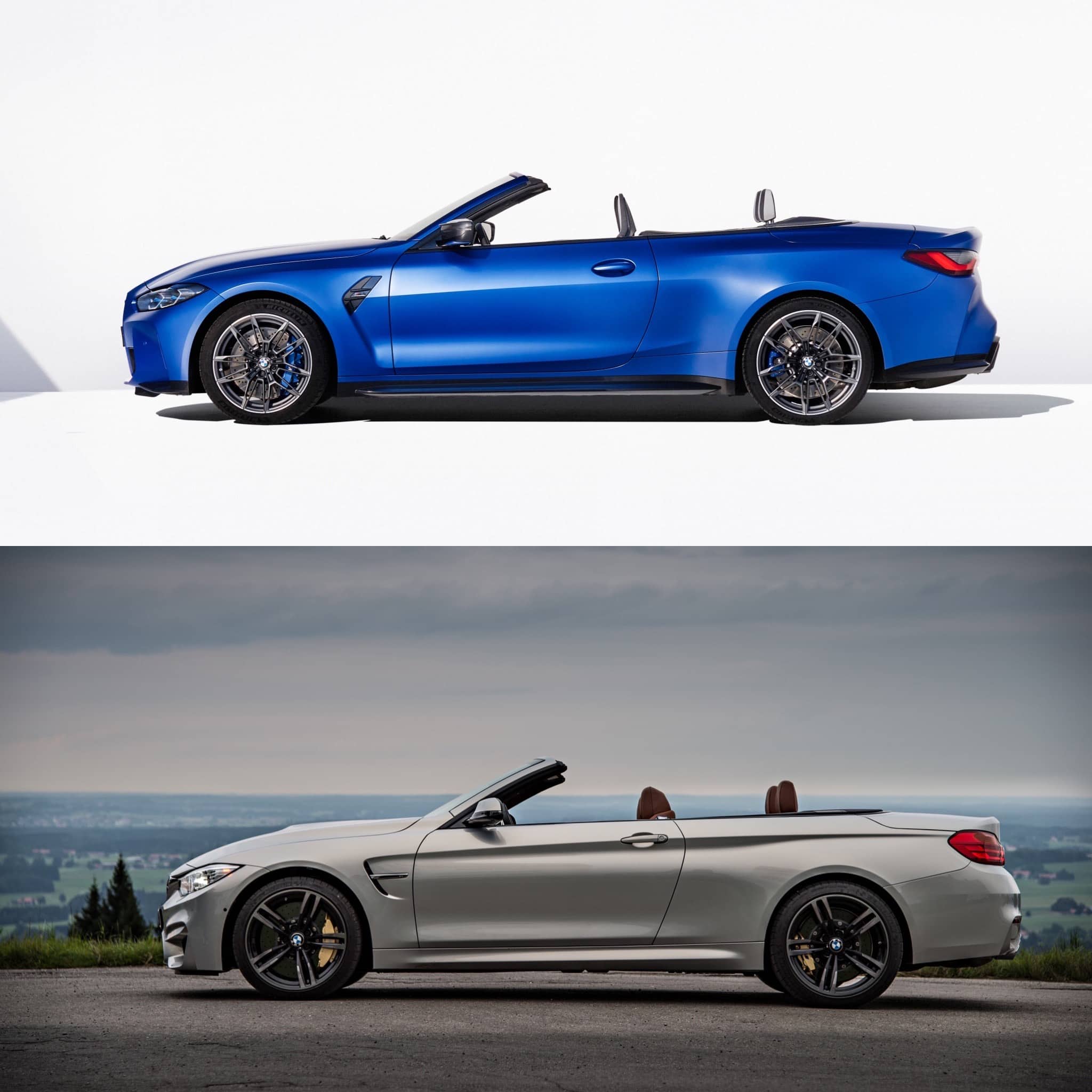 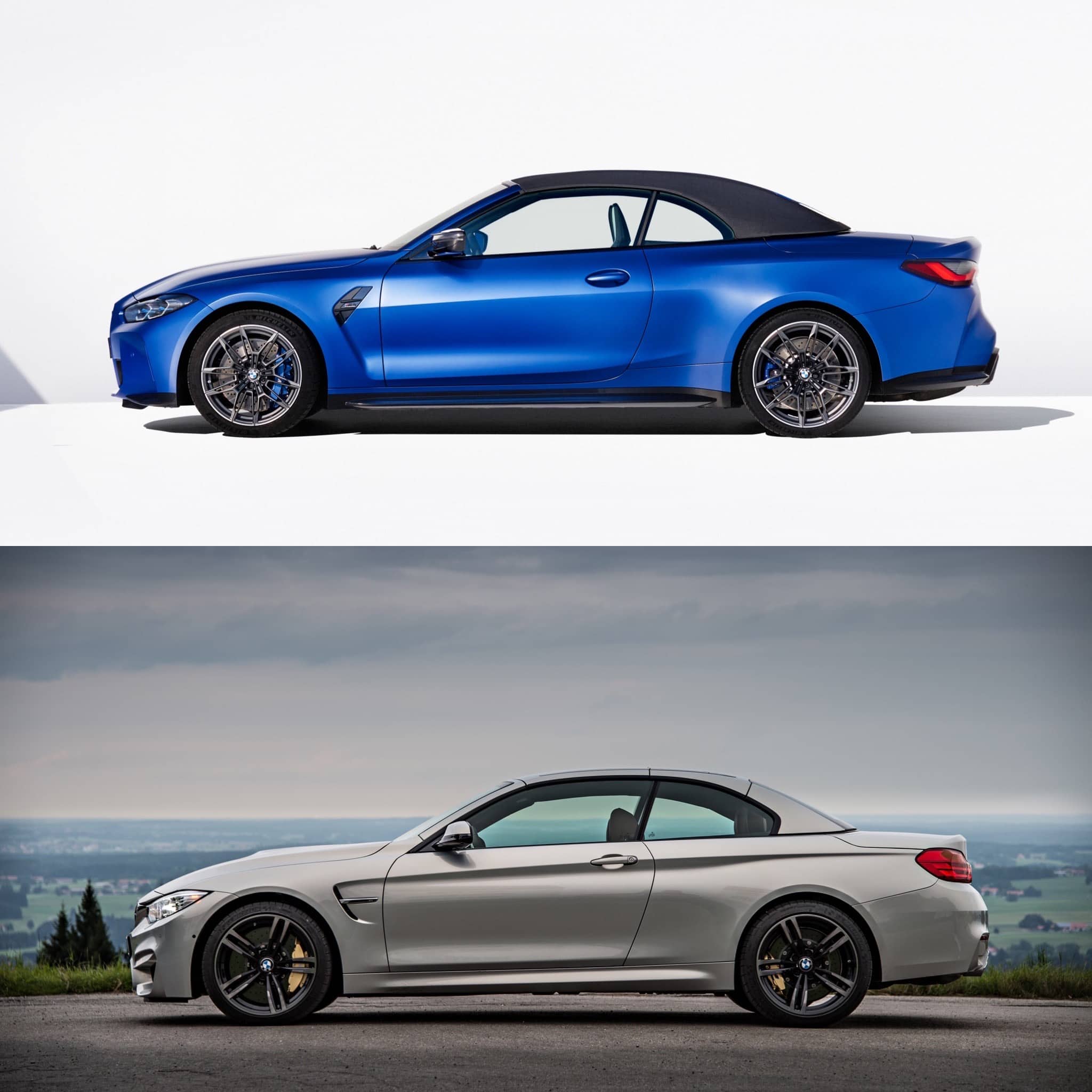 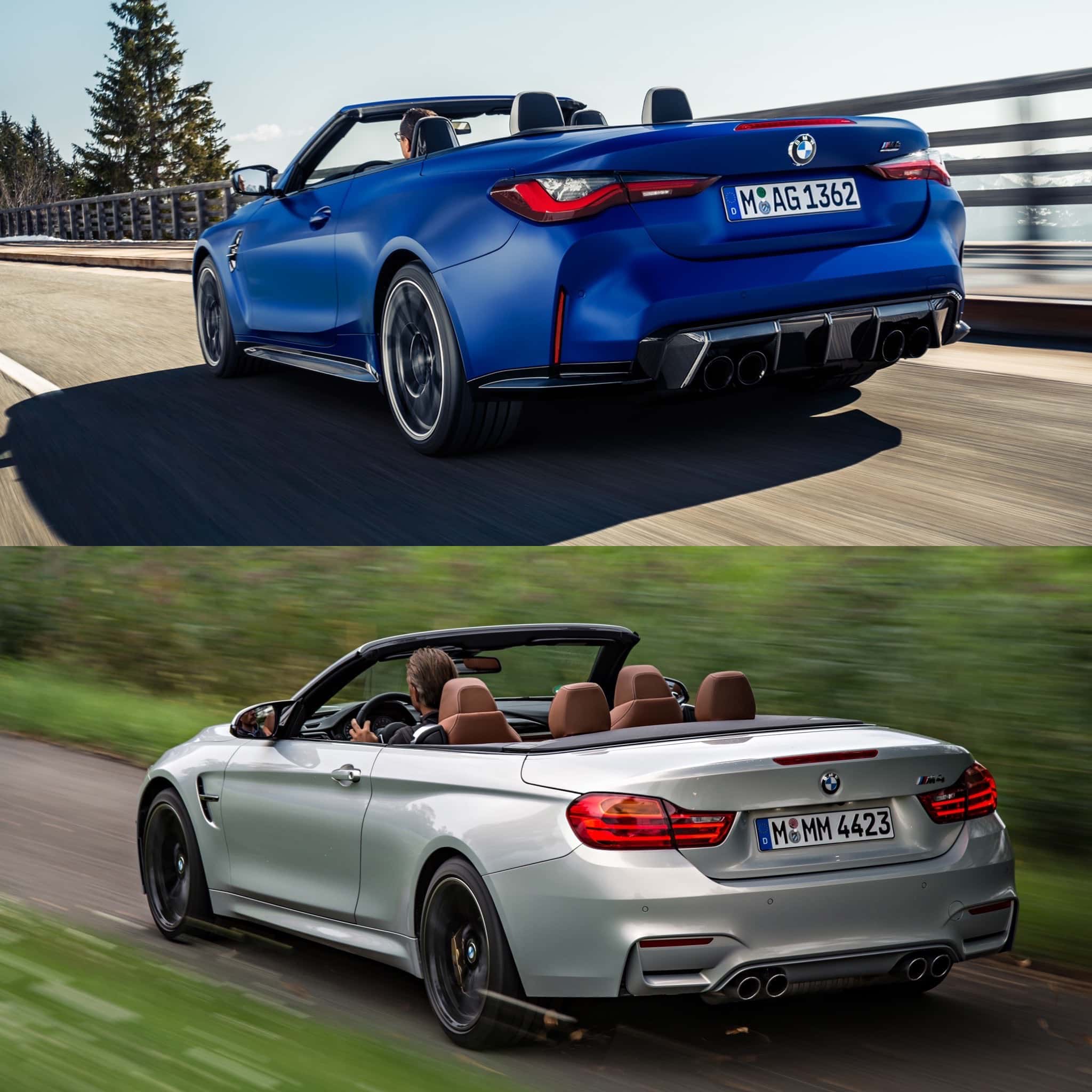