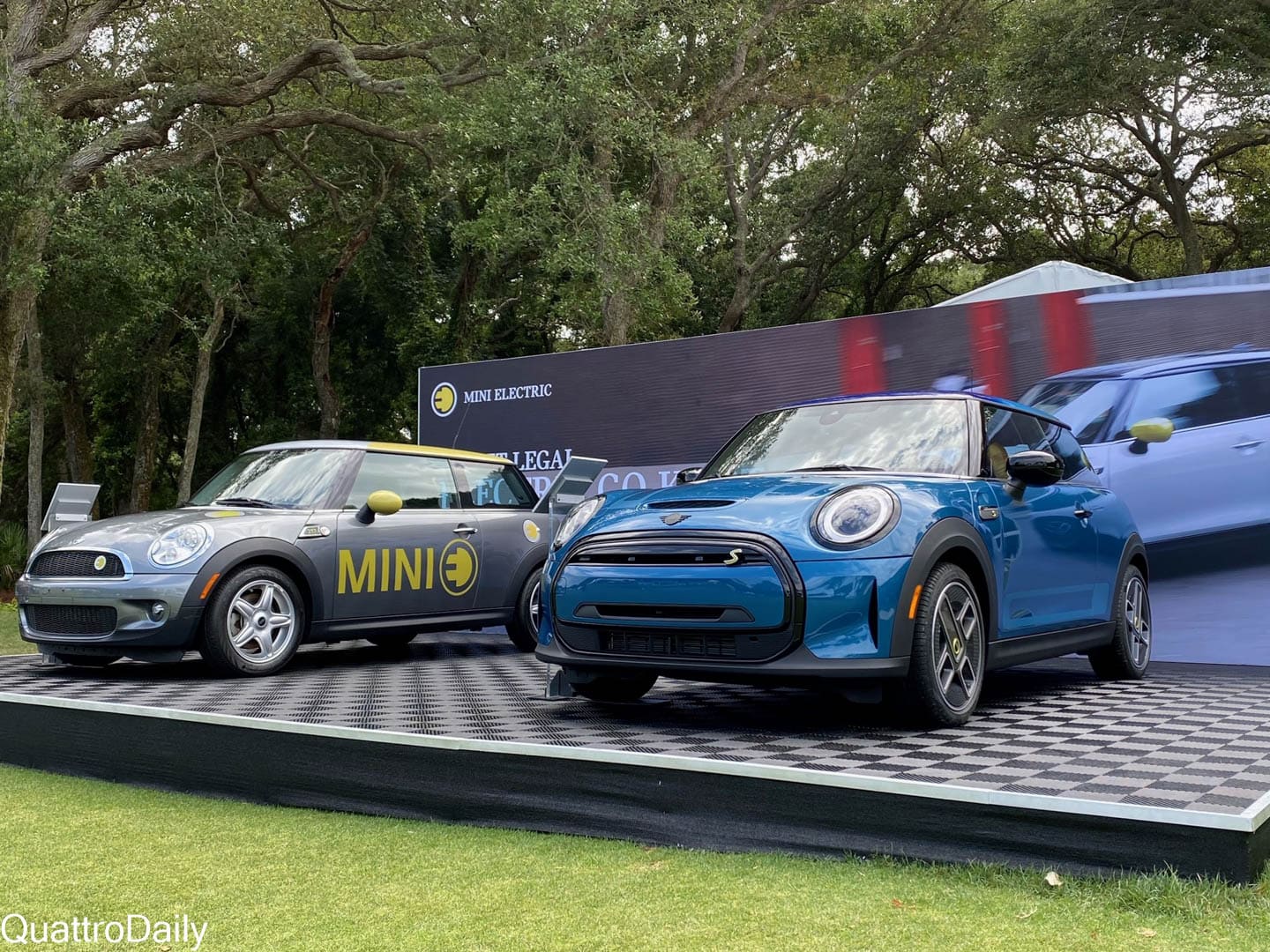 The Amelia Island Concours d’Elegance is currently underway and one of the cars on display is the all-electric MINI Cooper SE. Alongside the new Cooper SE is the original MINI E, which debuted in 2009. The MINI E was a test-bed for future electric technologies and one could say it was the test-bed for the BMW i3’s powertrain. It wasn’t exactly revolutionary at the time but it did help BMW and MINI get their feet wet in the EV pool. Now, more than a decade later, it sits next to a new all-electric MINI, showing where the brand came from and where it’s headed.

“With the focus of this year’s event on electric mobility, MINI USA is delighted to be part of the 2021 Amelia Island Concours d’Elegance, said Patrick McKenna, Department Head of Marketing, Product and Strategy, MINI USA.  “The new MINI Cooper SE reflects MINI’s historic and iconic character making it the most ‘fun to drive’ yet most attainable EV on the U.S. market.” 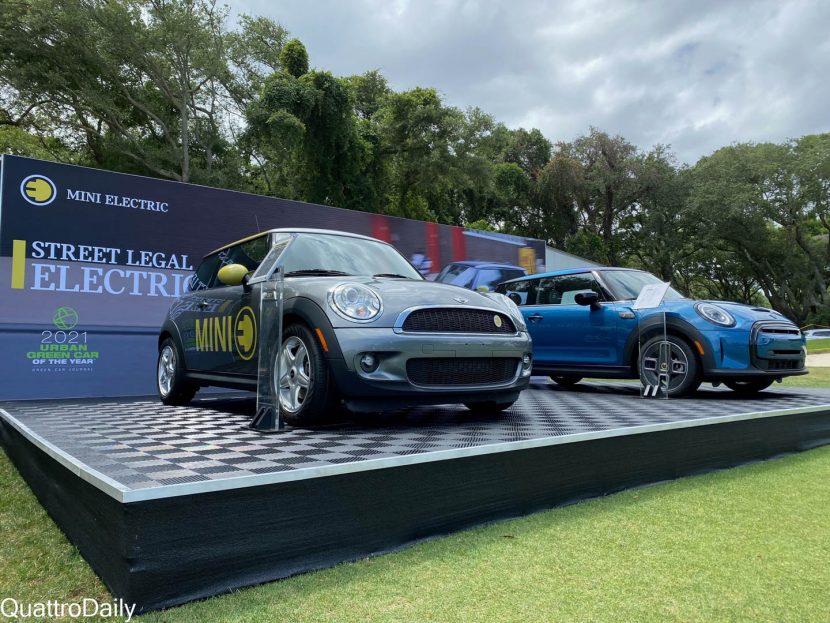 Back in 2009, the original MINI E had an EPA-rated range off 100 miles and a 204 horsepower (150 kW) front-mounted electric motor. Interestingly, next to the original MINI E, the new MINI Cooper SE doesn’t show much progress, as it has 181 horsepower and 114 miles of range. On paper, the new car is actually a step back. Though, the original MINI E was far more exclusive and was an expensive project. Only 500 cars were made for specific lessees and were only available on one-year leases. Not to mention the eye-watering $850 per month lease price, which is almost as much as the lease price of a BMW M3 Competition.

However, both cars really are just stepping stones to MINI’s next goal, which is full-electrification. The BMW Group already announced that the entire MINI brand’s lineup will go electric within the next few years. We can’t wait to see what new cars sit side-by-side with the MINI E and MINI Cooper SE at future Concours events. 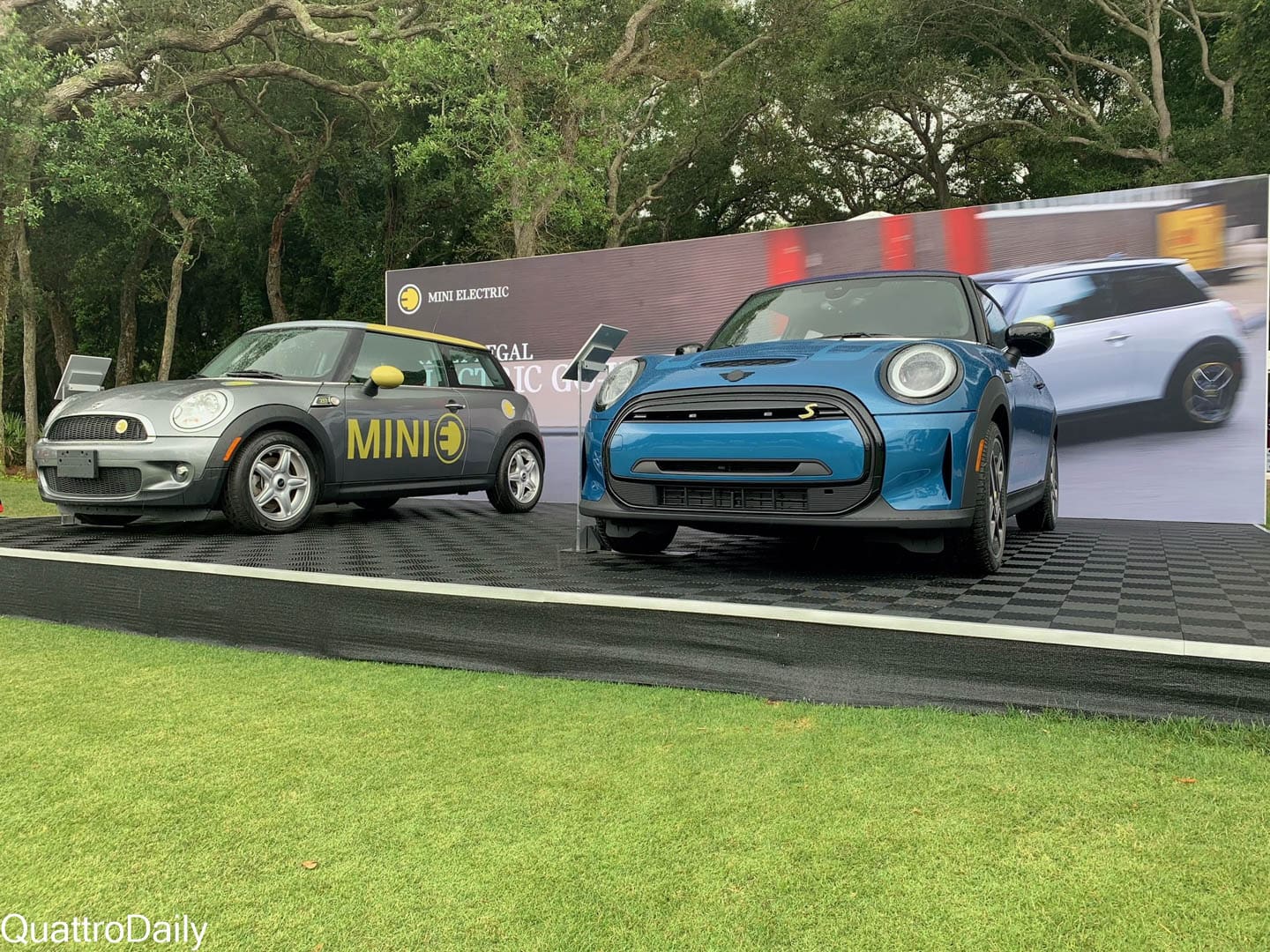 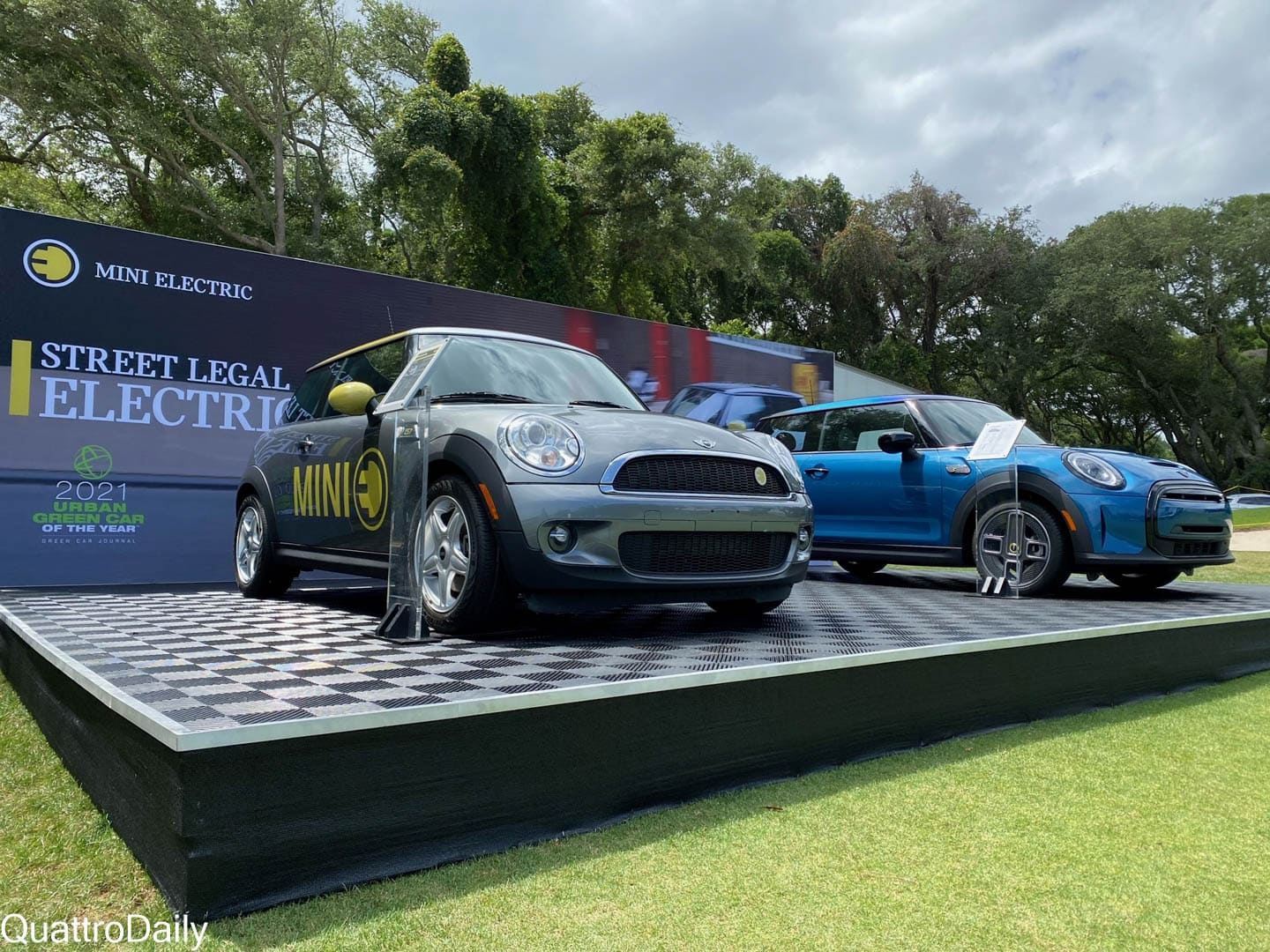 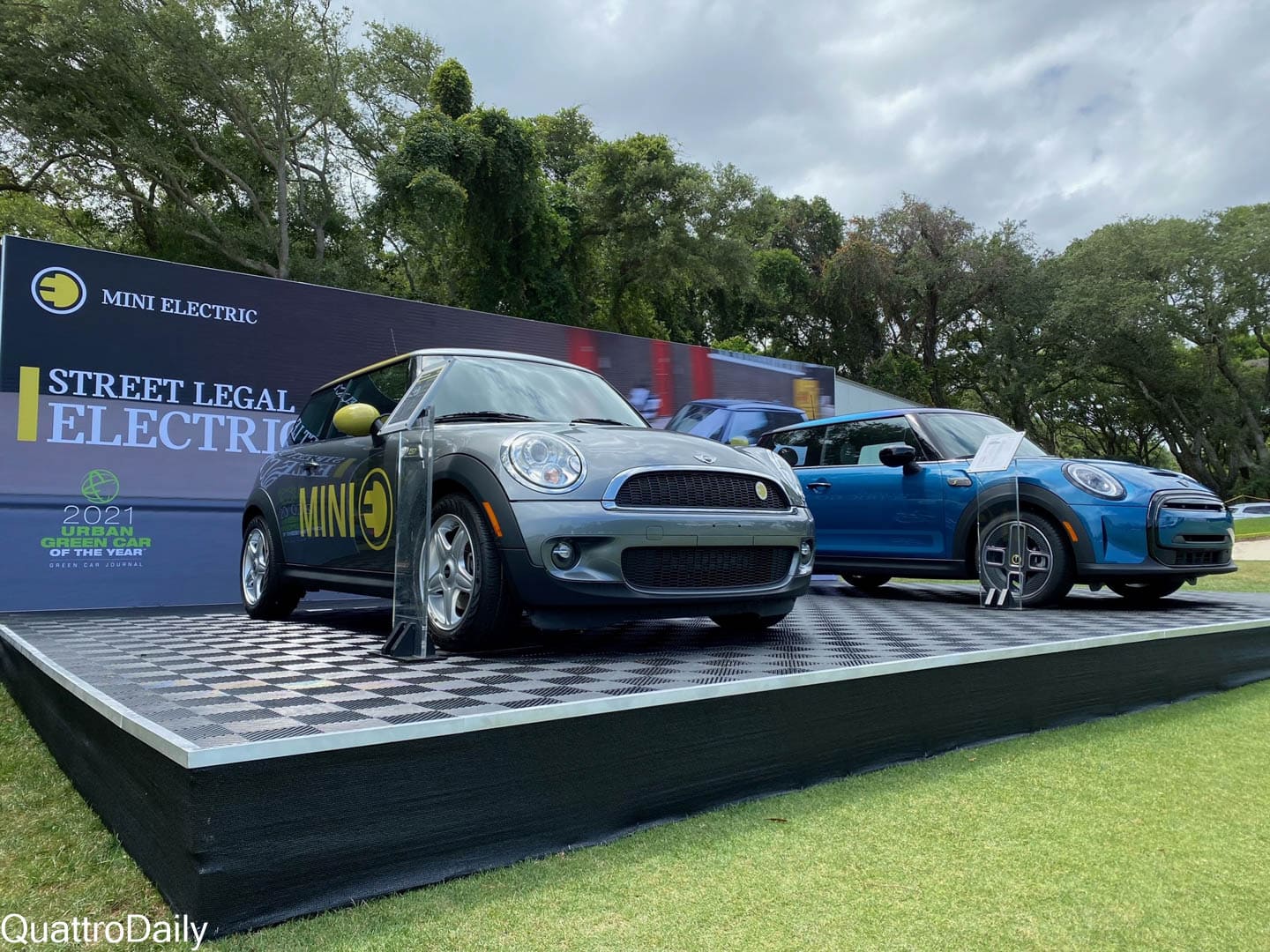 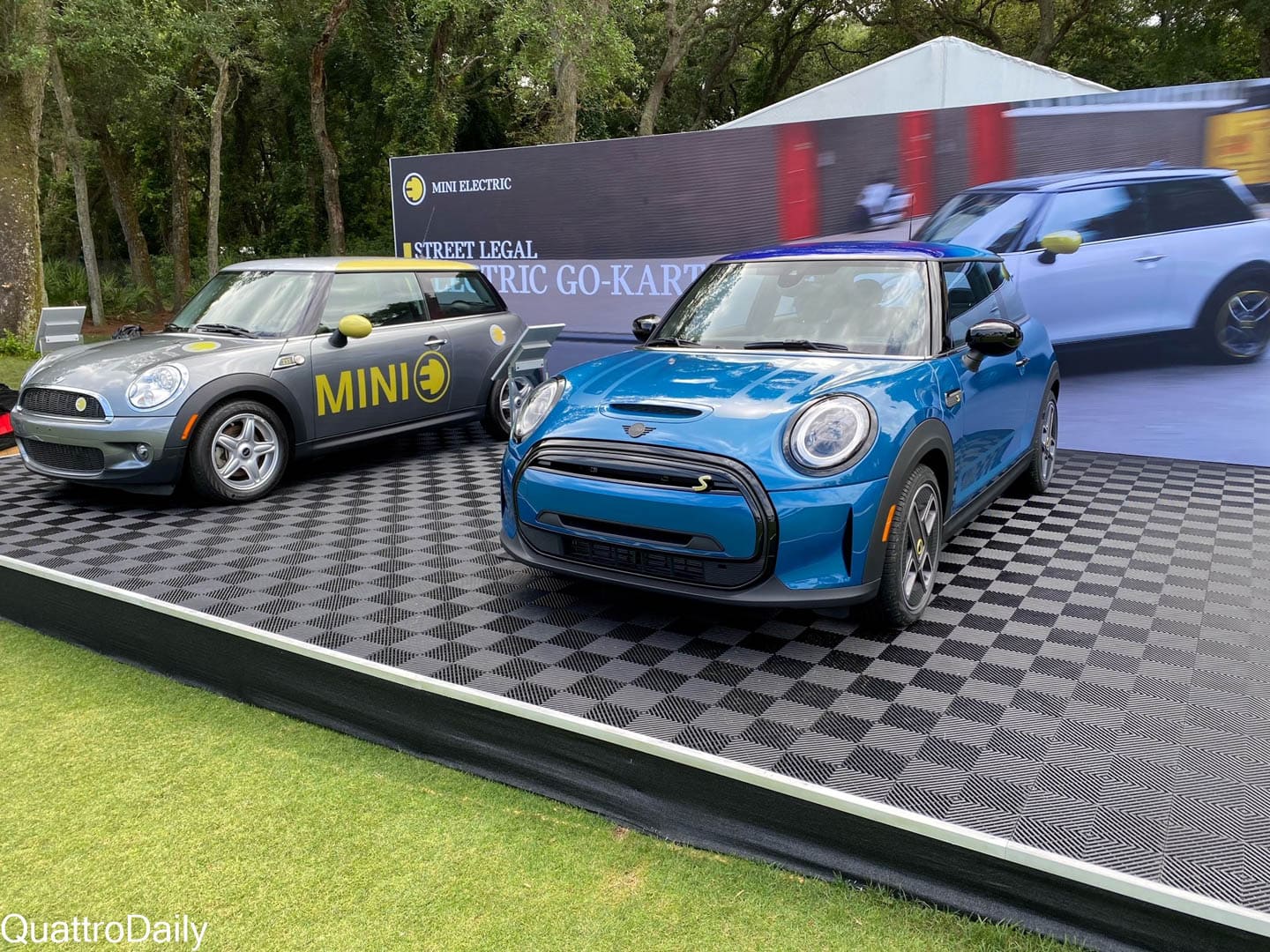 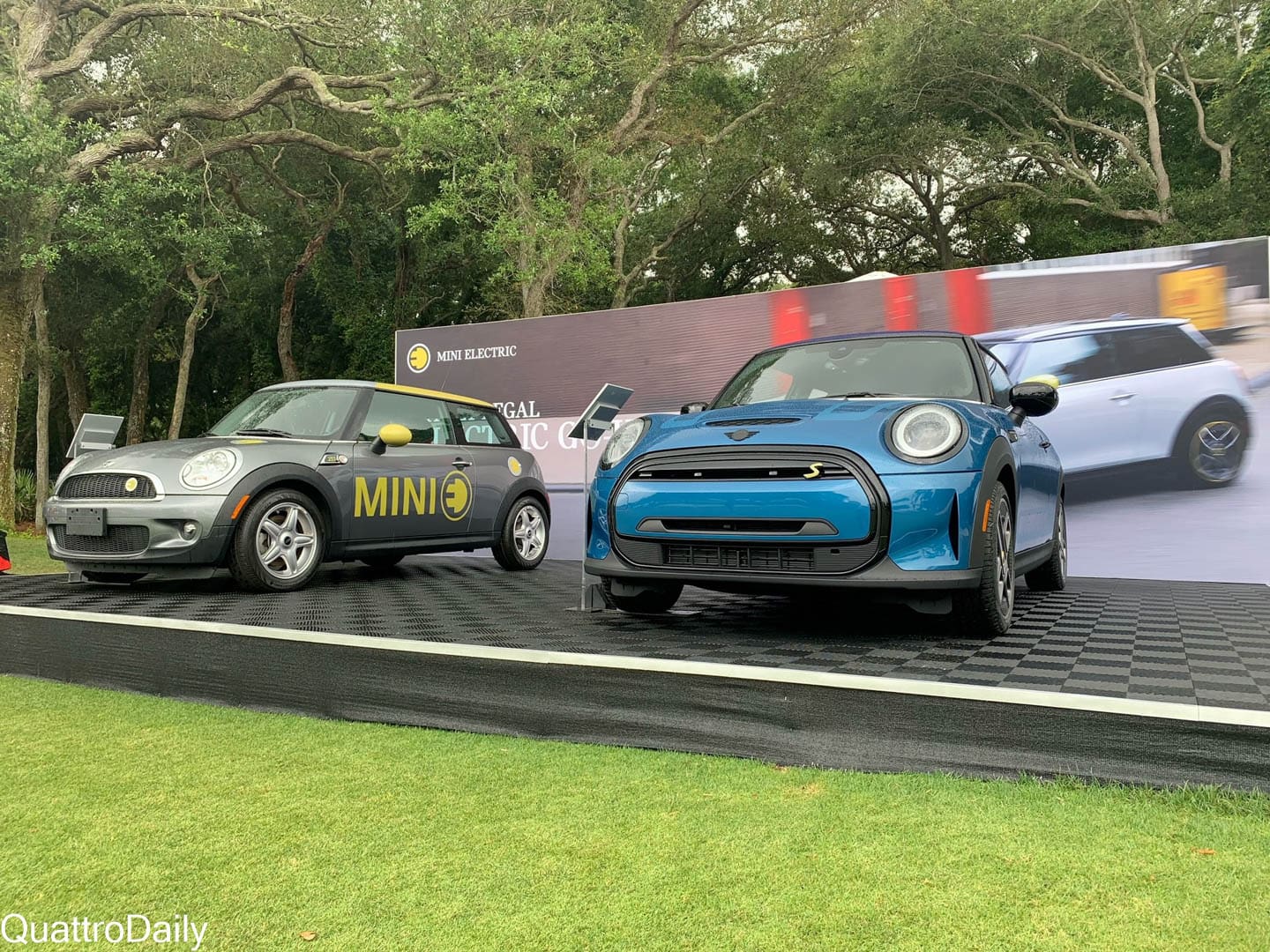