This new generation G80 BMW M3 is ruffling more feathers than any M3 before it. To be fair, it shouldn’t be ruffling as many feathers as it is, as the controversy is almost entirely due to its new design (and some for its weight) and not how it drives. Superficial changes aside, the new BMW M3 is a surprisingly good car to drive and it all starts with its fantastic engine.

However, AMG fans are facing a more interesting change for the beloved C63, as the uber-hot C-Class is going to lose its wonderful V8, making way for a new four-cylinder hybrid setup. So we ask, which would you rather have: An old-school engine with funky odd looks (M3) or a good looking car with a hybrid powertrain (C63)?

Of course, this is a flawed comparison from the get-go. The Mercedes-AMG C63 hasn’t even been revealed yet, never mind driven. However, this question is really about which brand’s philosophy you prefer. BMW decided to stay traditional with its powertrain but go in a bold new direction, in terms of styling. While Mercedes-AMG, on the other hand, is going to stay pretty traditional, in terms of styling, but offer a bold new powertrain.

While we don’t know exactly what the C63 will look like, we’ve seen enough spy photos to know that its grille will be pretty traditional, its headlights look very Mercedes-eque, its shape is reminiscent of this current C63, and it will even still get quad exhausts, despite being a four-pot hybrid.

So it’s going to look like a proper Mercedes-Benz, without a radical departure from its core styling. Which is a good thing, as most current Mercedes and AMG products are fabulous looking and the C-Class is a stunner in all of its variants.

When the Mercedes-AMG C63 does debut, its four-cylinder hybrid powertrain is claimed to make over 600 horsepower. So it’s not as if AMG is going soft all of the sudden. Quite the contrary, AMG isn’t even using hybrid tech for efficiency, with AMG engineers claiming it was done purely because it’s the best way to make that much power right now. With electric motors and all-wheel drive, a 600 horsepower hybrid C63 AMG will be frightening for all of its competitors. And if it looks great, to boot, it’s really going to attract some customers. 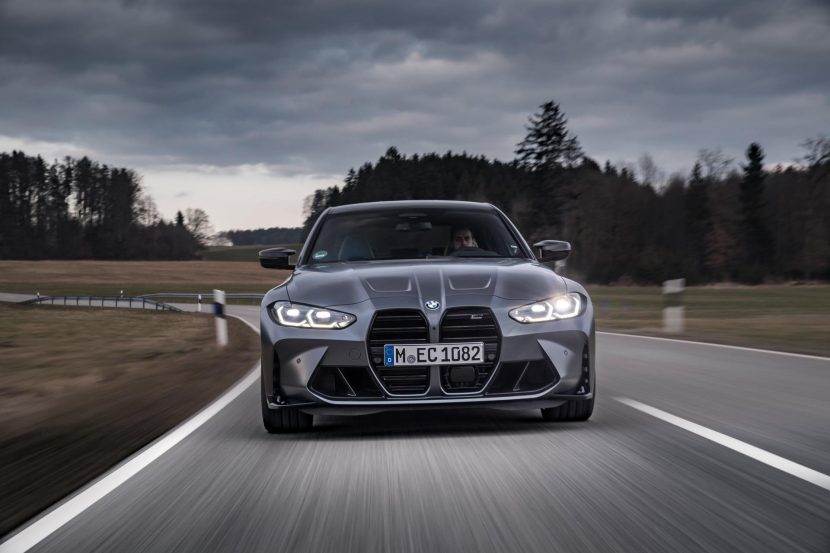 On the flip side, the BMW M3 is a car that’s forever going to be criminally underrated. It’s a great driving car; it has great steering, good chassis control, fantastic performance, and even a good ride; yet no one seems to be able to get past that grille. BMW decided to go in a very bold new direction with its styling and it’s not backing down. BMW wants its designs to be fresh and new, rather than relying on those of the past. However, the rest of the recipe is classic BMW M; straight-six, rear-drive, and even the option for a manual gearbox.

There’s no right or wrong answer here, and it’s not as if either BMW or AMG had a binary choice; go with a bold powertrain or bold looks; but there are going to be customers that have to decided between both cars and that binary choice will be theirs. So which choice would be yours?