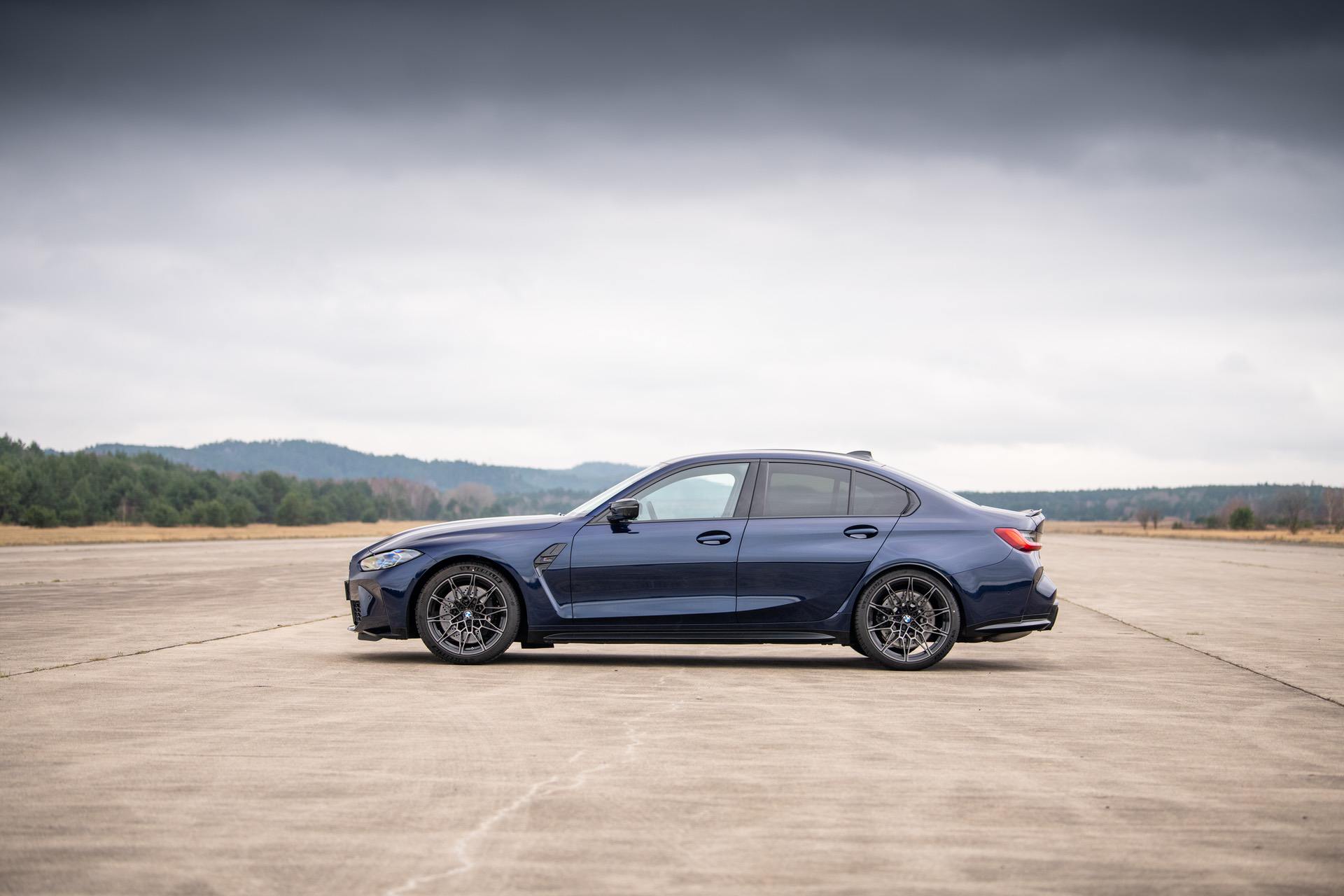 To say that this new G80-generation BMW M3 is controversial would be putting it lightly. The new grille design, along with many other elements of its design, have been dividing car enthusiasts since it debuted. Its polarizing new styling has sort of put BMW enthusiasts into camps — those that like it and those that don’t — and neither camp seems particularly interested in listening to the other, at least if our comments section is anything to go by. 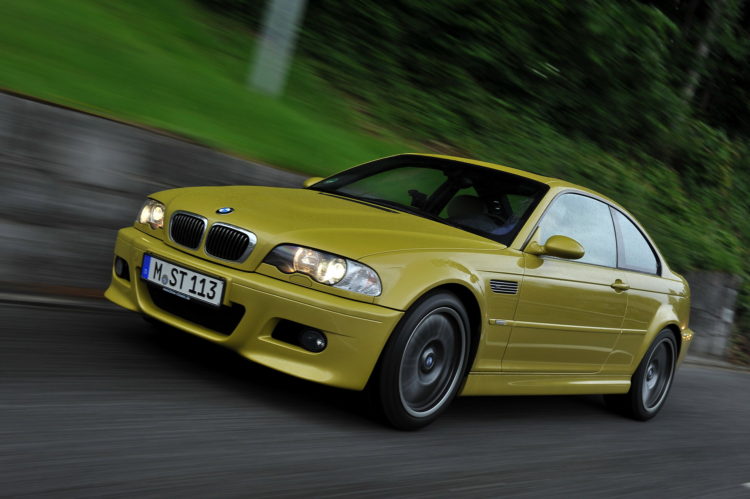 There were only two other BMW M3s next to the G80 M3 in this little reunion but that’s enough to get a good idea of where the M3 came from, in terms of design. The two M3s in question were the E46 BMW M3 and F80 BMW M3. The former is three generations old now, while the latter is only one generation behind.

Compared to the E46 M3, the new G80 BMW M3 looks like it comes from an entirely different automaker. Forget any talk about familial heritage you might hear from BMW, the new G80 has almost completely diverged from the E46’s styling. The Hofmeister kink is a shadow of its former self, the G80’s front overhang is massive by comparison, the E46’s cool side vent is replaced with a fake “Air Breather”, and the G80 has increased its vents and scoops by about tenfold. Forget the absurdly huge new kidney grilles, which are obviously massively different, the entire car looks like it comes from an completely different lineage. 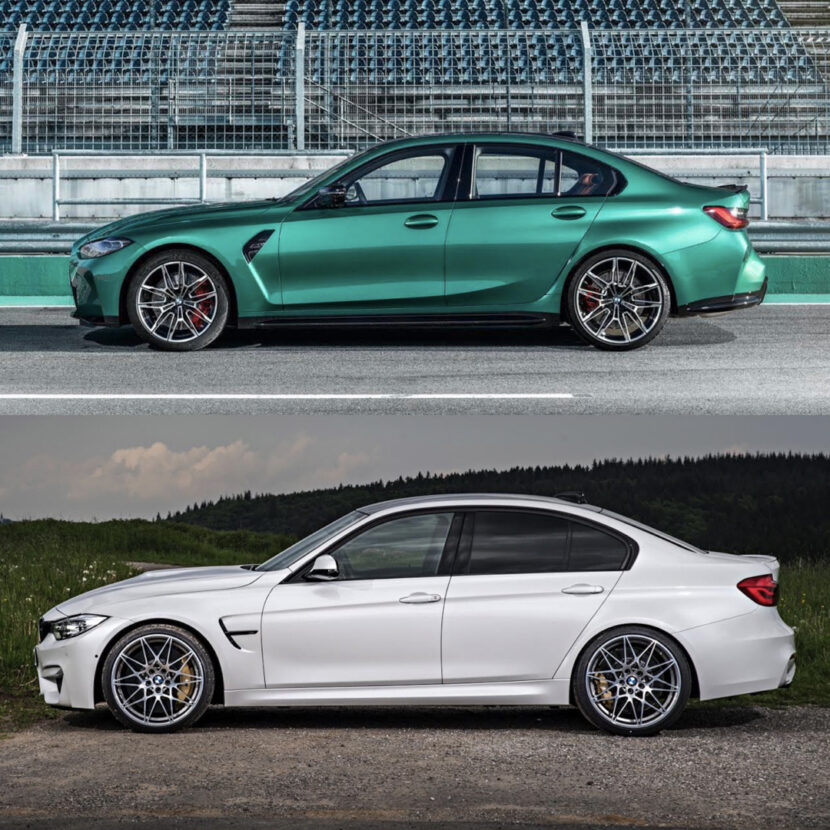 When you compare the new car to the previous F80-gen BMW M3, it’s shocking just how good looking the older car looks. I remember when it first debuted, I wasn’t sold on it. Now, sitting next to the new G80, the older F80 looks positively gorgeous. It has the perfect blend of subtlety and aggression and, even more surprising, is just how similar it looks to the E46. Obviously, it’s massively different, being over a decade newer, however, there’s a very clear familiar lineage in their designs. The F80’s shoulder line, side skirt lines, front overhang, and Hofmeister kink are all surprisingly similar to the iconic E46. While the G80 looks completely different.

However, none of this is to say the G80 BMW M3 is bad looking because it’s different. Being different looking isn’t a bad thing by itself. Though, it is quite shocking to see just how much the M3 has changed, when compared to its predecessors. BMW is clearly taking a bold leap in its design and only time will tell if it pays off.