Ever wondered how much of a difference tuning makes on otherwise identical cars? We’ve seen all sorts of tuners out there offering immense levels of power and they always come with incredible claims. But how do they translate into real life? The guys from CarWow decided to see for themselves and they went all out, testing a 1,000 HP BMW M5 against a standard M5 Competition and a ‘measly’ BMW M550i.

What’s very interesting to note here is that all three cars use a 4.4-liter twin-turbo V8 but there are so many differences between them that the end result is completely different. The M550i is the starting point, with its N63 engine delivering 530 HP and 750 Nm of torque.

Then there’s the M5 Competition that uses an S63 engine. Even though the capacity is the same, the S63 engine has had a lot of work done, including different pistons, different turbos, a better cooling system and so on, in order to reach 625 HP and 750 Nm of torque safely. 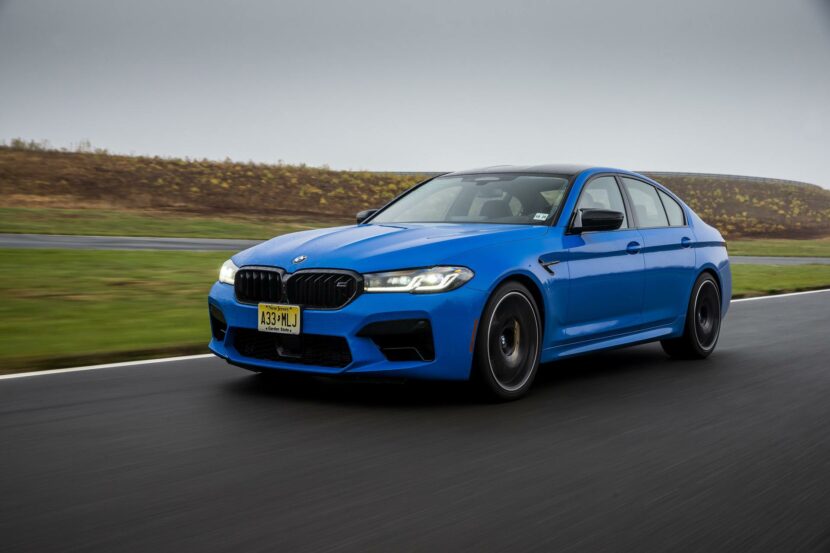 Next we have the 1,000 HP M5. You’ve seen this car before on our website, as it is the monster developed by the guys from Evolve. It’s a bolt on tuning project which means it has had almost everything upgraded. From a new set of turbos, to forged pistons, a new exhaust, meth injection and a lot more. On top of the 1,000 HP it has, it also comes with 1,100 Nm of torque, an incredible figure even for supercars these days.

So, how do they compare? Before watching the runs, we need to point a few things out. The tuned M5 can’t use launch control and that may make a huge difference in the outcome of the race over the 1/4 mile, especially since the track was wet. That’s because the car’s internals (namely the transmission) can’t handle all that power and torque with the launch sequence. Therefore, it seems, at least in the standing start race, that the gloves are off. Let’s check out what happened.