I recently had the chance to drive the new BMW M550i, post facelift, and came away not only impressed but with a real appreciation for what it is and its place in the BMW lineup. The M550i is a car of its own and isn’t trying to be anything else; it’s honest; and I like that about it. In this new video review, I show off the new features, what I liked about it, what I didn’t like about it and whether or not it’s a poor man’s M5.

By far the biggest question asked when journalists drive the M550i is whether or not it’s worth getting it over the M5. The problem with that question is that it makes no sense. The BMW M550i is not trying to be an M5, it isn’t anything like an M5 and has no business being compared to an M5. They’re two very different cars with very different flavors. If a customer really wanted an M5 but bought the M550i because they wanted to save some money, they’d be disappointed. And if someone bought an M5 because they though it was the ultimate M550i, they’d also be disappointed. 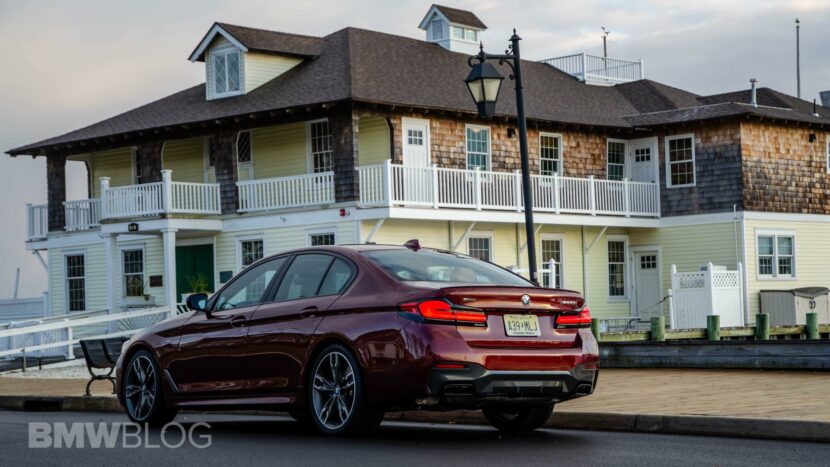 The BMW M550i is comfy, quiet and soft. It just so happens to have a weapon’s grade warhead underneath its hood. The M550i is the car you buy to shuttle you to work everyday but also blast down the Autobahn at unholy speeds. While the BMW M5 is far sharper, more engaging and harder edged. The M5 has sharper steering, a firmer right, an even more manic engine and a cabin filled with (fake) engine noise.

So to answer the question; the BMW M550i is not a poor man’s M5. It’s a car all of its own, with its own distinct flavor that’s bought by people who want it, not by people who can’t afford the M5.