Many BMW customers are waiting rather impatiently for the release of the next-gen BMW 4 Series Gran Coupe. Customers love the 4er GC and it has a bit of a cult following, due to the previous-gen car’s ability to blend sports car styling with four-door liftback practicality. Not only is the 4 Series GC a four-door, four-seater car but it also has a hatchback, instead of a traditional trunk, making it more practical and more usable than even the 3 Series sedan, while boasting 4 Series styling. So those same impatient customers will be happy to learn that a new spy video has surfaced, showing off their favorite new car lapping the Nurburgring.

In the video seen below, we get to see the new 4 Series Gran Coupe, entirely covered in camouflage, hammering it around the ‘Ring. The test driver must not have just been going through the motions and was properly pushing the car, even overtaking some other drivers. Which is good because it allows us to see what the new car can do, at least as much as we can from a video on YouTube. 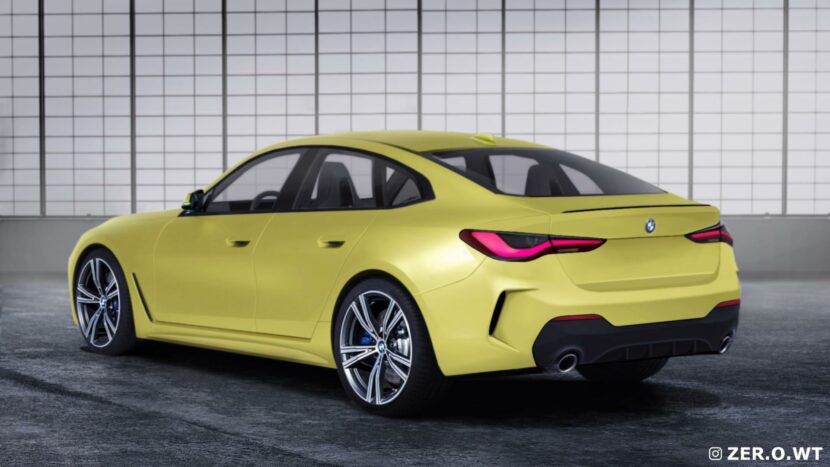 The BMW 4 Series Gran Coupe seems like a very capable, seriously quick car but that’s no surprise. The standard 4 Series Coupe is a shockingly capable car, especially in M440i-spec. It’s not the most thrilling, and can feel a bit sterile, but it’s certainly fast and can lap a track quickly, too.

Unfortunately, it doesn’t seem to look as good as its predecessor. Forget the grille for moment (if you can), the new car seems a bit taller, less sleek than the outgoing car and it just feels like there’s a lot of metal above its rear wheels. It could be the camo playing tricks, or just the angle of the video, but this new-gen BMW 4 Series Gran Coupe doesn’t seem to have the same sleek four-door-coupe styling as the outgoing car. I guess we’ll have to wait until we can see it in person to officially find out.