What’s Next for the BMW M3 — Downsizing, Hybridization or Electrification?

Home » What’s Next for the BMW M3 — Downsizing, Hybridization or Electrification? 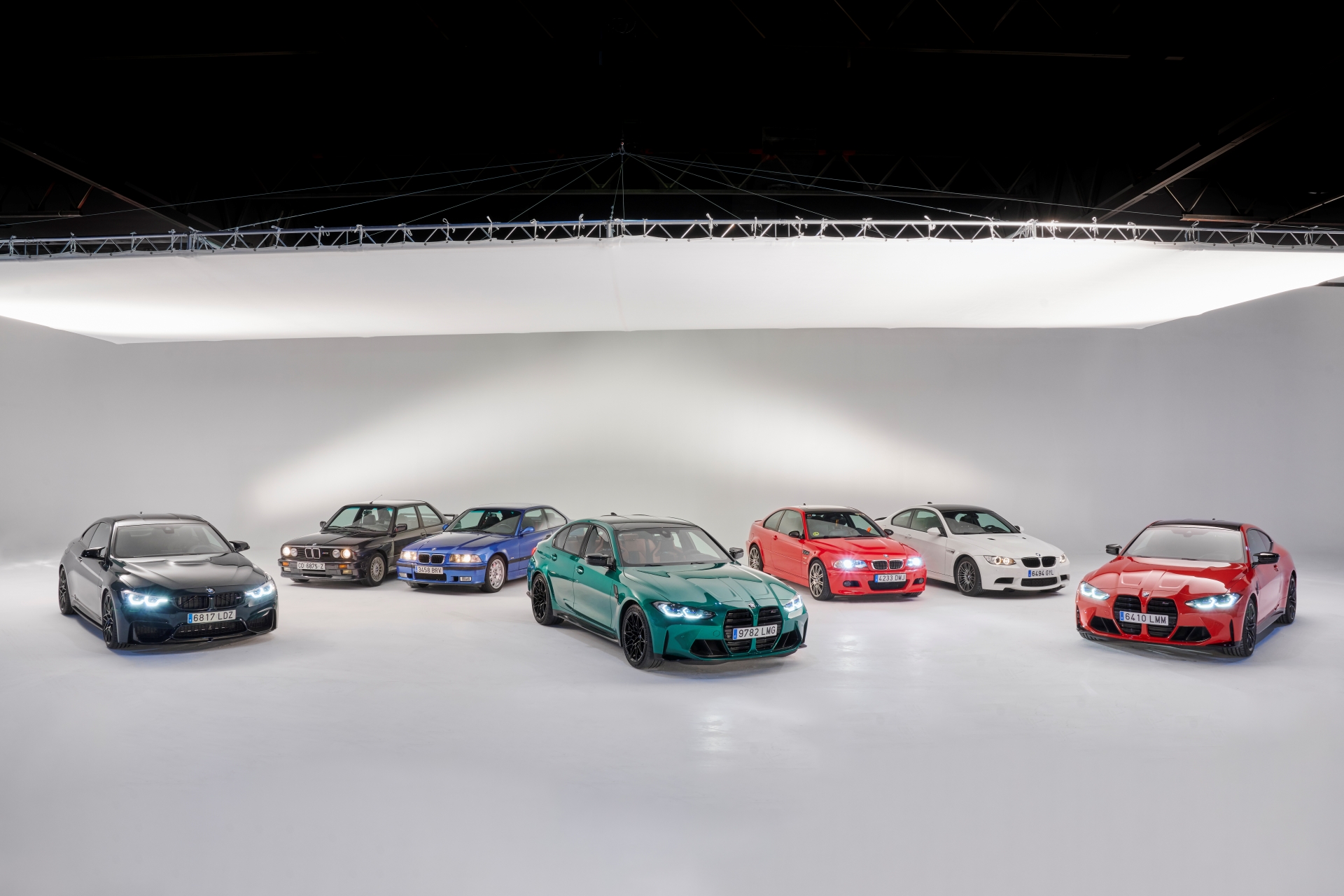 The word is out on the new Mercedes-AMG C63 — it’s gonna be a four-cylinder hybrid. For an AMG, a four-cylinder hybrid seems pretty puny. Though, it should have over 500 horsepower and more instantaneous torque, so it should actually be faster than the current V8-powered car. Now, though, the onus is on AMG’s rivals to come up with something equal or greater, in terms of efficiency and power. So the question is, for the new BMW M3, what do the Bavarians do?

BMW has a few options moving forward but we’re pretty confident that BMW will choose on specific way forward. The M Division can do one of three things with the new M3 — downsizing, hybridization, or full electrification. 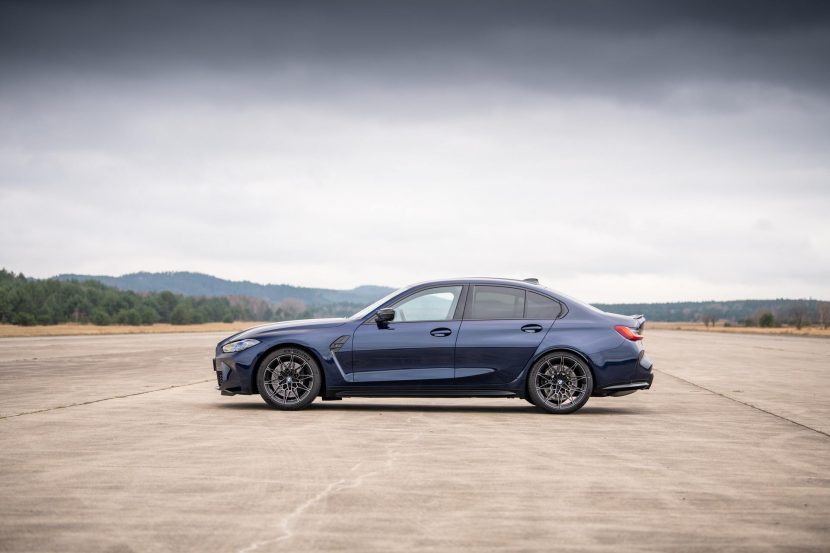 With downsizing, BMW can chuck in a big, stonking turbocharged four-cylinder with two turbochargers and a ton of power. That’s the least likely option, though, and is almost certainly not going to be BMW’s choice, unless someone invents a synthetic fuel that emits zero hydrocarbons. Hybridization is a more likely option, similar to AMG, by giving the M3 a turbo-four with hybrid power. That would work well but it might actually be old fashioned by the time the next-gen M3 rolls around.

Instead, we’re fairly confident that BMW M will choose to fully electrify the next M3. This current G80-gen M3 just came out, like, five minutes ago. So we’re going to have to wait about six years before we see another one. In that time, the industry will have moved on drastically from where it is today and fully-electric performance cars are likely to be the norm. Due to that, we see BMW M jumping straight to a full EV M3 for the next-gen. 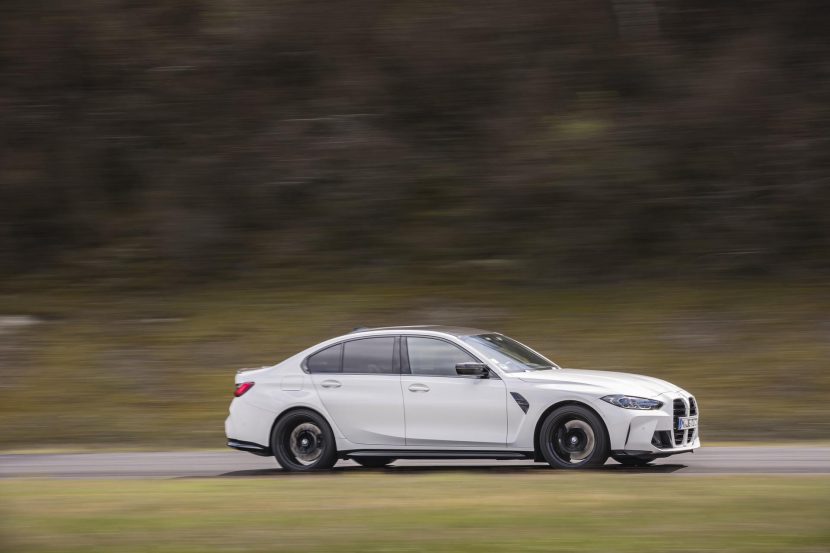 While battery tech is still a bit too far behind for something like a BMW M3; batteries are still too heavy and lack the range needed for a car that could be used on track; it’s getting better and better every day. Plus, it’s not as if the current M3 or M4 are lightweights, as both of them weigh closer to 4,000 lbs than we’d like.

So in six years’ time, we’re likely to see battery tech that’s far lighter, far more energy dense, and electric motors that are far more efficient. So we could very possibly see an all-electric BMW M3 with 500-plus horsepower, 500 miles of range, and under 4,000 lbs.

Just look at what Lucid, Mercedes-Benz, and Tesla are doing with batteries right now. All three brands have batteries that are capable of about 500 miles of range and can charge at 200 kW, allowing them to add hundreds of miles back into the battery in under thirty minutes. Cost and weight is coming down as well. Imagine what car companies can do in another six years? 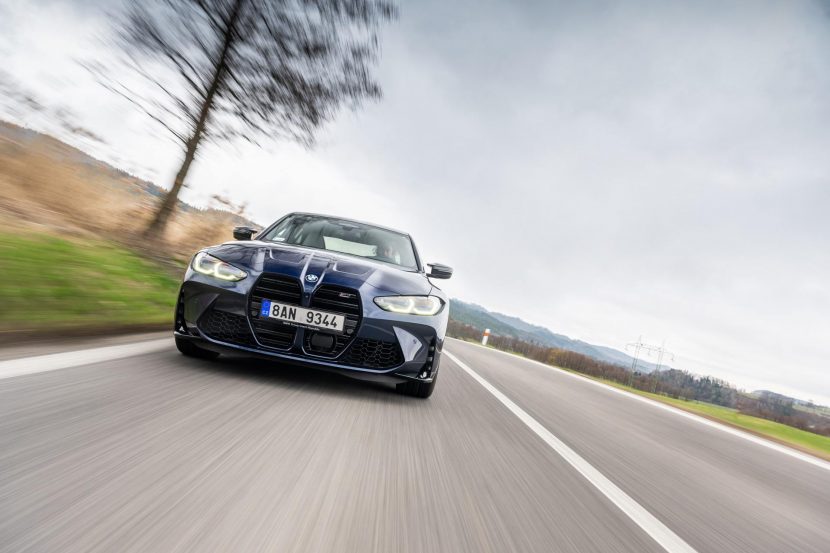 While BMW can do a few different things with the next-gen M3, it seems to only make sense that it’s fully electric. Sure, purists will be grumpy, figurative pitchforks and torches will be raised, and cries for the good old days of turbocharged, downsized engines will be heard. However, the BMW M3 will be better with electrification and it will help to usher in a new era of electrified sports cars for the masses.