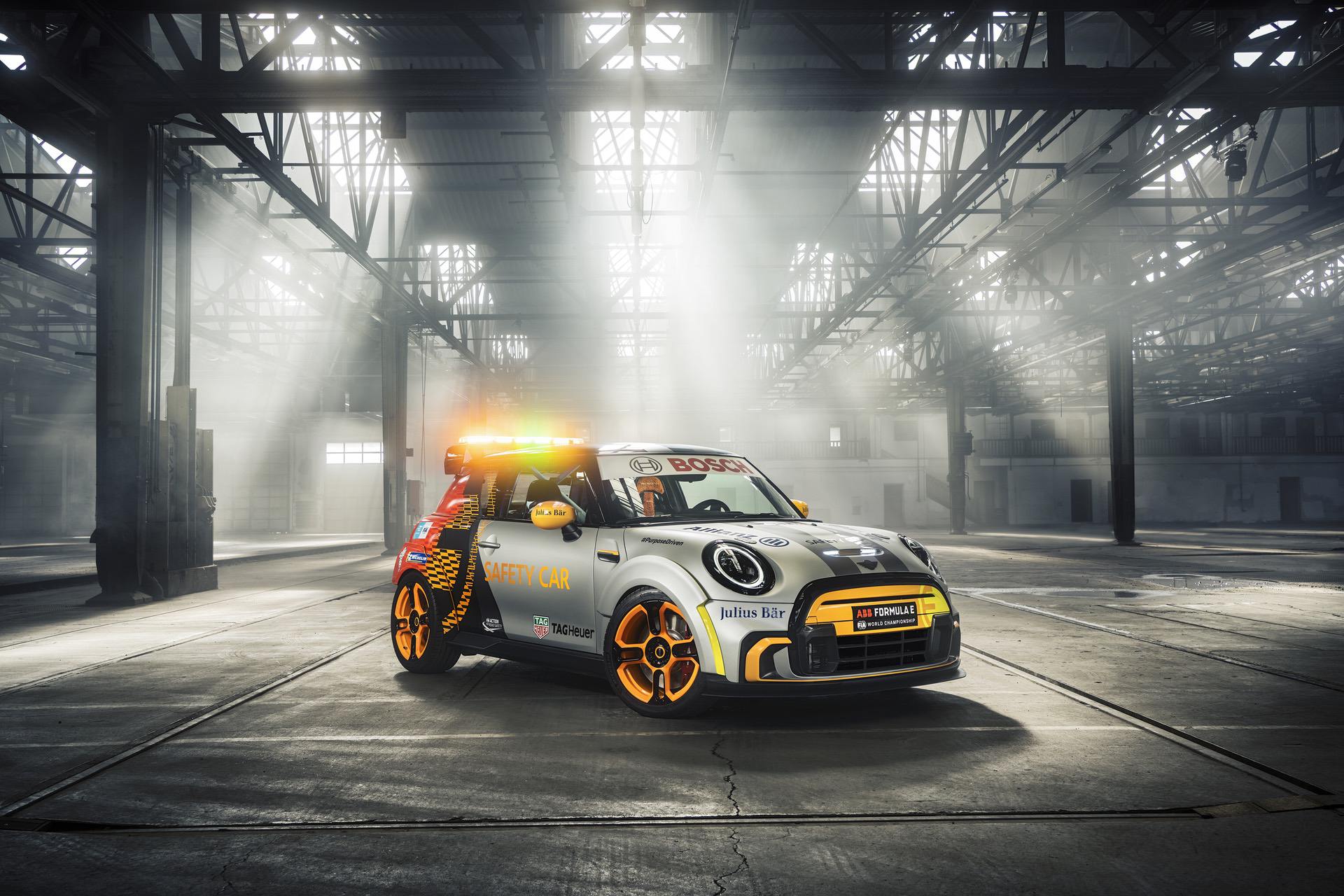 MINI took unveiled its first ever electric pace car yesterday, a rather nice mix between the aggressive styling of the MINI JCW GP model and the eco-friendliness of the MINI Electric. The MINI Electric Pacesetter was therefore born and it’s a rather mean-looking machine, with only one purpose: to show the world that MINI has big plans for the EV space. And what better way to do that than creating a monster of a car with looks that could kill?

The new MINI Electric Pacesetter will be seen for the first time in the wild at the Rome e-Prix on April 10, with Bruno Correia behind its wheel. But until then, the new Pacesetter can already be seen in motion in the clips made by the British brand for it alongside the man who signed off on its design, Oliver Heilmer. He took the time to explain what exactly is going on with all those menacing shapes visible on the Pacesetter, as you can see in the video below. 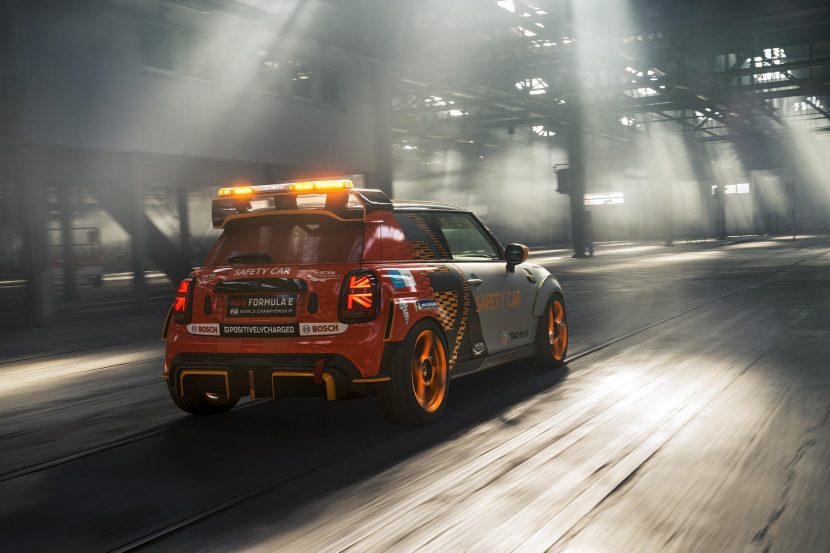 It’s no secret that the Formula E Safety Car was inspired by the MINI JCW GP. But that’s not all. In creating this car, they had to take the technical side of things into consideration explains Oliver Heilmer, Head of MINI Design. “Here, function dictates form, and many design elements have been shaped by technical considerations. For example, we worked closely with our colleagues at BMW Motorsport to develop the form of the wheel arches and front and rear aprons, and the optimization program for them included weight-saving measures. This visually striking, technically precise design language gives the car its pervasive sense of emotional engagement and excitement.”

Since the track car had to be wider than the regular, street-legal MINI Electric, the same wheel arches from the MINI JCW GP can be seen on the Pacesetter. The same goes for the huge wing at the back and the deep front apron with additional front splitters. There are some differences though, such as the blocked out radiator grille, which instantly tells you there’s no gasoline burning under the hood. But there’s a lot more to talk about when it comes to such a special car and you can learn all about it thanks to Oliver and the video below.