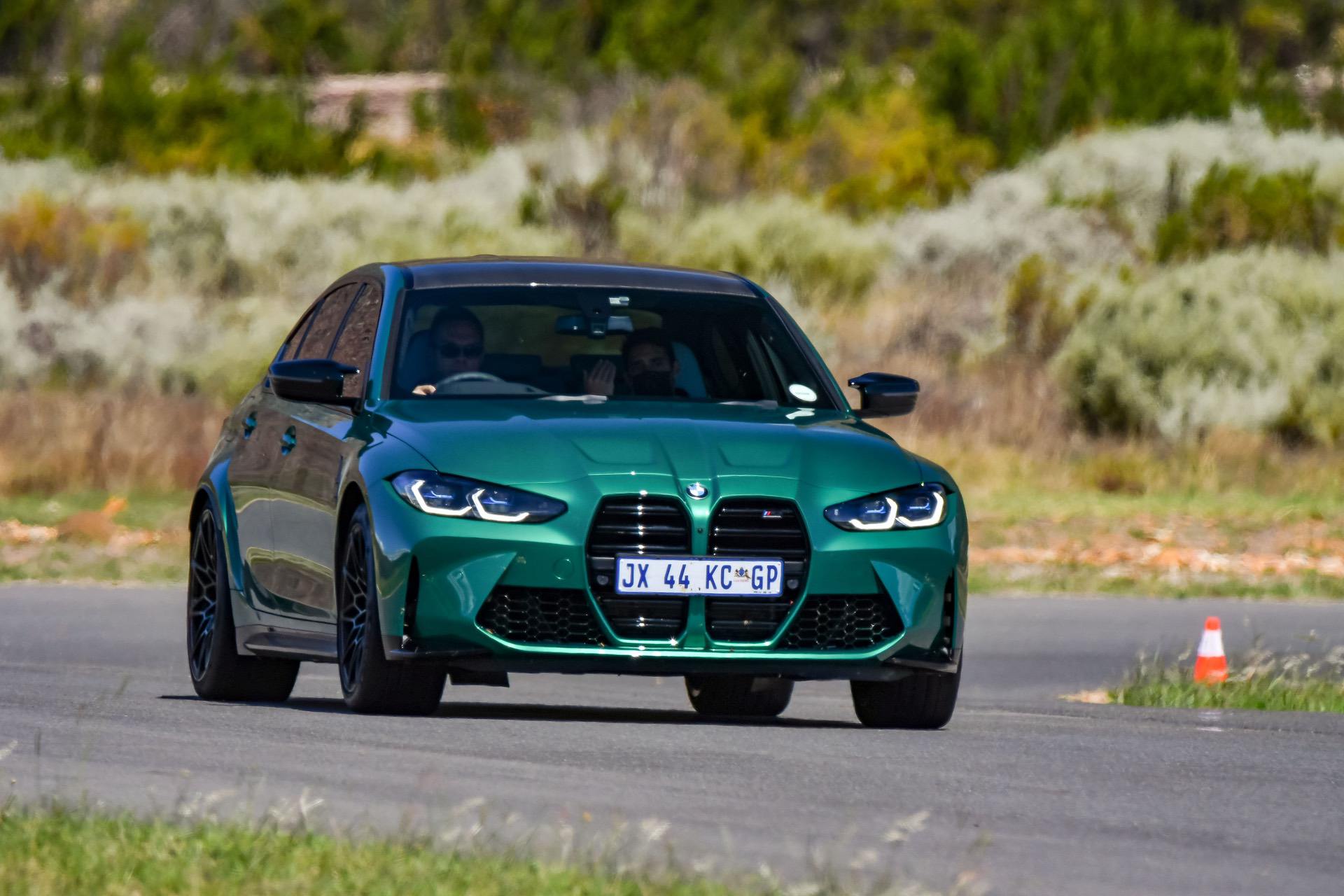 Since the BMW M3 has been revealed and reviewed, we’ve seen it take on the likes of the Alfa Romeo Giulia Quadrifoglio, Audi RS4, Mercedes-AMG C63, and even its own sibling, the BMW M340i. However, Autocar recently decided to pit the new M3 against the aforementioned Alfa and, curiously, the Mercedes-AMG E63 S, in a three-way comparison test.

It’s a bit of an odd comparison, due to the inclusion of the E63 AMG, which is typically a BMW M5 competitor. However, it actually works out okay in this test for a couple of reasons; the M3 has grown so much in size that it’s not too much smaller than the E63 and, because the M Division seemingly builds its cars out of lead as of late, the M3 Competition’s nearly 4,000 lb is only a few hundred pounds lighter than the big Benz. Also, the C63 AMG isn’t available on the refreshed C-Class at the moment, so Autocar couldn’t get one for the test.

So how does the new BMW M3 take on the Alfa and AMG? It’s actually surprising. Each car has its own attributes that give it an edge over the other two. The M3’s precision, the Alfa’s fun-factor, and the AMG’s V8 are all best in the test, but there can only be one winner. There are also some negatives for each; the BMW M3 is ugly, the Alfa has a cheap interior, and the AMG lacks cornering finesse.

We won’t spoil the results, as you should go and rear the comparison test. It’s a genuinely good read that provides insight into the strengths and weaknesses of each car. What’s most interesting about this test is that, of the three Autocar journalists who conducted said test, two of them chose one specific car as the best. However, Matt Saunders came to a different conclusion, and since he was writing the story, he got to make the final call. So he picked a different car than the other two as the winner. Check it out, it’ a good Saturday morning read.