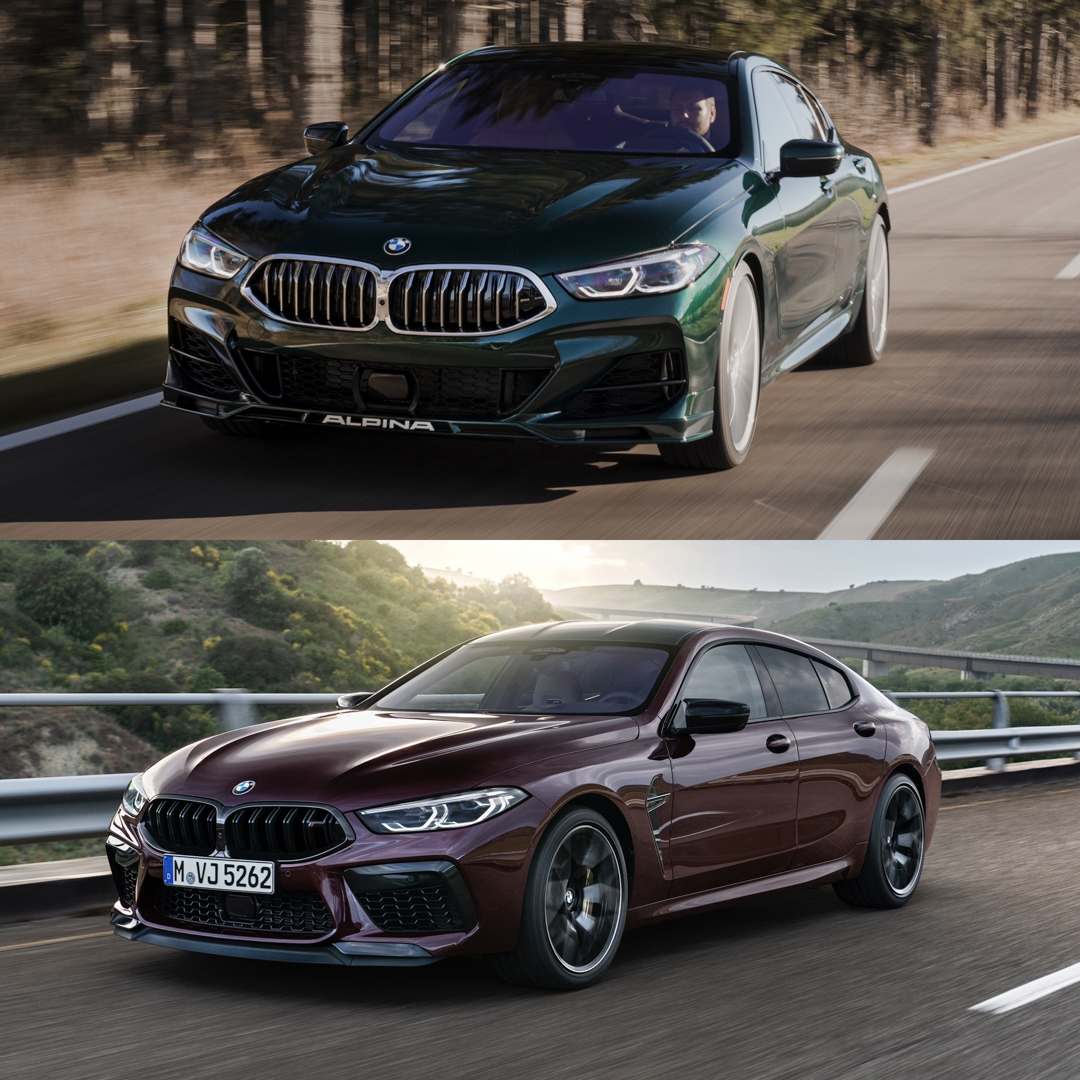 For awhile, the BMW M8 Gran Coupe was arguably the best looking Bavarian on the market. There’s no denying that it’s bite-the-back-of-your-hand gorgeous. But now it gets new competition from within its own brand, the ALPINA B8 Gran Coupe. So which of the two Roundel-wearing Gran Coupes is actually better looking? Let’s find out.

One look and it’s immediately clear that BMW and ALPINA had very different philosophies for styling these cars. Despite being within a few thousand dollars of each other, the B8 and M8 have drastically vastly different personalities and you can tell from just a glance. The ALPINA is clearly the calmer of the two, with a more refined, sophisticated aggression. While the BMW M8 looks like it wants to punch your face a bit more. 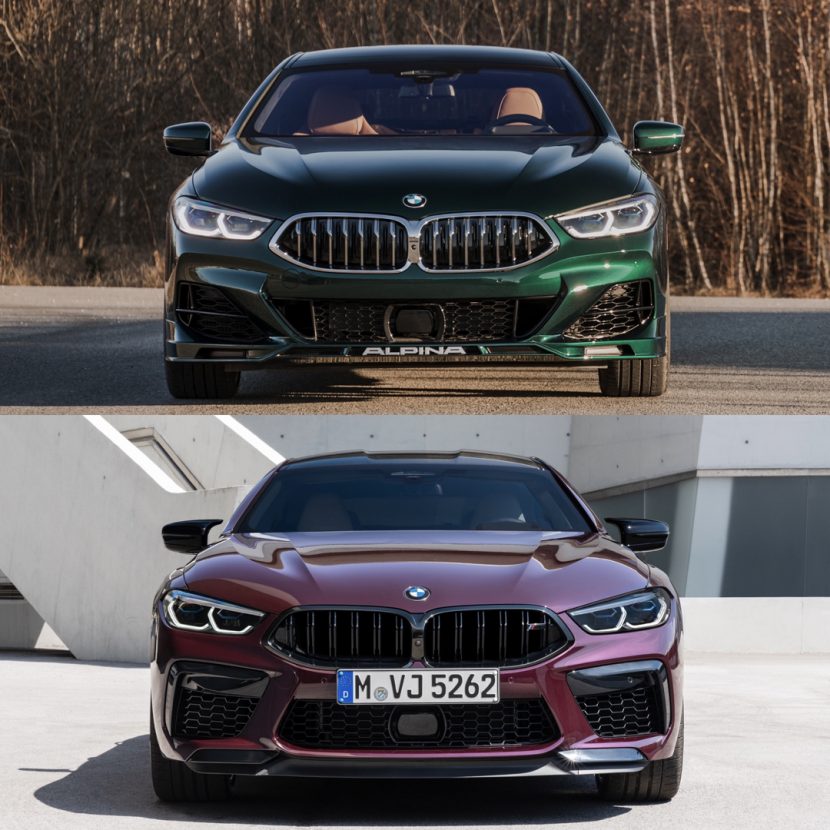 Up front, the ALPINA B8 sports new front air intakes and a lower lip spoiler that spells out its brand’s name in the middle. Both cars look pretty similar but the ALPINA’s design is a bit more handsome, less shouty. So it’s the one we prefer.

In terms of their profiles and silhouettes, the two cars are practically identical. Though, there is one thing that separates them and gives the ALPINA the win — wheels. ALPINA’s signature wheel design is one of the prettiest on the market and bests anything the BMW M8 has to offer. 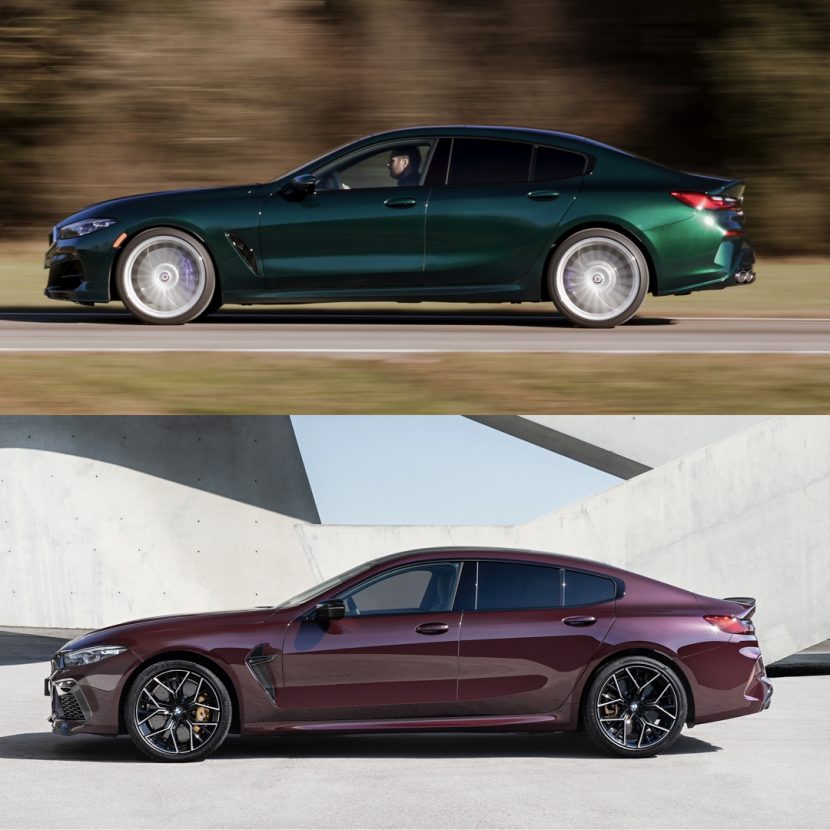 Out back, ALPINA takes the win again, as its quad exhaust pipes not only look cleaner but they exit through the rear bumper, which is far cooler than having them just sit below it, in little cutouts. Also, the B8’s rear diffuser looks better.

Inside, the win actually goes to the BMW M8 Gran Coupe. The ALPINA B8, as gorgeous as it is, looks barely different than an M850i on the inside. While the M8 gets some genuinely unique touches that make it look and feel more special, such as the new shift lever, M-colored stitching, and the little red “M1” and “M2” buttons on the steering wheel. It also gets unique seats, which make a big difference. If you’re into more subtle cabins, we completely understand choosing the B8. But the M8 is more special looking, so it needs to take the win. 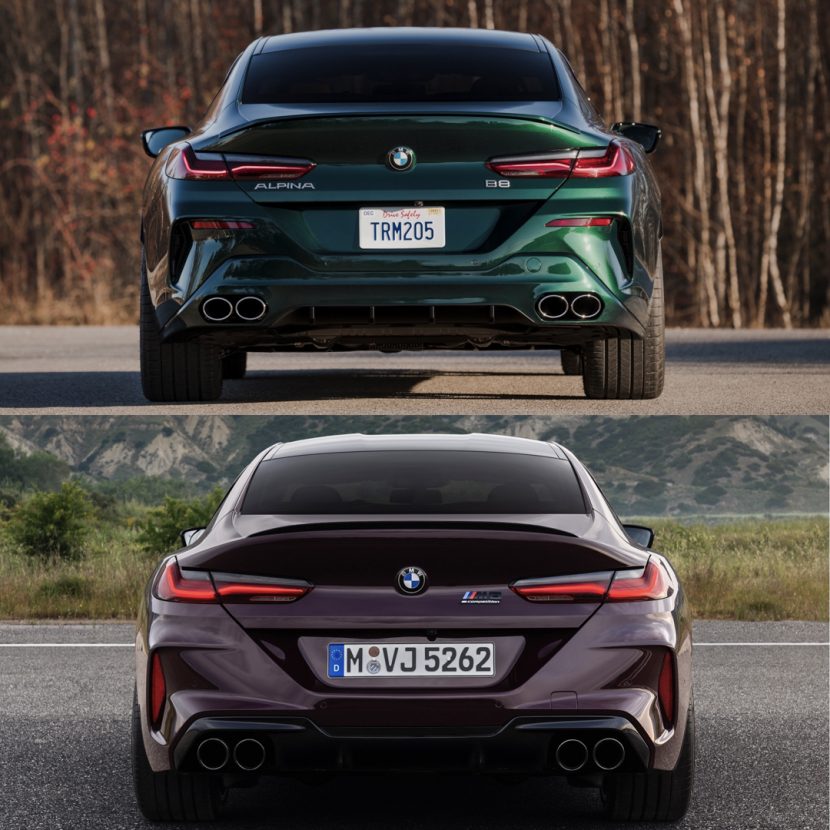 Overall, though, the ALPINA B8 Gran Coupe is the better looking car. C’mon, that subtle aggression, those wheels, and that killer green paint. The B8 is more sophisticated looking, which suits the 8 Series Gran Coupe’s overall style more. Did I also mention it’s green? 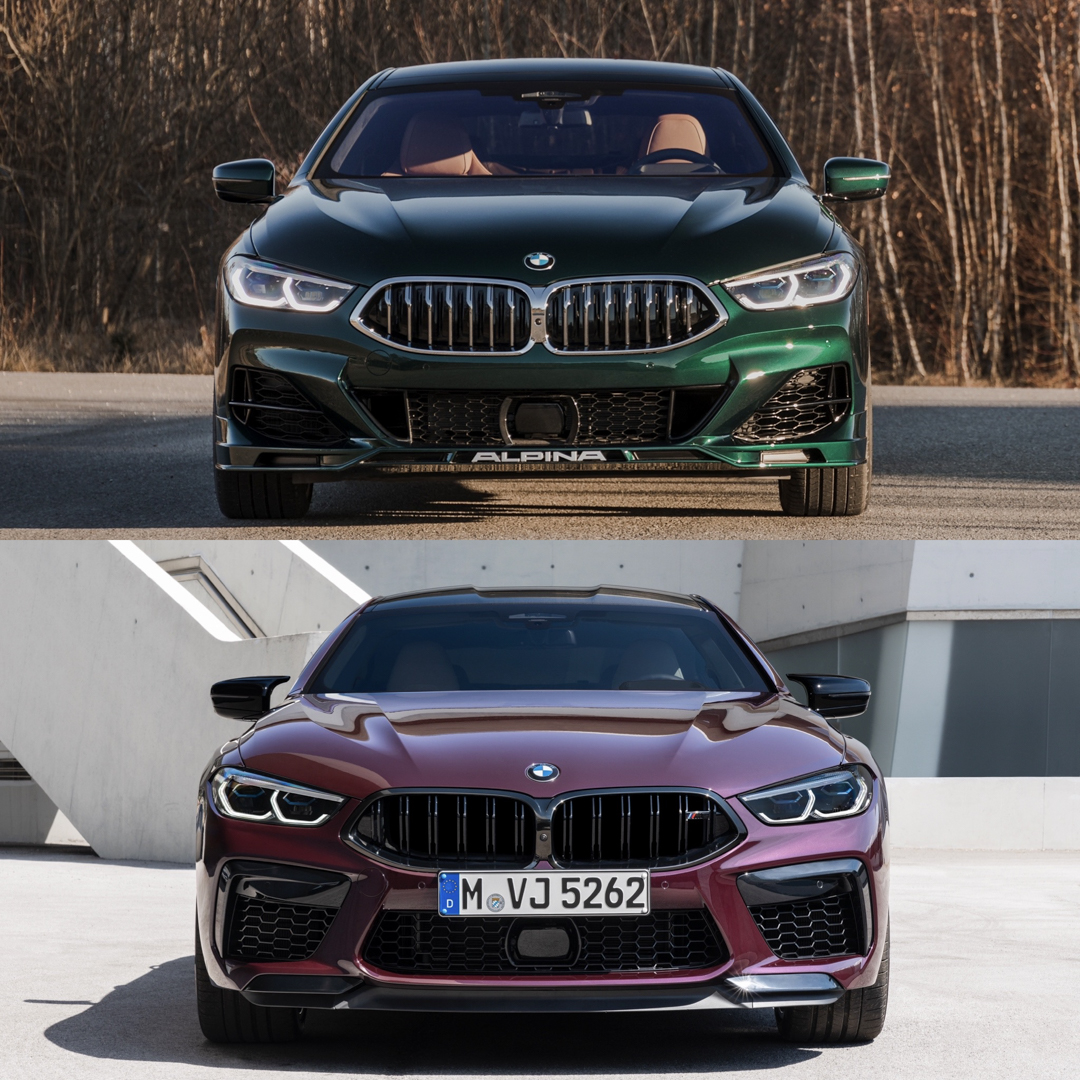 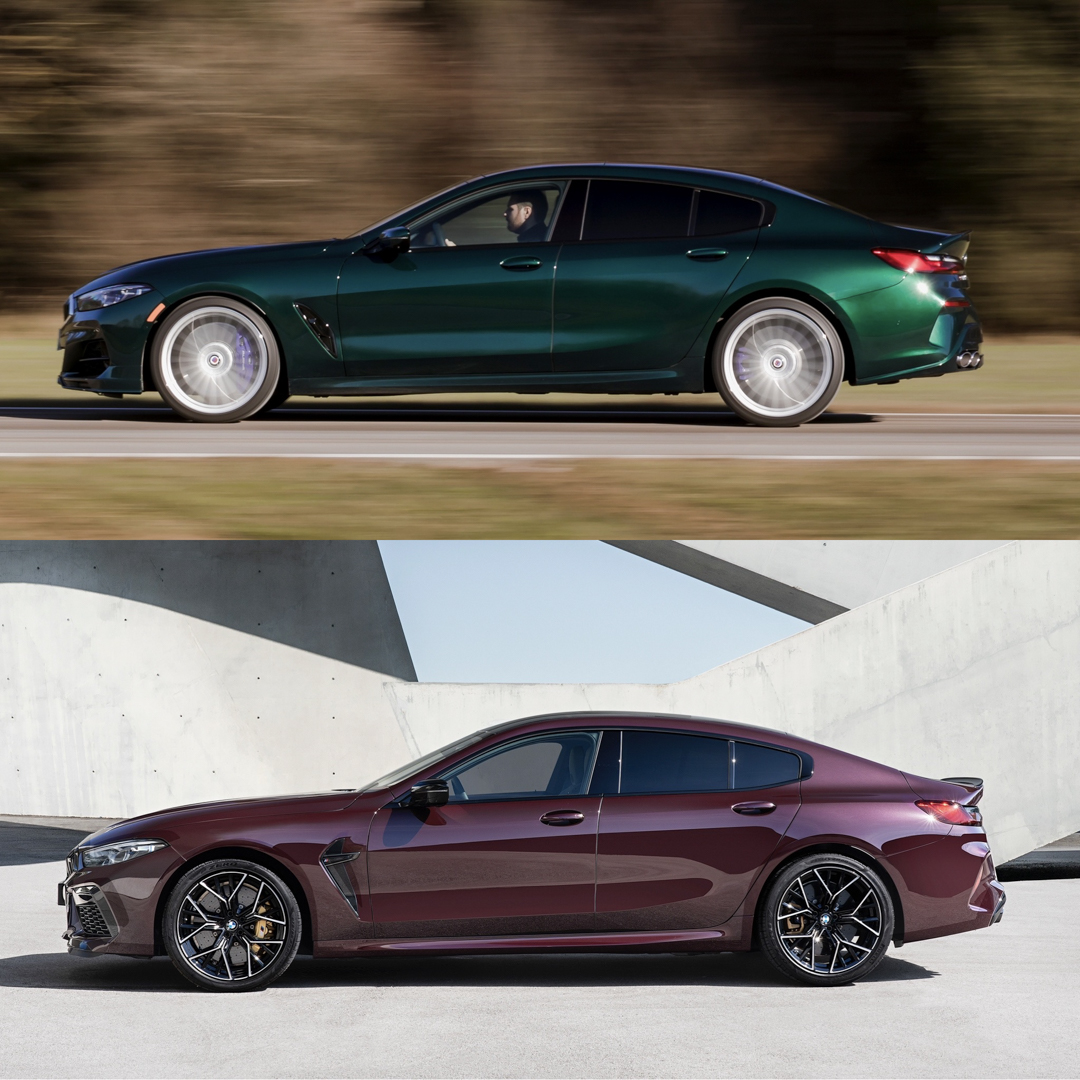 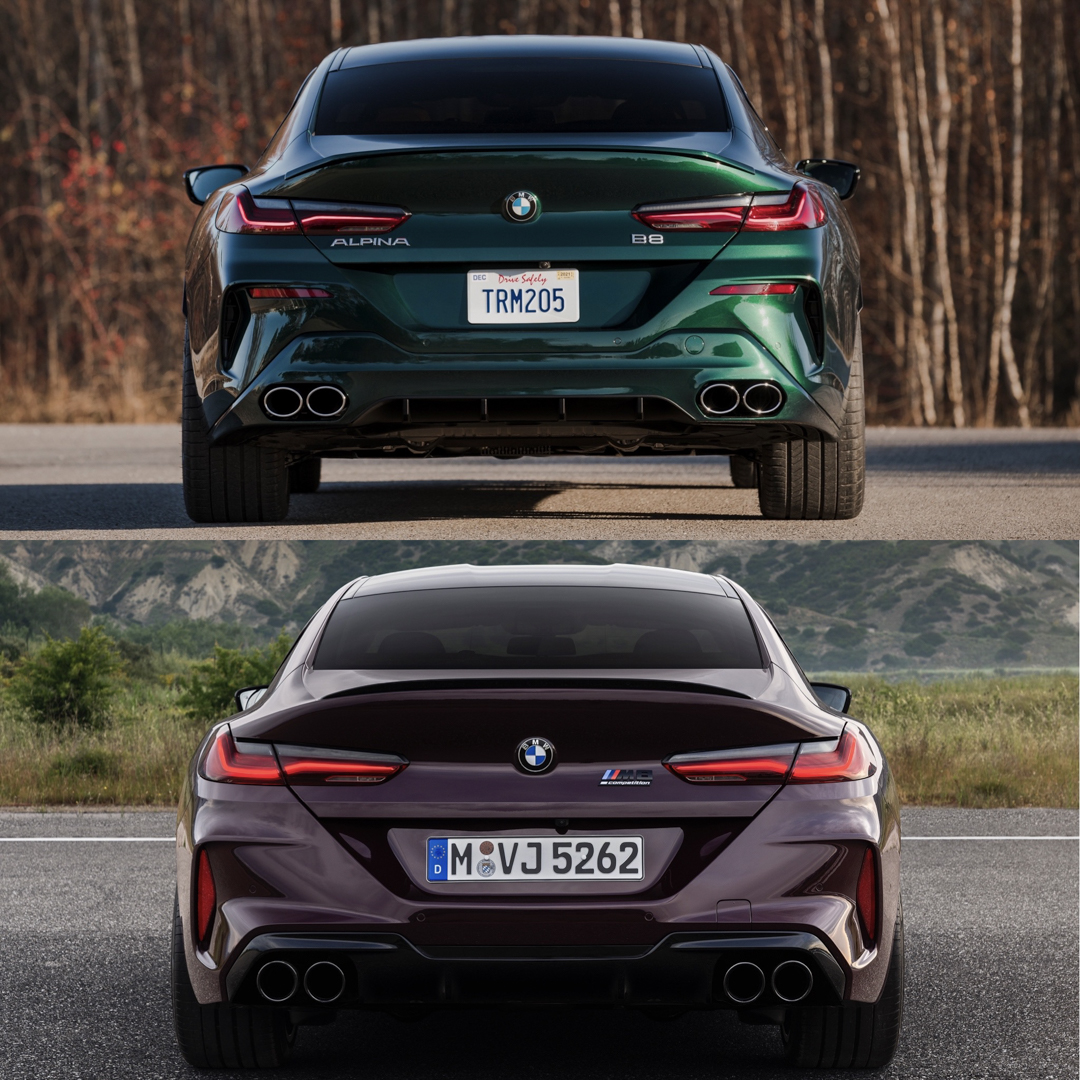 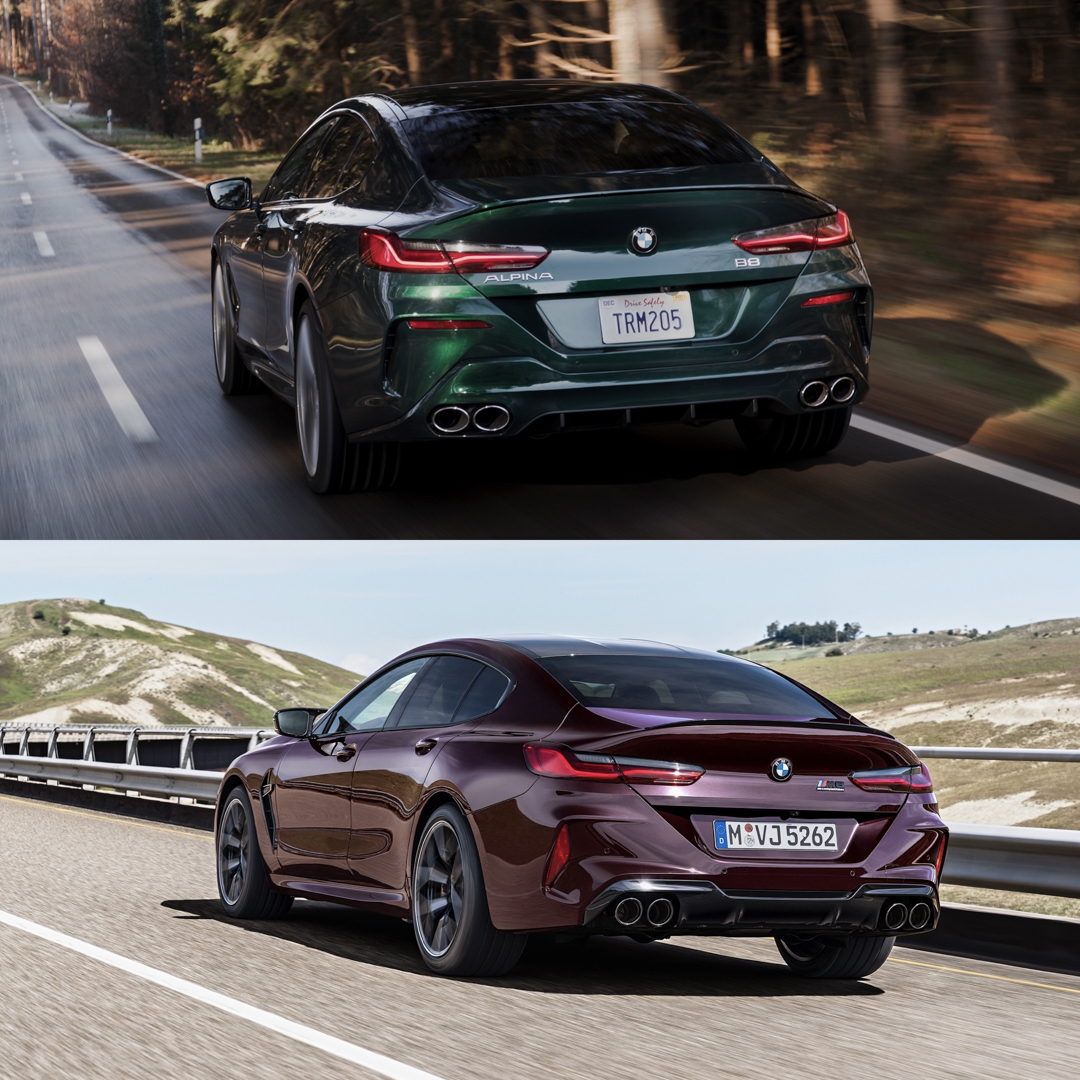