BMW was well represented at this year’s Lightning Lap contest held by the guys from Car and Driver. So far we’ve seen the BMW M8 Competition and the MINI JCW GP models running hot on track, but today it’s time to check out another model now, the BMW M340i. This is probably the most important lap too, as the M340i will be the best-selling model out of the three.

The M340i is also a sort of media darling, being one of the best BMW cars on sale today, according to various review, mine included. Having driven the M440i recently, I was surprised to learn that the 3er is a bit sharper to drive and more engaging. The specs tell you why that’s the case, too. The M440i is heavier than the M340i and with the same power output and overall dynamics, that added weight can only worsen things. 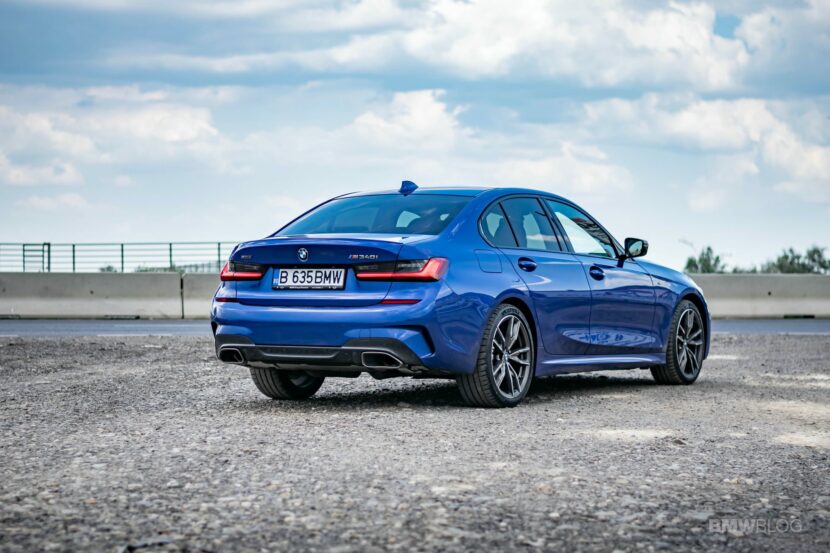 As for the lap at hand here, the BMW M340i did it in 3:03.2 which was faster than the MINI JCW GP and the Subaru STi S209, but nearly four seconds slower than the Supra GR. However, since the Lightning Lap is not a new thing (starting back in 2006), we can look back at how BMW scaled its performance over the years. For example, the M340i is 10 seconds faster than the previous-generation 335i and only 2.5 seconds behind the F82 M4. That’s pretty impressive.

According to Car and Driver, the only place where the M4 had the upper hand was in the straight lines, where its superior power came into play. Other than that, the M340i showed great grip and handling in the slower sections even though the steering feedback was rather missing. The gearbox was also up to the task as was the rear eLSD for an overall very enjoyable experience.