This week, Car and Driver began publishing their trademark Lightning Lap videos and there are plenty of BMWs to check out in their footage. The one that caught our eye immediately was the biggest, baddest BMW you can buy today: the M8 Competition. This is supposed to be the fastest car you can drive today from Munich and even though it may be a bit on the heavy side, it’s doing rather well on a track.

The Lightning Laps are shot on the usual Car and Driver proving grounds, at the Virginia International Raceway. And that’s great because it allows us to compare times against other cars. The BMW M8 Competition wasn’t the fastest car on the track this year but it did rather well, nonetheless. Considering its near 2-ton weight, it behaved admirably. Even better than expected. At the same time, it has the power to match. 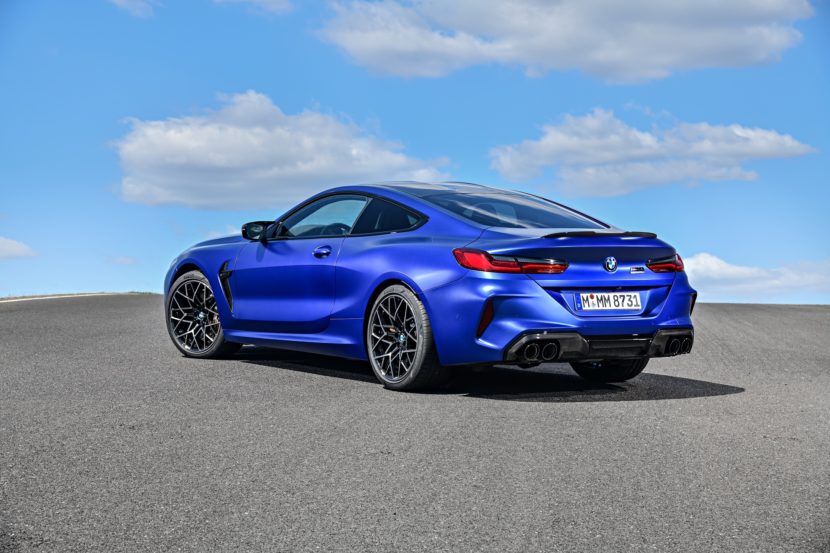 Under the hood of the M8 Competition hides the famous 4.4-liter twin-turbo V8 S63 engine you can get in other models in the BMW M range today as well. It makes 625 HP and 750 Nm (553 lb-ft) of torque, according to BMW. That power is then sent to all four corners of the car via an 8-speed automatic gearbox and the M xDrive all-wheel drive system.

That said, the lap time recorded by the M8 Competition in the Lightning Lap 2021 was 2:55.45. That made the BMW M8 Competition the eight fastest car in this year’s contest, marginally slower than the Taycan Turbo S (2:55.2) and 5 seconds behind the Porsche 718 Cayman GT4. What’s interesting though, as Car and Driver points out, is that the M5 Competition was faster on the same track, last year. And that’s how the M8 vs M5 debate keeps carrying on…