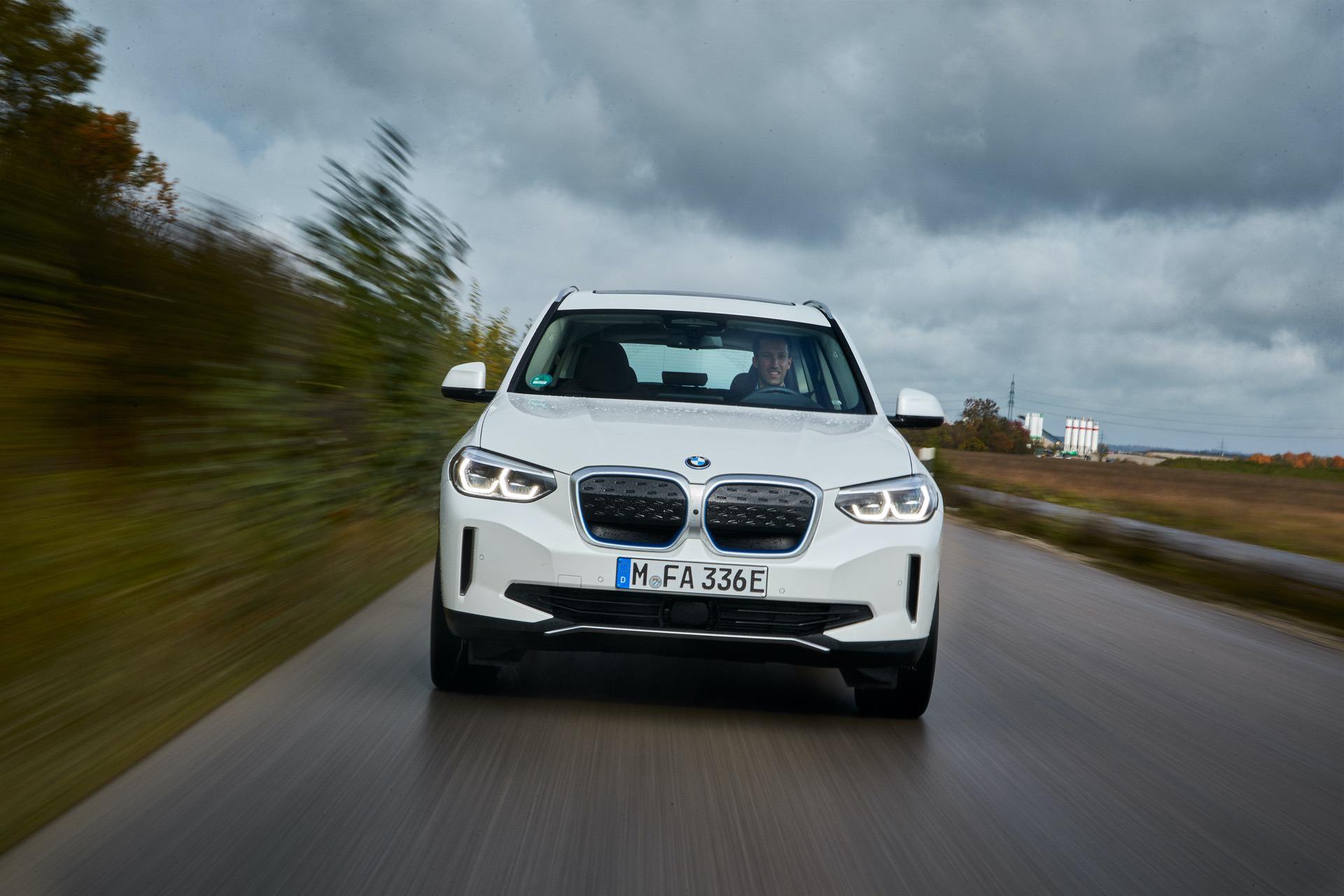 The BMW iX3 was unveiled in 2020, but it was only destined for the Chinese market. Today, the first iX3 electric SUV for German customers has arrived in Bremerhaven. The iX3 arrived on the giant car transport ship “Phoenix Leader” of the shipping company NYK Line. The 200-meter-long and 32-meter-wide freighter can transport over 5,000 cars. Naturally, further BMW iX3 units are expected to arrive in Germany in the next few weeks. But unfortunately, the U.S. market will not get the rear-wheel drive electric SUV.

The iX3 is also the first car to use the potential of the ‘Power of choice’ principle BMW has been raving about, which sees all three types of cars (ICE, PHEV, BEV) built on the same platform. According to BMW, using this modular way of building cars should offer the Bavarian company the freedom to make whichever model they please without huge costs and at a fast pace, adapting to the demand on the fly. 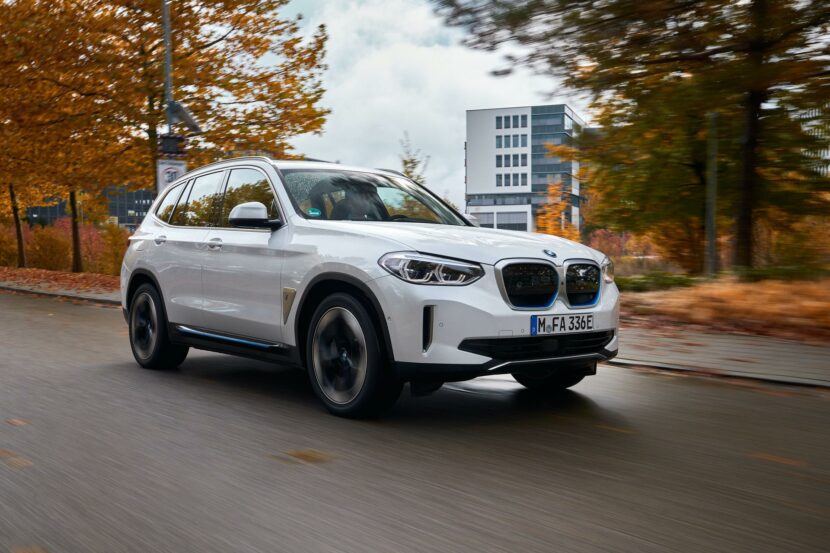 The entry-level iX3 model is dubbed “Inspiring” and starts at EUR 68,040.33 in Germany. For the high-end “Impressive” model, customers will have to pay more at a starting price of EUR 73,401.68. Customers can choose from Carbon Black metallic, Sophisto Grey brilliant effect metallic, Mineral White metallic, Phytonic Blue metallic, Piedmont Red metallic and Cashmere Silver metallic. The Phytonic Blue metallic and Piedmont Red metallic variants combined with accents in Frozen Grey or Pearl-effect Chrome instead of the hallmark BMW i blue detailing.

The new electric motor powering the iX3 develops a peak output of 210 kW / 286 PS (282 hp) and a maximum torque of 400 Nm (295 lb-ft), which are constantly available over a wide rpm range, even at high revs, contrary to most of the existing electric vehicles on the market. 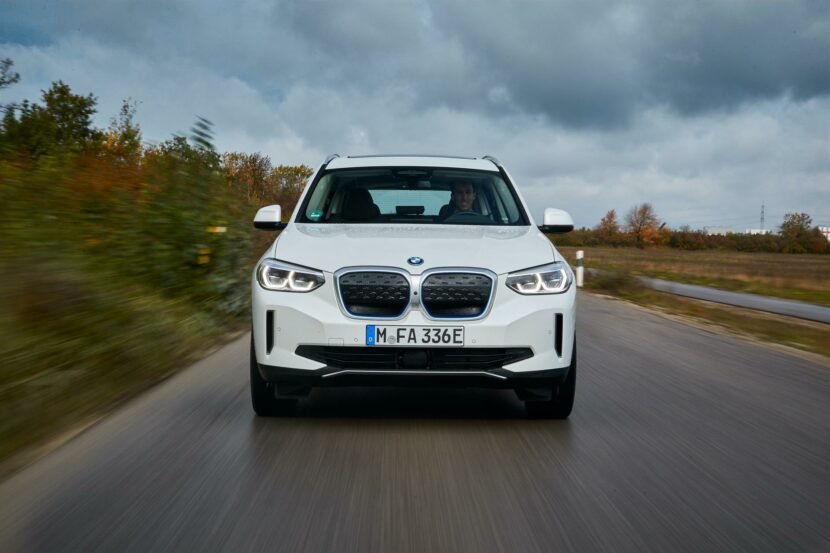 The acceleration from standstill to 100 km/h takes 6.8 seconds, while the top speed of the new iX3 is electronically limited to 180 km/h. The new BMW X electric model also employs the ARB technology (actuator continuous wheel slip limitation), already seen on the i3 and front-wheel drive compact models, as to improve traction.

The gross energy content of the new high-voltage battery installed in the iX3 reaches 80 kWh, while the net storage capacity hits an overall 74 kWh. The increased energy that can be stored in the battery is the result of the dense prismatic cell architecture of the battery, comprising 188 units.

Thus, the new iX3 is capable of achieving a range of up to 459 kilometers in WLTP cycle or up to 520 kilometers in the NEDC test cycle.