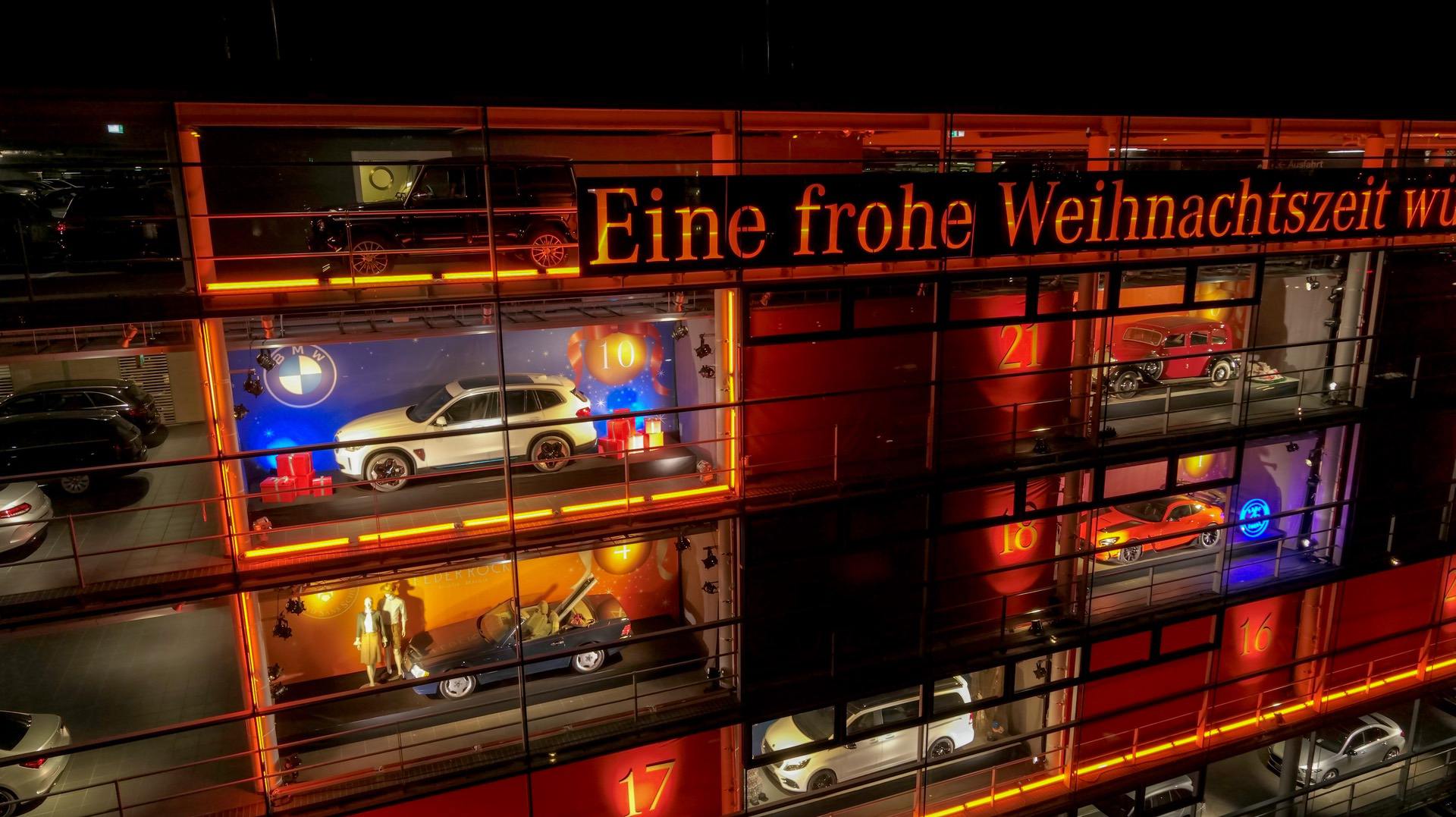 In a positive show of solidarity during the holiday season, BMW and Mercedes-Benz have put their rivalry aside for the month of December and are actually displaying each other’s electric cars. For eighteen years, Mercedes-Benz has turned its Munich brand building into a large Christmas Advent calendar, with a large display for each of the 25 days of Christmas. This year, in one such display, you’ll now find a BMW iX3.

The idea was developed by both BMW and Mercedes-Benz together, to show solidarity and support for local Munich business. While life is starting to get back to normal in many countries, local businesses and communities were still hit hard this past year, so both German giants are showing support for the city of Munich. Mercedes-Benz isn’t just putting a BMW iX3 on display, though. All of its “calendar” displays will be filled with various items from local Munich-based businesses.

The slogan the two brands have come up with for this is “Wir halten zamm”, which translates to “We hold together”. It’s a nice sentiment and the fact that the two brands can put their differences aside for a good cause is encouraging.

“In the current situation, cohesion is more important than ever. We are therefore delighted that the BMW iX3 has found a place in the Advent calendar of the Mercedes-Benz branch in Munich, and we warmly welcome the Mercedes-Benz EQC 400 as a guest at BMW Welt, ”says Helmut Käs, Head of BMW Welt. “With this surprising vehicle swap, we want to encourage people to pause and reflect, to signal solidarity and to draw our visitors’ attention to the initiative to support local and regional companies.”

Considering how viciously the two brands have competed over the years, it’s nice to see them come together for something like this and embrace a bit of solidarity during a tough holiday season for many.