SPIED: BMW iX3 to Get LCI Facelift Along With Every Other X3 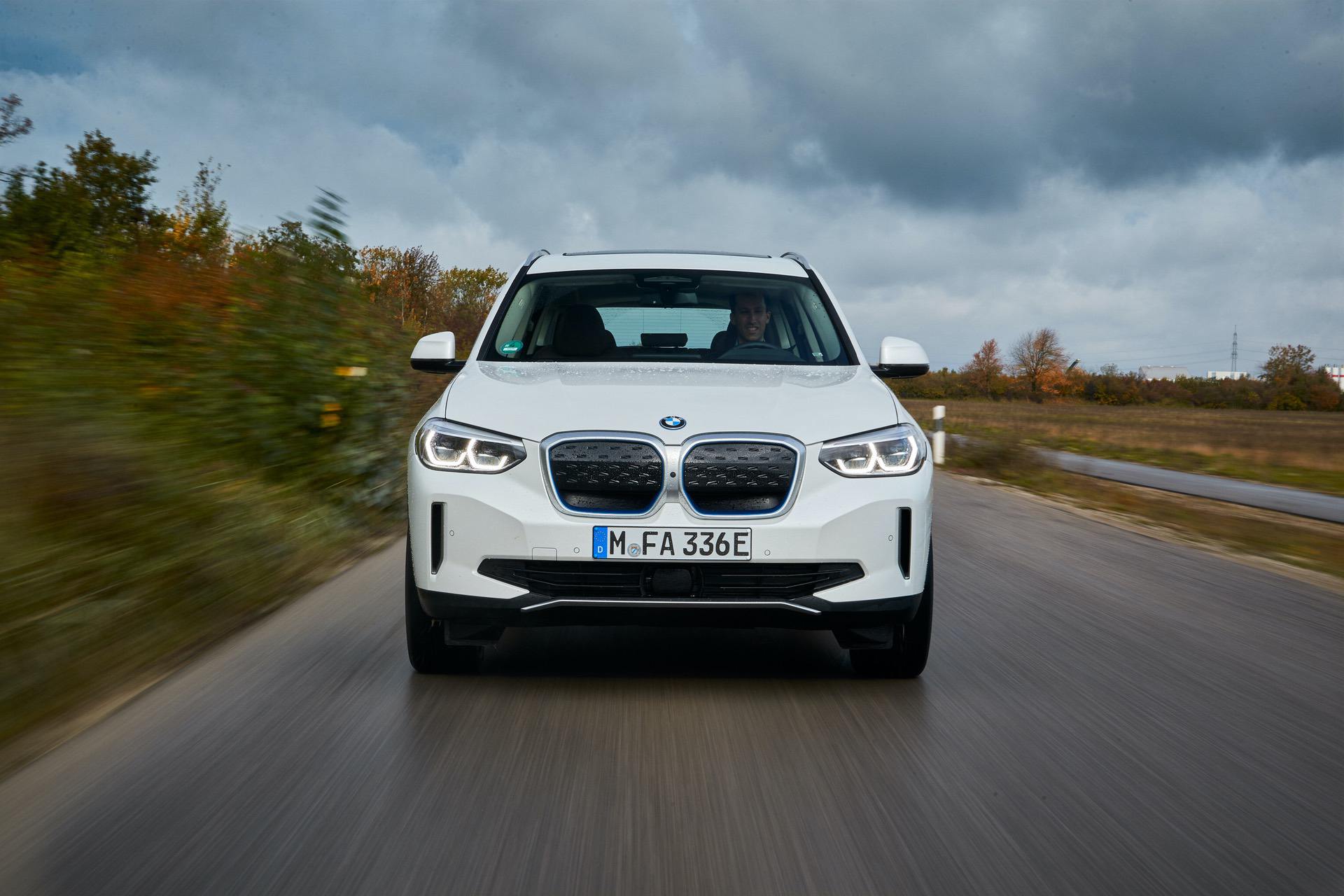 This current generation BMW X3 is still a great car, even though most of its competition is a bit newer. Despite being relatively old (it’s only a few years old but its rivals have all been updated since), it’s one of the better SUVs in the segment. For many would-be buyers, the only thing holding the X3 back would really be its styling and cabin tech, as both seem dated compared to since-updated cars like the Mercedes-Benz GLC and Audi Q5. Thankfully, the X3 is getting an LCI update soon and, surprisingly, the all-electric BMW iX3 is getting updated along with it, as evidenced by these new spy photos. (We don’t own them but see the pics here)

The BMW iX3 is brand-spanking new, having debuted earlier this year. However, the iX3 will be getting its LCI update at the same time as the rest of the X3 model line, so there will only be a handful of pre-LCI iX3 models on the market.

In these photos, we can really only see the front end close enough to notice any changes. Seen parked alongside other updated BMW test mules (BMW really needs to get better security at this testing facility), the BMW iX3 has some camo on its face. It also has black grille surrounds, covering the silver ones with blue accents of the pre-LCI car. Its headlights are new, replacing the thicker, curvier ones with slimmer, sportier lamps.

Aside from that, there really aren’t many differences between this car and the pre-facelift car. That’s going to be the same for the standard X3 as well, as the iX3 is barely any different looking from its internal combustion engine siblings.

We doubt there will be any powertrain or mechanical updates, either. The BMW iX3 uses a single electric motor at the rear axle to make 282 horsepower and 295 lb-ft of torque. It also gets about 285 miles of WLTP-rated range. While that’s fine, it’s not enough to keep up with many of its competitors. Still, that’s unlikely to change.

Expect to see the facelifted versions of both the standard BMW X3 and BMW iX3 later next year.