Despite not being popular in the U.S.,  there are people out there who are still buying wagons or Touring models, as they are called in Germany. Just look at the excitement surrounding BMW’s announcement that it will finally put the M3 Touring into production. But until the new M car comes out, those who simply cannot wait anymore can still get a fast wagon in the shape of the BMW M340i Touring.

But how fast is it, really? Well, I guess the best way to find out is to pit it against its main rivals. But one of them is missing in the video below. The guys from CarWow put the M340i up against the Audi S4 Avant and the Volvo V60 T8. It would’ve been a lot more interesting though, considering Audi switched to diesel engines for its S4 in Europe, to see the M340d thrown in here for good measure. Maybe next time. 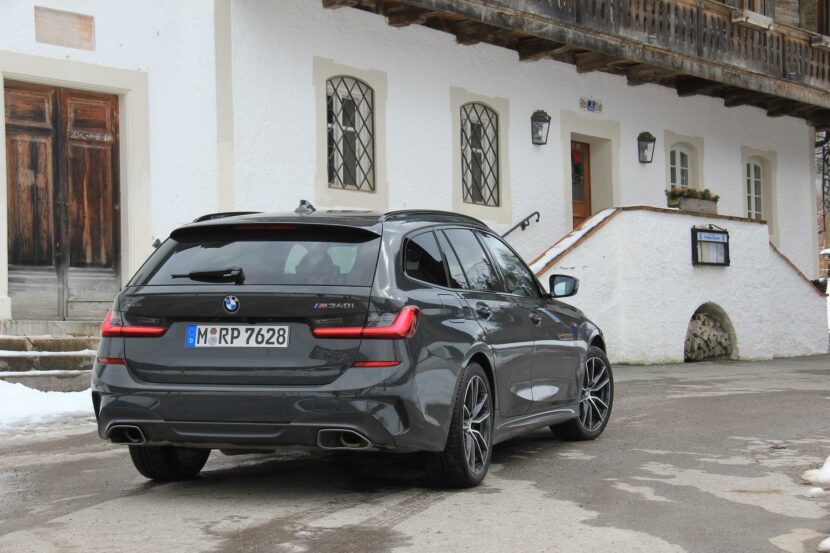 So, the Volvo V60 T8 is a hybrid, as you might already know, using a 2-liter supercharged and turbocharged engine under the hood. Combined with the electric motor on-board, it can deliver up to 387 HP and 640 Nm of torque, power that is then sent to all four corners of the car. The hybrid setup also makes this car the heaviest of the three and, even though it has the most power, it doesn’t come with launch control.

The Audi on the other hand is using a 3-liter V6 engine good for 347 HP and 700 Nm of torque. The Ingolstadt machine does come with all-wheel drive though and has quattro to help it out. The Audi is the second heaviest car here, leaving the BMW to claim the title for the lightest machine on the starting line. Care to place some bets? Yeah, no big surprises here…