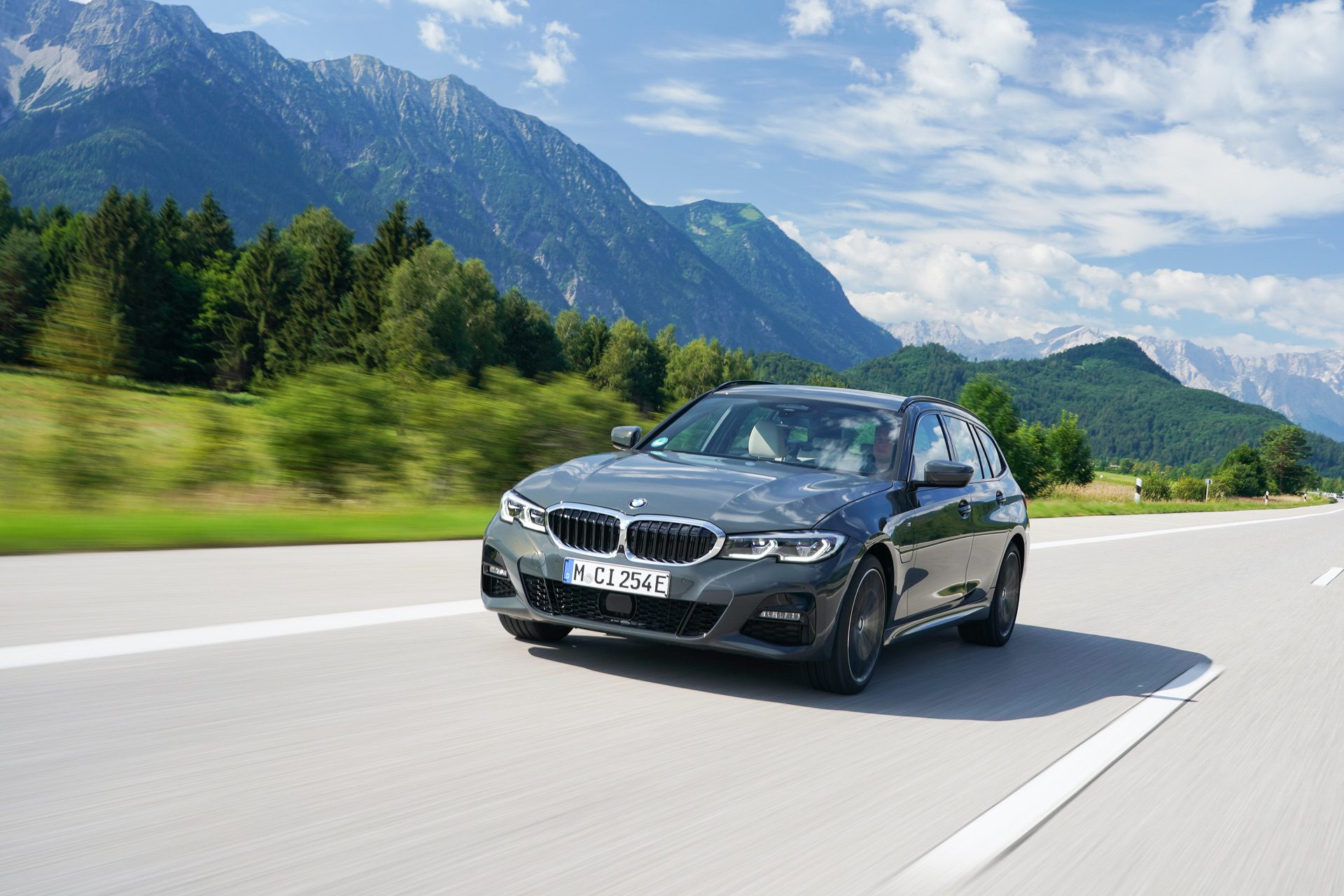 Among all of the excellent 3 Series variants, the one that might be the most exciting, and the one likely to be the most important, is the upcoming 3 Series Electric. The all-electric 3er will eventually make its debut to take on the likes of the Tesla Model 3, a car that BMW desperately needs to contend with. In these new spy photos, we get to see that very car, wearing some camouflage and doing some public testing. (We don’t own the spy photos but they can be seen here)

The car in question is very clearly an all-electric 3 Series. Its “Electric Test Vehicle” badges show that it at least has some form of battery pack but its complete lack of exhaust pipes indicate that it’s purely electric and not a hybrid. This car also seems to be a facelifted 3 Series, due to its larger grilles and smoothed out headlights. The latter of which still see to have little notches in the bottom, harking back to the E46 3 Series, but just like with its old-school predecessor’s facelift, the notch has been made more subtle.

We don’t have any word on powertrain options or availability just yet, however it’s likely not hard to venture a guess. When the BMW 3 Series Electric debuts, it’s almost certainly not going to get the same powertrain as the upcoming BMW i4, as that would outshine the BMW M3, in terms of performance. So it’s likely to get something similar to that of the BMW iX3.

In the BMW iX3, you’ll find a single, rear-mounted electric motor, good for 282 horsepower and 295 lb-ft of torque. Those are similar power figures to the BMW 330i, which is a quick car. The 3 Series electric will undoubtedly be heavier than the 330i but still expect it to be decently quick.

When the BMW 3 Series Electric makes its debut, it will be a hugely important car for BMW. At the moment, many customers are jumping ship, moving from BMW to Tesla. So if BMW wants to stop the bleed, this EV 3 Series is necessary.