Seeing the BMW M5 Competition in any sort of drag race is getting a bit ridiculous. We’ve seen it beat a number of models so far, in outcomes nobody could’ve predicted. I won’t even get into the tuned M5 footage you can find on YouTube as that’s even more ridiculous. This time around, we see the M5 take on a car that’s supposed to be noticeably faster, at least on paper, and yet not in real life as well.

Yes, I’m talking about the Mercedes-AMG GT63 S, a car that represents the pinnacle of four-door luxury and speed over in Stuttgart. The AMG has a 4-liter twin-turbo V8 under the hood that’s supposed to deliver 639 HP and 900 Nm of torque. According to the spec sheet, it also does the 0-100 km/h sprint in 3.2 seconds while tipping the scales at 2.1 tons. That’s mighty impressive of it, to be honest. 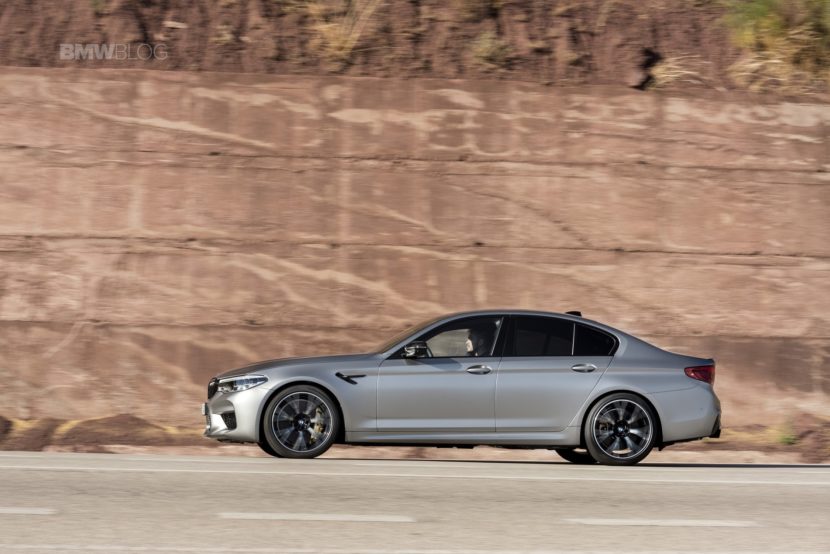 And those specs make the amazingly fast BMW M5 Competition seem like a pedestrian. The M5 uses a 4.4-liter twin-turbo V8 which, in Competition guise, makes 625 HP and 750 Nm (553 lb-ft) of torque. It also has all-wheel drive and should do the benchmark 0-100 km/h (62 mph) sprint in 3.3 seconds, according to BMW. That’s because the M5 is noticeably lighter than the Merc, tipping the scale at 1,950 kilos.

What’s interesting about this race though is that the car running on the left side of the strip seems to win every time. I don’t know exactly why, but that seems to be the case. And yes, the BMW is credited with a 3-1 win out of four races, but the difference between the two is incredibly small. And the BMW only won straight up when running on the left side of the stip. Now I can’t help but wonder how the M8 Gran Coupe would match up against the Mercedes.