Ever since the F90 M5 was launched, people have been calling it the ‘supercar killer’ and, in all honesty, it’s a well-deserved title. This uber-sedan has made victims out of several genuine supercars and that’s especially true with a tune. We’ve seen F90 M5 models tuned to outrageous numbers and the one in the video below must be one of the fastest out there. We’ve seen in action before in a variety of videos, breaking the 200 mph barrier without too much hassle.

It comes from Evolve and it’s an absolute monster. Being tuned to Stage 2, this M5 is said to have 800 HP at the wheels. To make that sort of power, some changes were done to the engine, but it’s worth mentioning is still running on stock internals. So everything that’s been done to it has been all around the 4.4-liter twin-turbo V8. From intake to ECU tune, the internals were left out of the equation. 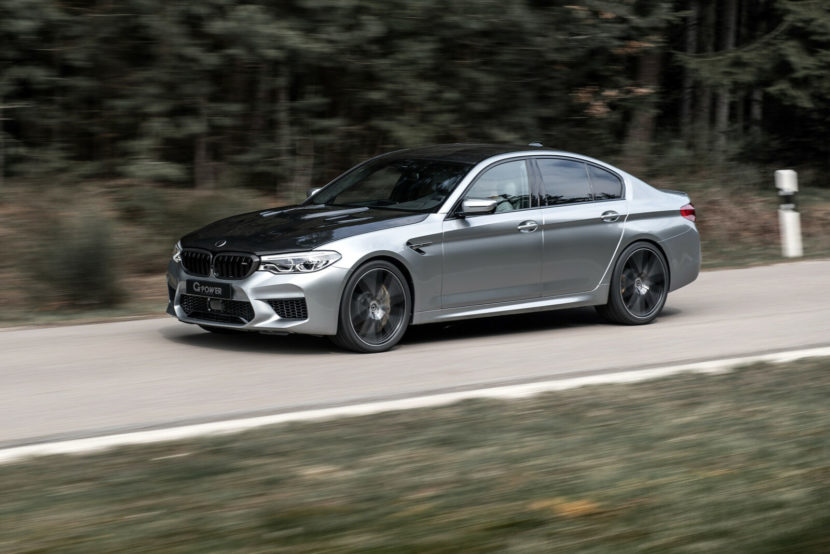 And some might say this is an unfair race as the Ferrari 488 Pista on the other side of the drag strip is stock. It only relies on 720 HP but there’s a catch: the Ferrari – being a supercar and all – is a lot lighter and a lot more aerodynamic. As a matter of fact, there’s nearly half a ton between these two cars and only an 80 horsepower difference. The M5 does have a big advantage though: it’s all-wheel drive. And as you’re about to see, that makes a whole lot of a difference.

From a dig, the M5 simply beats the Ferrari. There’s just no denying that. The BMW has the grip needed to put all that power down without any drama. The Ferrari, on the other hand, struggles, with its rear-wheel drive setup. That’s been an issue on older M5 models as well but not anymore.

In the rolling race, the M5 also won when the two cars were in their ‘comfort’ settings but not when starting off in the sportiest setting. Quite an interesting development considering one car is half a ton heavier and has room for 5 people.