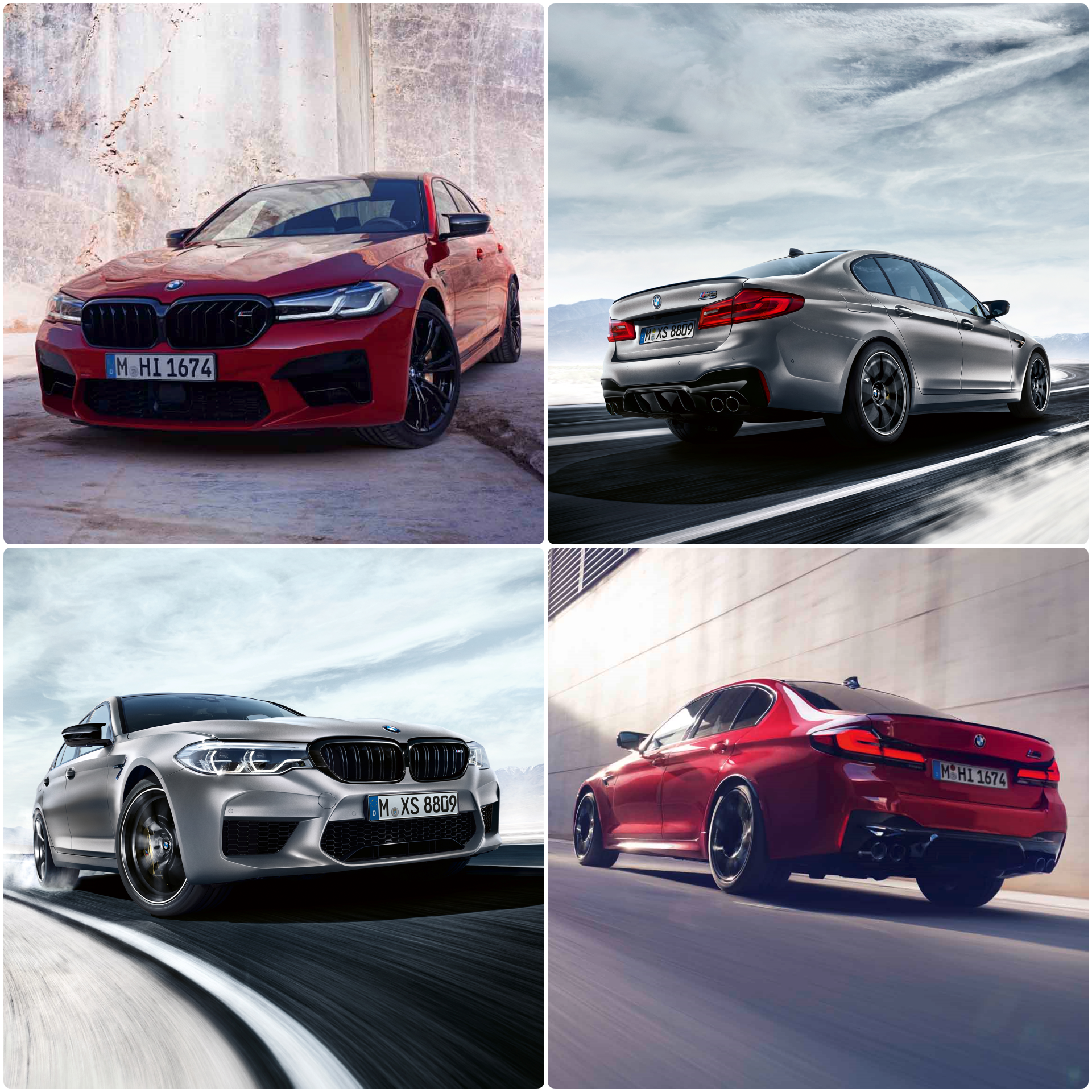 As the new BMW M5 facelift generation kicks in, it’s comparison time once again. The F90 LCI M5 Competition stacks up against the pre-LCI sibling. The new BMW 5 Series LCI was premiered around two weeks ago, so it was only a matter of time until the new M5 models arrived as well. The refreshed high-performance business sedan adds further passion to the already good looking pre-facelift BMW M5.

In this visual comparo, I place the new BMW M5 Competition against the outgoing pre-LCI M5 Competition. To begin with, I must confess it’s rather difficult to say the new F90 series is more appealing or beautiful than the pre-facelift M5. This is more of an interesting challenge to witness how an already proper design philosophy is further evolved in order to keep the model relevant and up-to-date, visually speaking. 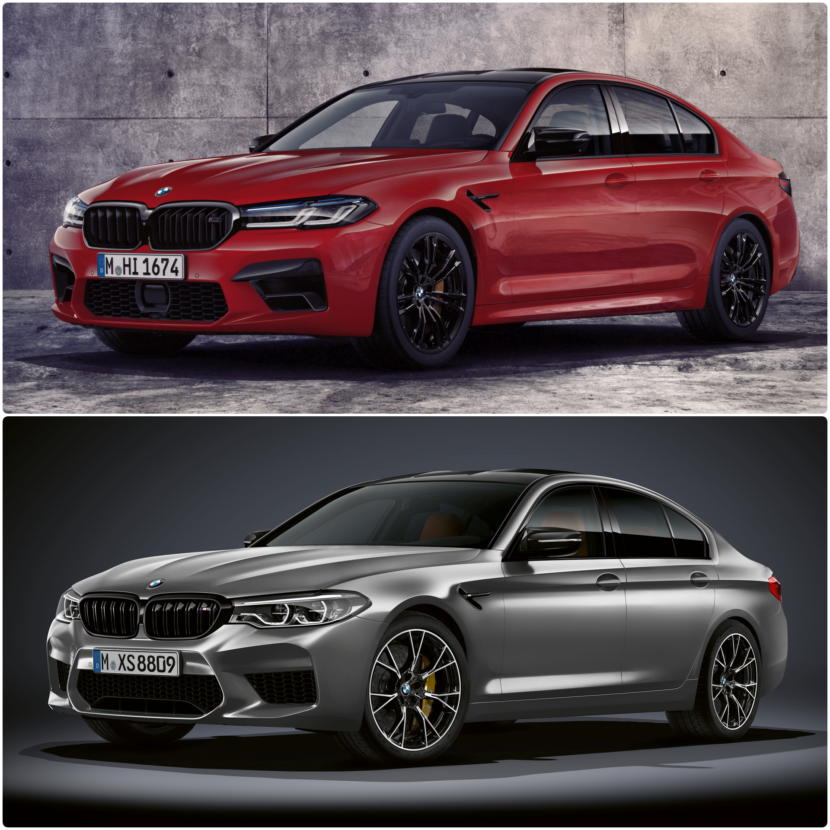 The new M5 Competition facelift builds on the muscular and powerful aura of the outgoing model series. At the front end, the rounded headlights have let way to a piece of rectangular headlamps with a distinctive “L” signature. While the eyes of the former M5 Competition carry a classic gene, the headlights of the new LCI model sends a clear message of high-tech. In addition, the visual appeal is further increased thanks to the BMW Laserlight technology with Dynamic Laser Matrix Beam, incorporating blue styling elements. 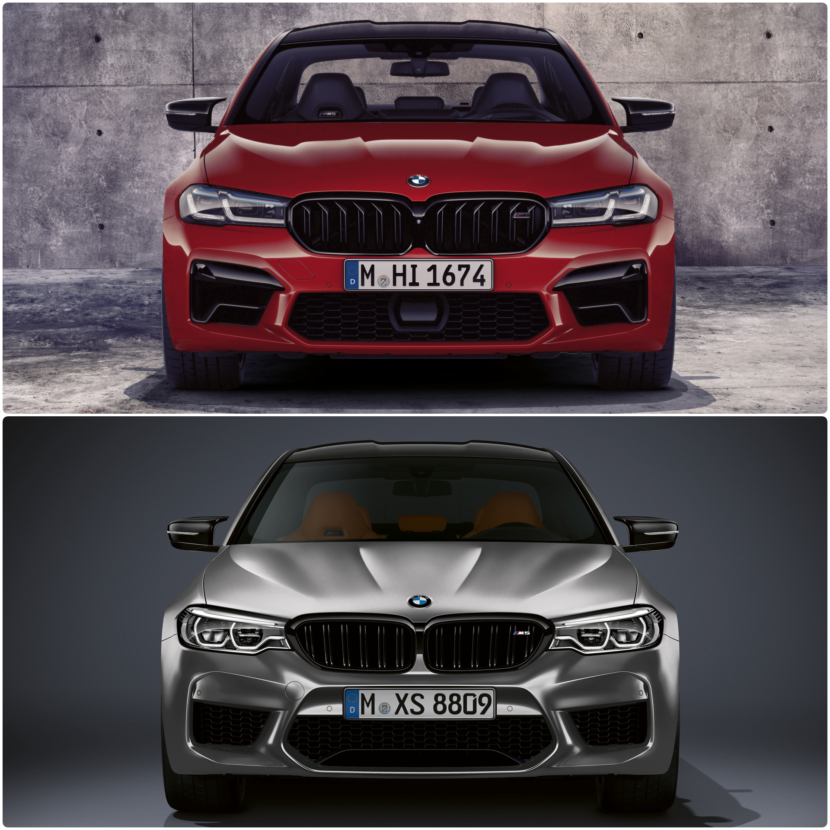 The new Shadowline darkened headlamps, which are offered as an option, are set to further boost the image of the new BMW M5 Competition facelift.

Another consistent improvement comes from the new tridimensional and upright kidney grille with center-connected section and all-rounding black chrome frame. Furthermore, for the first time, the Competition variant is better individualized as the grille now features a stylish, high-gloss “M5 Competition” logo, whereas on the former model there was a simple “M5” badge in shiny chrome. 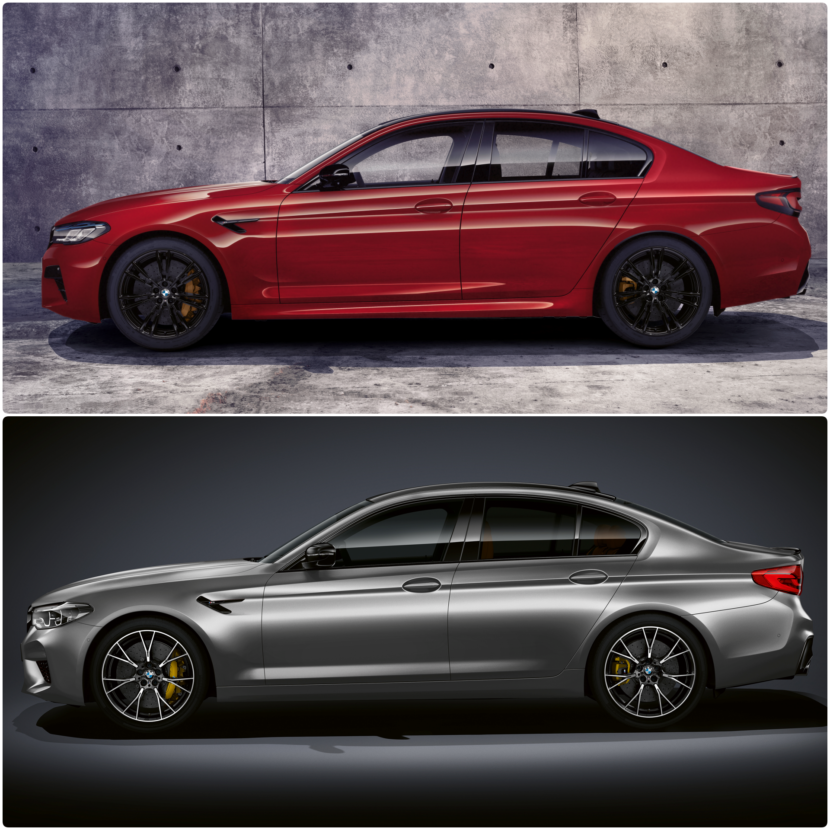 The lower part of the front bumper also got redesigned on the new M5 Competition. The central air vent is slightly less rounded and more trapezoidal, while the air inlets on the sides are now better emphasized, thanks to some intricate high-gloss black design elements.

So, the new M5 Competition brings forward the front fascia of the preceding model and further sharpens the dynamic character and the visual enhancements in shiny black color as part of the extended BMW Individual Shadow Line package.

The side profile is basically left unchanged between the pre-LCI and LCI generations, only that now the front gill also features the “M5 Competition” emblem in high-gloss black. 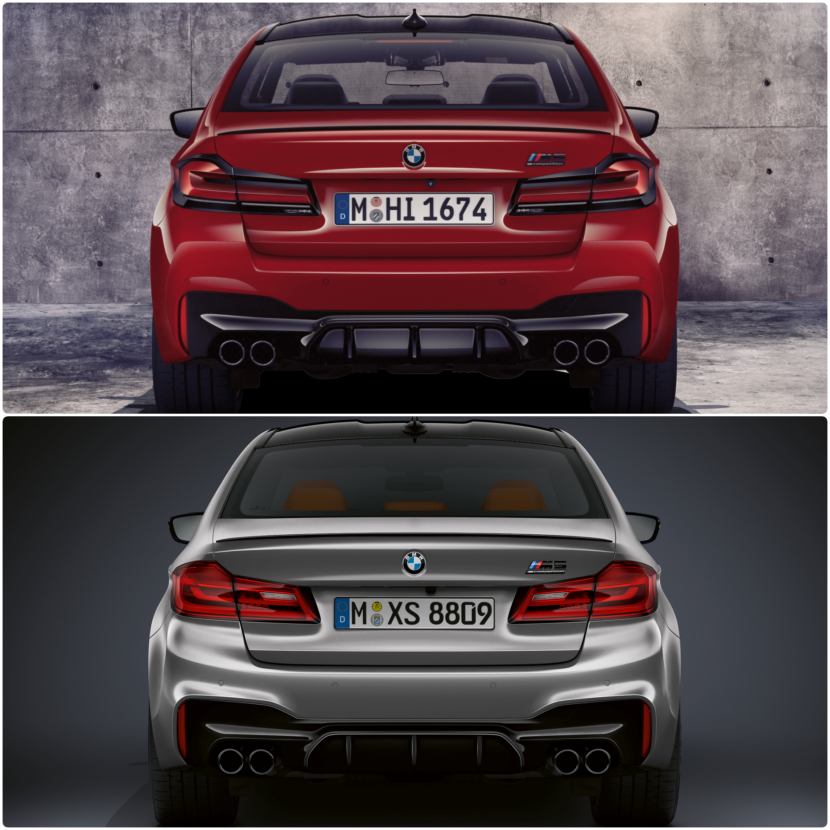 Furthermore, the performance virtues of the new BMW M5 Competition can now be further highlighted thanks to the red- or blue-colored calipers for the standard M Sport brake system, high-gloss black or high-gloss red units for the M Compound choice or gold-painted calipers in the case of the M Ceramic brakes.

At the rear end, there are also several specific styling changes the two model generations. The new LED tail lights gain more presence thanks to the darkened sections, the overall 3D effect and the absence of the outer glass cover. 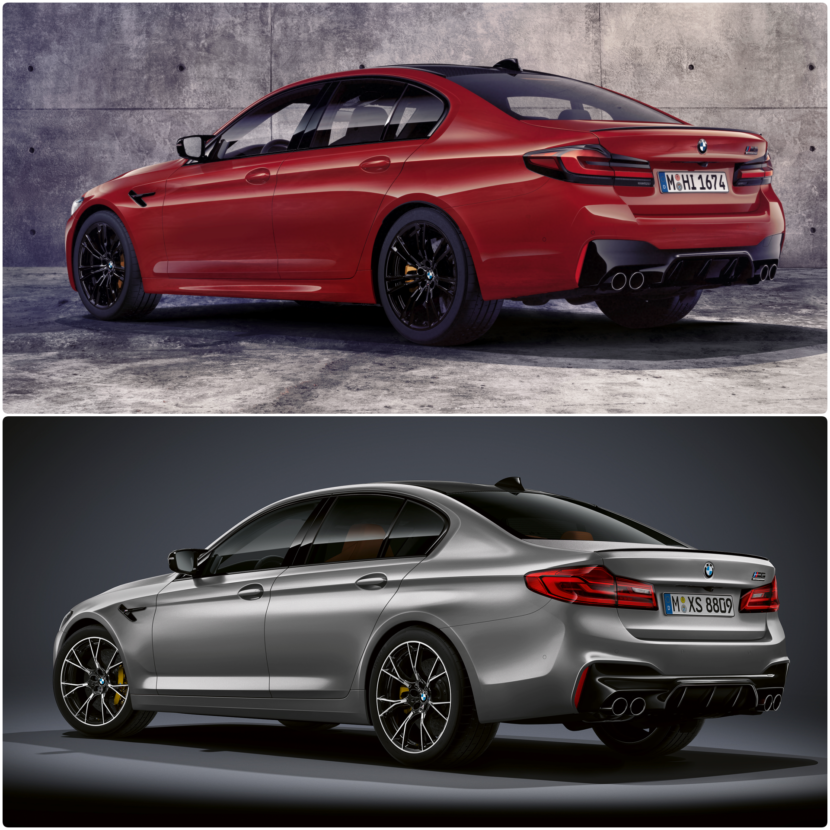 Nonetheless, the rear bumper has also been slightly revised in the area of the rear diffuser, while now the four exhaust pipes features thinner walls and a high-gloss black coating.

There are a few important changes inside the new M5 Competition LCI compared to the previous model. Now, the most powerful M5 of all times receives a larger, 12.3-inch Control Display, a full BMW OS 7.0 connectivity and infotainment concept and a fully digital BMW Live Cockpit instrument cluster with specific ///M layout and design. 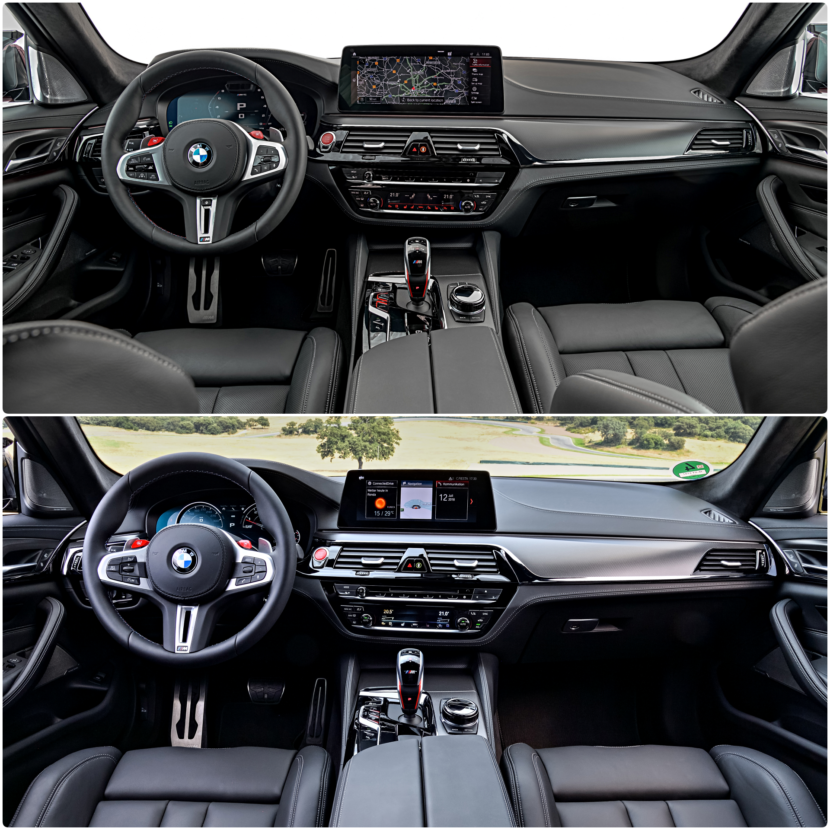 Last, but not least, the new M5 Competition also boasts a new operating concept for the complex driving modes available. Near the M electronic gear shifter stand the new SETUP and M Mode commands, which are also to be found on the M8 model family.

The new BMW M5 Competition LCI boasts a decisively striking stance, with an abundance of high-gloss black exterior adornments. But even though a bit toned down, the pre-LCI M5 Competition model still holds on pretty well with its classic styling philosophy.

So, as I cannot make up my mind in this LCI vs. pre-LCI visual contest, it’s up to you to tell us which of the two M5 Competition models you prefer. 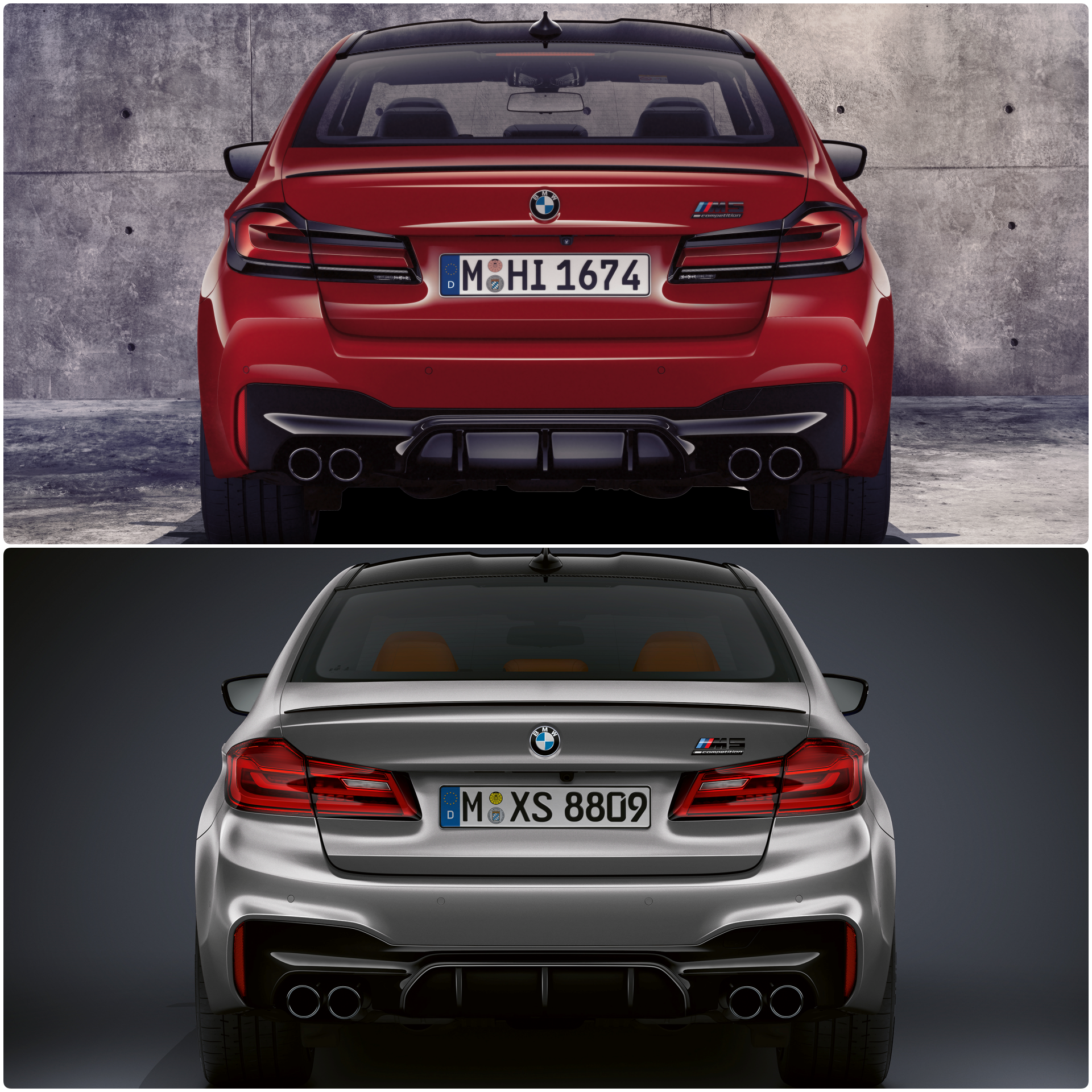 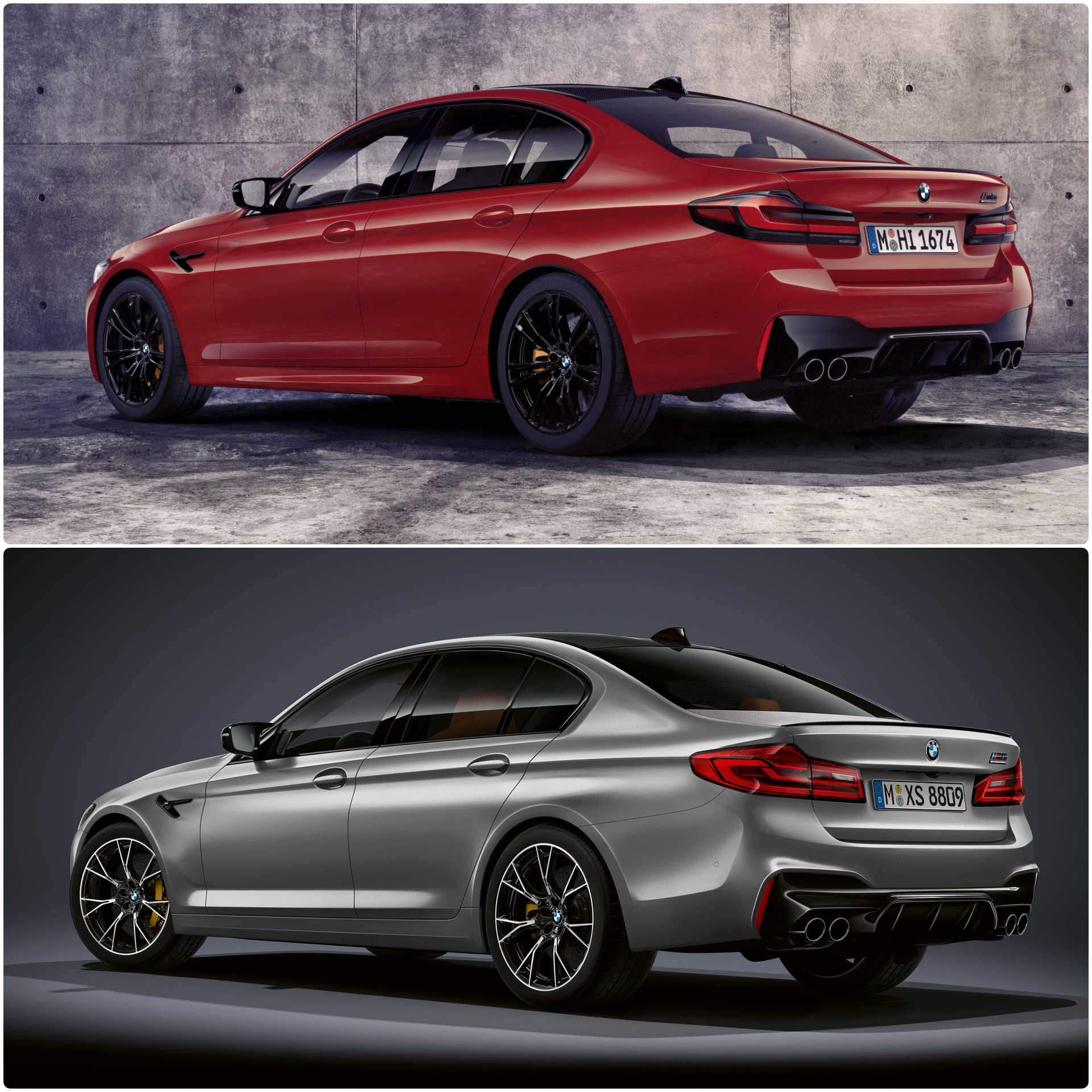 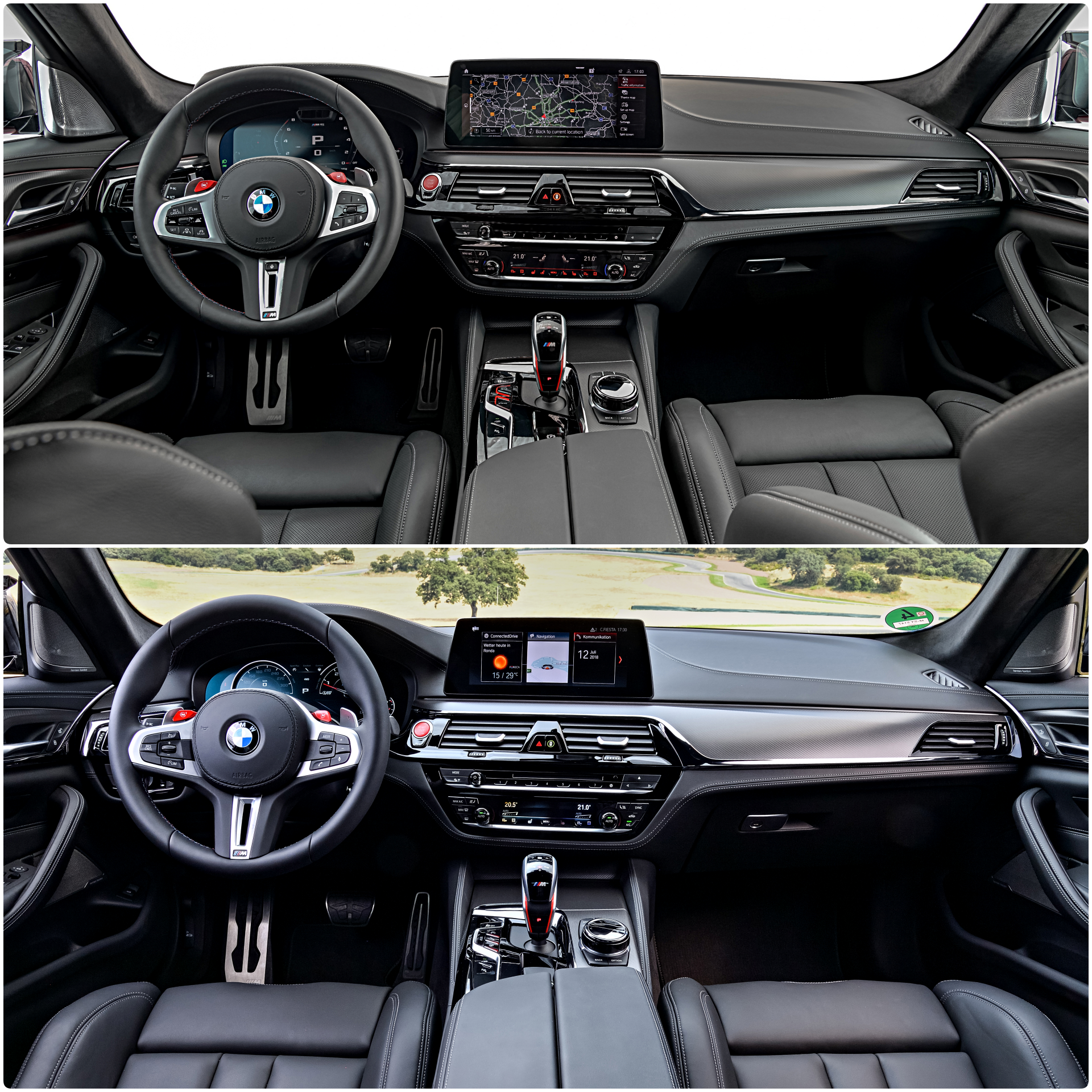 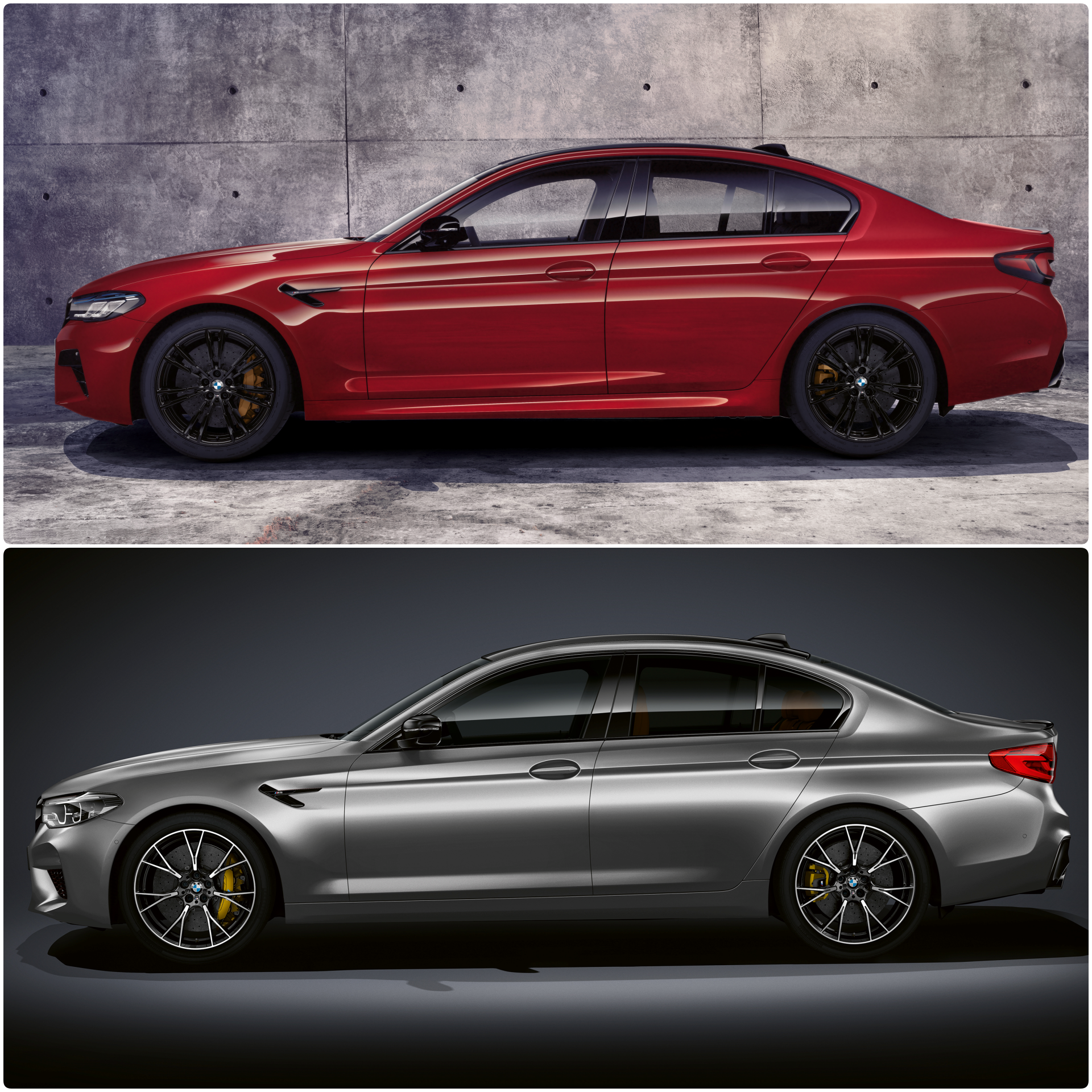 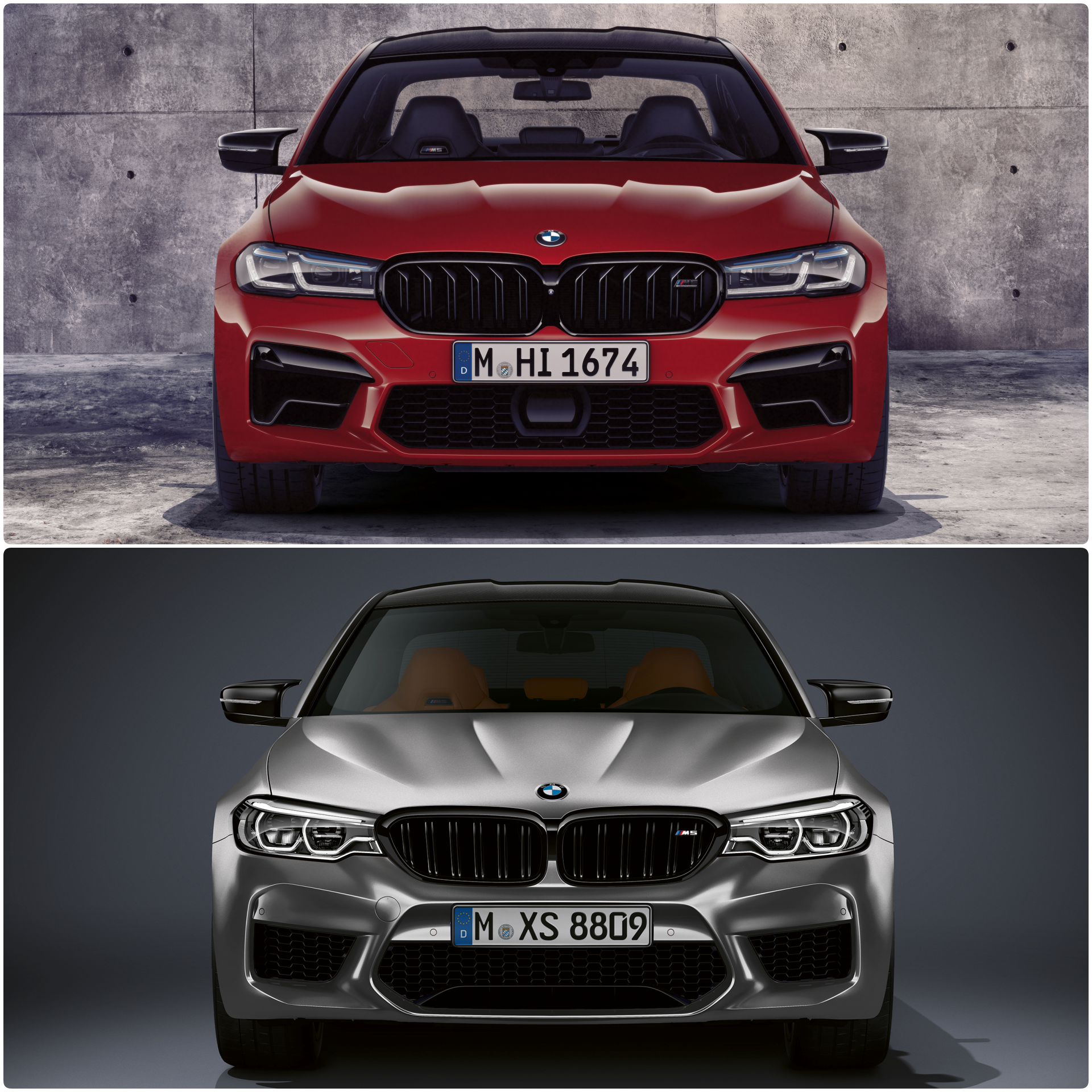