Despite our need for more efficient transportation, the demand for SUVs has grown and grown, hitting almost nauseating heights. This is especially true in America, where the majority of families buy three-row Chevy Suburbans powered by 6.2 liter V8s that get 8 mpg, all so they can fit one or two children inside.

It’s complete and utter overkill for the majority of customers. However, there are some families that need massive vehicles, families with four of five children and maybe those families want to drive around in some luxury. For those families, these are the BMW car that have three rows and can seat seven people. 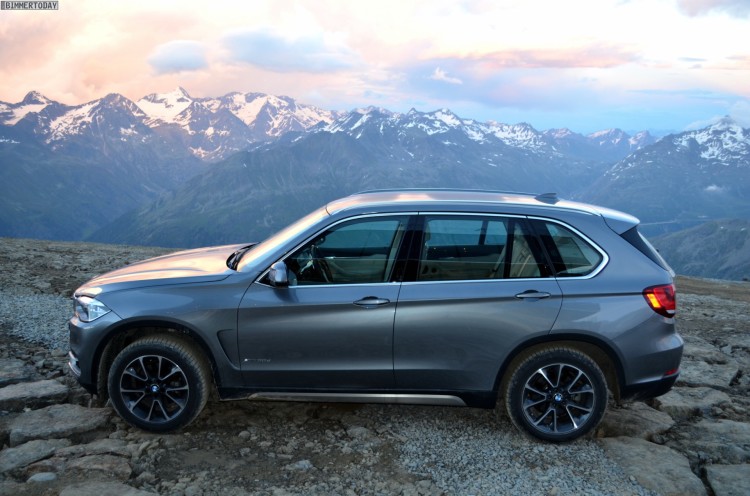 Related: How is the BMW X7 for Fitting Car Seats into?

However, if someone has a young family and can squeeze two of their small children back there, the F15-gen X5 isn’t a bad option, considering that used ones can be had for decent prices at the moment. Just look for one with the optional third row, which is admittedly not always easy to find. 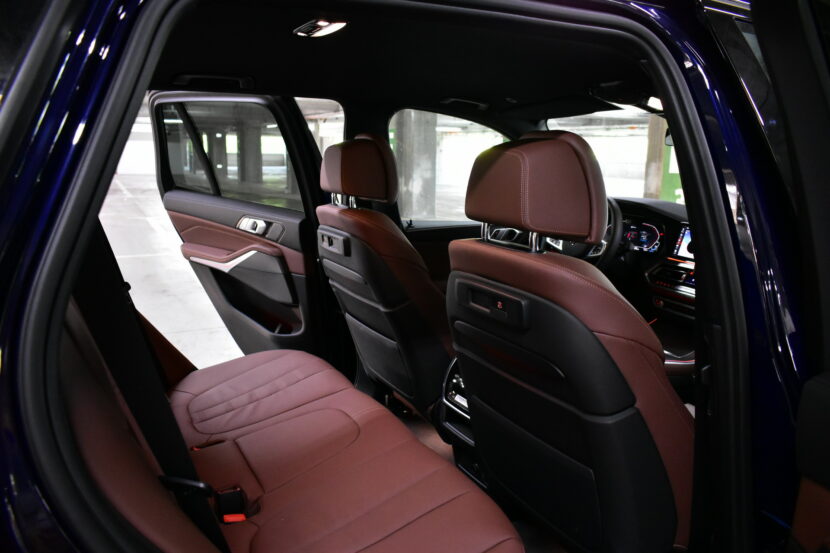 Much like the F15-generation before it, the G05 BMW X5 also comes with an optional third row. However, it’s a bit better in the G05, as it’s built on a new chassis which provides more interior and cargo space. So the third row in the G05 X5 is a bit more spacious, a bit more comfortable and impedes on second-row passenger comfort a bit less.

Another advantage the G05 has over its F15 predecessor is the fact that it’s still on sale. So you can order your X5 with a third row right from the factory, rather than scouring the interwebs for second-hand models with the option equipped. 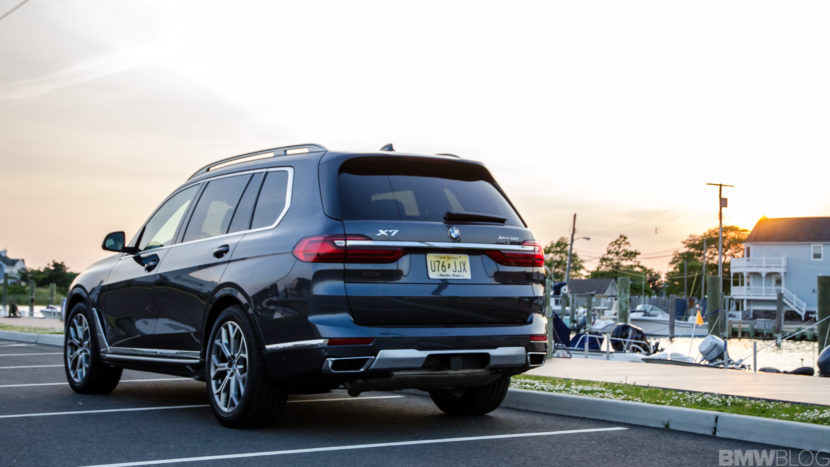 So far, there’s only been one generation of BMW X7, the current one, and it’s the only true seven-seat SUV BMW has ever made. The X7 is far larger than its X5 sibling and has a third row of seating as-standard. Those last two seats are also surprisingly cavernous.

I’m admittedly not very large, standing at only 5’9″ and about 165 lbs, but I can easily fit in the way back of an X7 with headroom to spare and enough knee room that I’m not clawing to get out. And I’m claustrophobic, so if I can manage back there, most people my size can as well.

It’s not just the size that makes the X7’s third row better. Not only is it large enough to fit an average-sized adult male but it has a dedicated climate zone with its own climate controls, heated seats (optional), cupholders and USB-C ports for charging phones and tablets. So for families that need to stuff four of five kids into the back of an SUV, the BMW X7 is about as accommodating as they come. 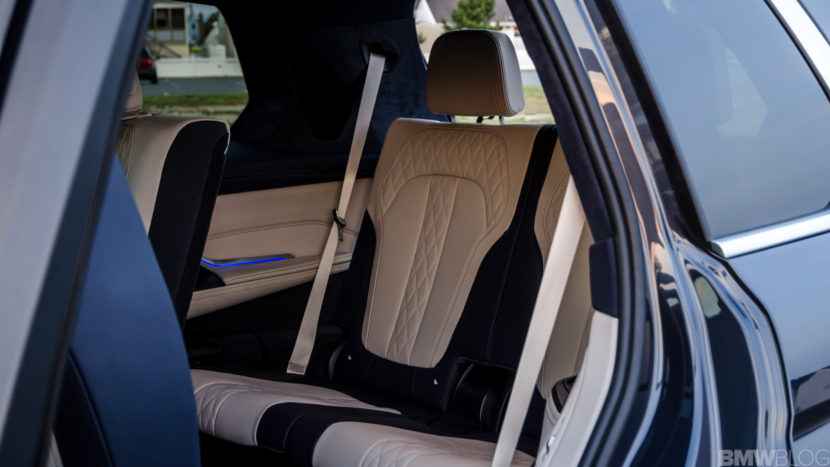 But wait, there’s more (said in my best infomercial voice). Pop the trunk of the X7 with the third row up and, on top of the fact that there’s already decent trunk space with the seats up, just the push of one button can lower those seats. It also has two dedicated buttons; max cargo and max seating, which fold all of the seats down for maximum cargo space and all of the seats up and back for max seating space, respectively.

Admittedly, the most pragmatic vehicle for large families would be a minivan but most people don’t like minivans and some customers want something uber premium. If that’s the case, these three BMW models could be for you.

Side Note: The E70-gen BMW X5 had an optional third row as well but that car is even smaller than the F15 and not recommended for anyone that truly needs three rows of seats.

Watch the BMW X5 Third Row Seat Demonstration and don’t forget to subscribe to our channel: