The latest version of the Porsche 911 Turbo S model was launched earlier this year. And the first reviews are already popping up and, as usual, they can’t really complain about anything. The 911 Turbo S is considered by many as the one supercar you can actually live with on a daily basis.

Of course, the M8 Competition could also be used on a daily basis without breaking your back while offering incredible straight line performance. And that’s why we’re here, to see the M8 take on the Porsche 911 Turbo S. Mind you, this is the Turbo S, so it’s the top of the line model. There is no faster Porsche 911 available for purchase right now and that’s not looking good for the BMW. 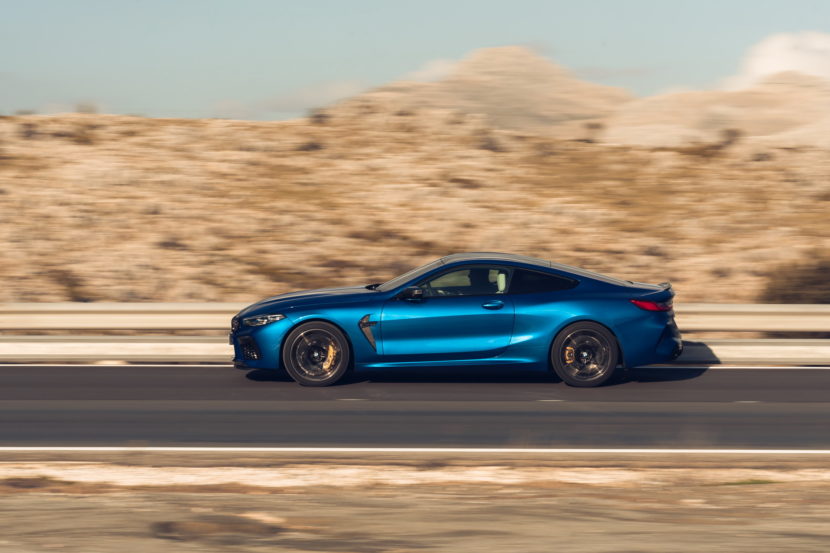 The Porsche uses a flat six 3.8-liter turbocharged engine good for 650 HP and 800 Nm of torque. All of that is sent to the four corners of the car via a PDK double-clutch transmission with Launch Control. It will do 0-100 km/h (62 mph) in a claimed 2.7 seconds, half a second faster than the M8 Competition. The reason? More power and torque as well as a lighter overall construction.

The Nissan GT-R lining up here was tuned by Liberty Walk, as you can clearly see. It has mad aero all around which will not help out at the top end. The engine was tuned, the 3.8-liter twin-turbo V6 making an unknown amount of power, as they don’t specify how much it has. The torque figure is offered: 830 Nm.

However, Mat does say the M8 is the least powerful car here so that’s something to keep in mind. Now let’s see how they fared.