The BMW M8 Competition Gran Coupe – try saying that 10 times in a row – is definitely not meant to be taken to the track. It’s a very potent car, don’t get me wrong, and I’m sure it handles decently for its size, but it’s just so damn pretty to trash it on a track. That doesn’t seem to be an issue for the guys from Motorsport Magazine, who did exactly that: race the wheels off it on the Magny Cours track.

For those of you reading the French magazine, you probably already know that this is their usual proving grounds. It’s also a quite technical circuit, not necessarily perfect for a car this wide and long. The M8 Competition Gran Coupe is a fast machine though and proved that by posting an impressive lap time. Therefore, this is one of those cases where one can also walk the walk, not just talk the talk. 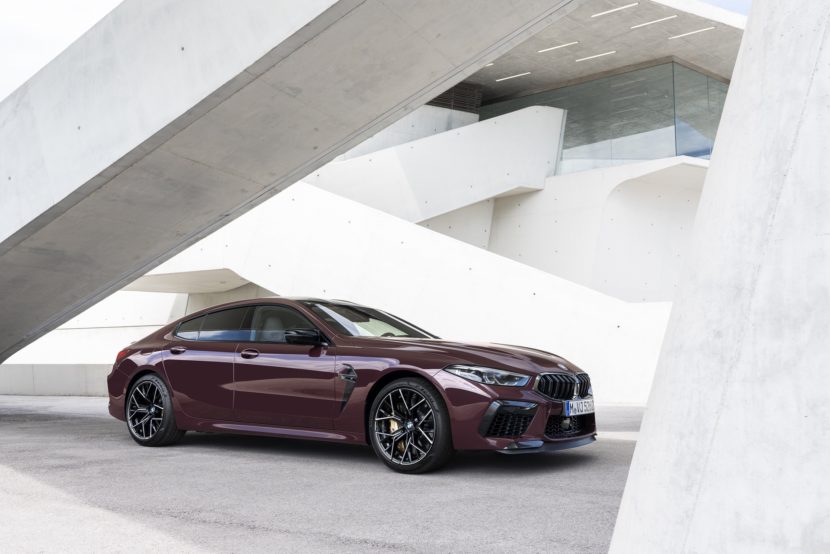 The 625-HP BMW did the lap in 1:22.20 which is less than a second away from an electric supercar, the Porsche Taycan Turbo S. And whaddayaknow, it looks like the Bimmer can hang with one of the fastest cars in production today. The two are even comparable in terms of size and weight to some point. The M8 Gran Coupe is longer and offers a bit more room inside, while the Porsche is heavier, with all those batteries to carry around.

The hot lap actually looks decent and the car seem like it belongs there. In the end, the M8 Competition Gran Coupe was beaten by its main rival: the AMG GT63 S four-door that did the same lap in 1:20.49, but it was just milliseconds away from the 2-door version which is pretty impressive.

It also managed to beat the BMW M5 and the AMG GT S.