Less than 10 years ago, the idea of an SUV featuring an M badge was something unheard of. People were still reluctant to making M-badged wagons, let alone SUVs. And yet, BMW did it, with the first BMW X5 M and X6 M models and they proved to be a success. That’s probably why every X5 and X6 generation so far got an M version and the most recent iterations are no exception and quite capable too.

I recently had the BMW X6 M Competition all to myself for a week and was completely blown away by its performance. The one thing I didn’t like was the rear-end design, but that’s something the can easily be fixed by getting a different car, like the X5 M Competition, for example. Not only will you get the same performance, you get a better rear-end and a more practical version altogether. 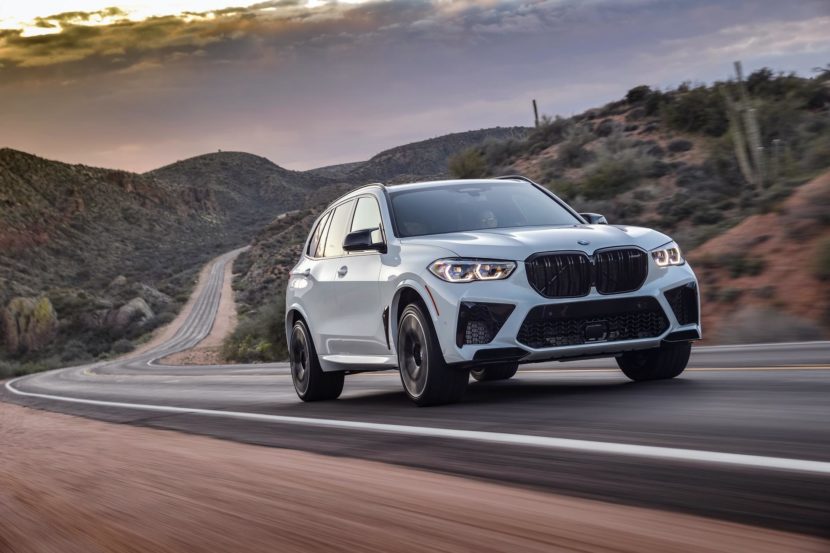 That’s what’s featured in the video below, in a configuration that’s basically identical to the X6 M we had. The color is the same (Marina Bay Blue), the wheels are the same and the specs are the same. Unfortunately, I couldn’t push my X6 M Competition to 300 km/h (186 mph) like you’re about to see unfold in the video below, as I don’t live in Germany. Luckily for us, some people do and they have cameras with them to allow us to join them for the ride.

The fact that an SUV of this size can reach such eye-watering speeds is a testament to how far technology has come and how much power resides under the hood. The 4.4-liter V8 doesn’t only have to carry all that weight up to that speed, but it also has to break the wind resistance.

Clearly, at those speeds, the wind the biggest force working against  large SUV. Judging by the looks of things, I reckon the X5 M Competition could reach even more than 300 km/h (186 mph).