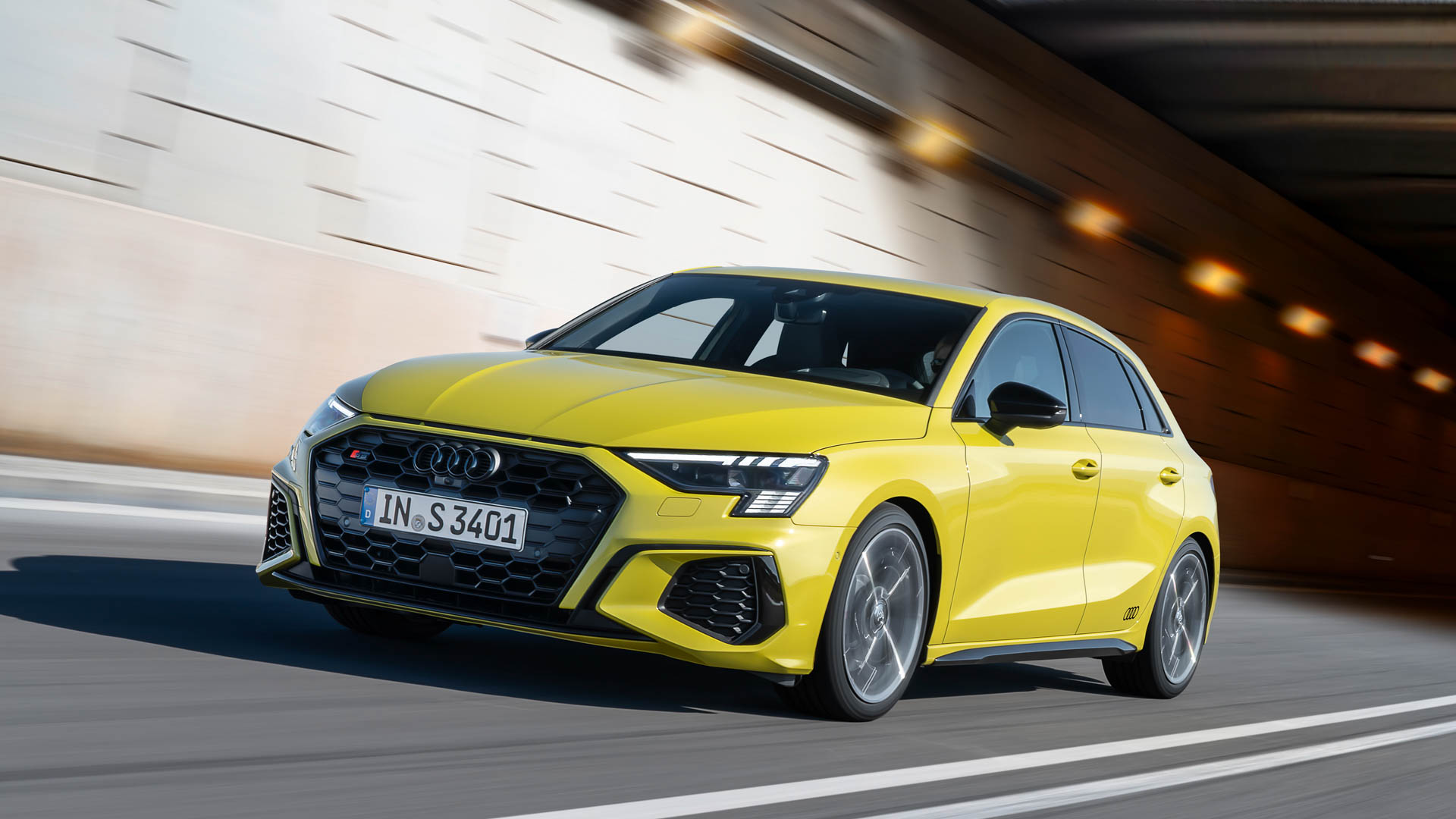 The BMW M135i is the brand’s first-ever front-wheel drive-based hot hatchback. Now that it’s here, it needs to contend with other cars that have been at it for a lot longer. The king of which has finally been updated and is here to take on BMW’s newcomer — the Audi S3 Sportback.

The S3 Sportback is the longest-running, most popular premium hot hatch in the segment, so Audi knows how to make such a car. Which means that the M135i will have its hands full trying to take it down, considering it not longer has the enthusiast’s benefit of being rear-wheel drive. However, we haven’t driven the new S3 yet, so we can’t comment on which is better to drive. We can comment on their styling, though. So let’s take a quick look at which car is better looking.

Typically, S3s are rather reserved in their styling but this new one seems very aggressive, with its monstrous grille and large front air intakes. It’s certainly more aggressive looking up front than the sort of bubbly looking M135i. The S3’s headlights are sharper and more angular, its grille plunges deep down low into the front bumper and its hood shut line has three little vents built in. Compared to the S3, the M135i looks a bit soft and I can’t help but think of one of the pigs from Angry Birds when I look at it. So I have to give the win to the Audi S3, here.

In profile, both cars look like typical front-wheel drive-based hatchbacks but have their own unique styling. They’re actually both good looking cars from the side, with the Bimmer looking a bit sleeker and the Audi looking more muscular. Both are sporty and both look better than the other in certain ways. For instance, the BMW M135i looks more like a hot hatch, thanks to its sportier roof spoiler and seemingly shorter front overhang. While the Audi S3 has more muscular wheel arches that give it a sexier look. Both cars have awful wheels, though. So it’s a tie here.

Out back, both cars have similar looks, actually, with wide taillights and a bunch of fake vents. Though, I think the win out back has to go to the Audi S3. Its quad exhausts are cooler looking than the M135i’s dual exhausts and its pseudo rear diffuser is a bit sportier than the Bimmers. While both are similar, the S3’s quad exhausts really make the difference and help it stand out as the sportier looking car.

Inside, this is a no-brainer. The Audi S3’s cabin is far snazzier than the BMW M135i’s. It’s sleek, sporty and has a ton of interesting looking features. Ergonomics seem a bit questionable in some places but we won’t comment on that until we actually sit in it. Plus, its Virtual Cockpit is miles ahead of BMW’s Live Cockpit Professional and its steering wheel is an appropriate thickness. While the M135i’s cabin is built to an absurdly high quality and does have some cool features, like the LED backlit trim bits, it’s just a bit of a snooze-fest. The same can be said the M235i, which we recently tested.

Overall, the Audi S3 Sportback has to take the win here. I know I’ll be labeled as a VW Group-fanboy, as I always am, but Audi is just making more interesting looking cars than BMW at the moment and the M135i is BMW’s weakest offering. So this was always going to be a lopsided test. To be fair, I like the look of the M135i more than most but the S3 Sportback just looks sportier and more like a hot hatch should. Its interior is also more interesting looking and it has flashier cabin tech.

This is also usually the part where I say that the BMW is likely better to drive, as that has historically been the case. However, I’m not so sure I can do that with the M135i because it’s biggest complaint is that it’s a bit boring to drive. Now that the 1 Series no longer has the benefit of rear-wheel drive, there’s no guarantee that it’s actually more fun. In fact, it’s probably at a disadvantage because Audi has been doing front-wheel drive-based hot hatches for far longer than BMW, so it has more experience in that arena.

We can’t wait to test these cars back to back to see how they get one but, for now, it seems like the Audi S3 Sportback is the more attractive car to look at.