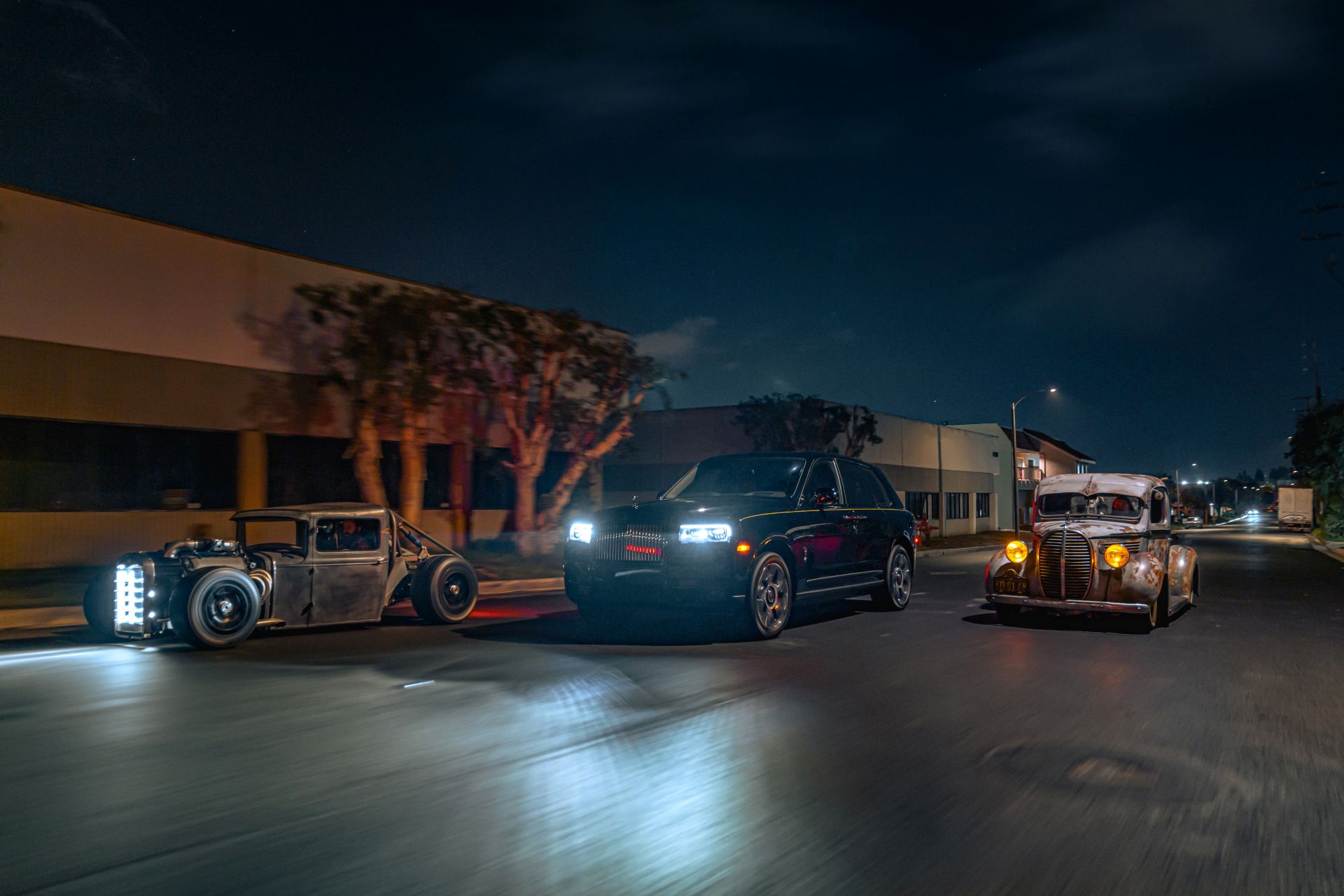 A while back we took a loot at a a photo shoot that took place in California, featuring the Rolls-Royce Cullinan Black Badge and the local automotive culture, which typically features a lot of hot rods. It was a rather powerful contrast between the stylish, distinguished Rolls and the raw, analogue look of the cars around it, cars you can see on Californian roads every day. It looks like a short clip was also shot that night, featuring some of the aforementioned hot rods.

There’s not really much of a connection between the Rolls-Royce Cullinan – be it Black Badge or not – and a hot rod. One could say that both are very well known in the automotive world and, to some extent, a hot rod could have roots in roughly the same decade as when the Rolls-Royce brand was founded. Other than that though, I think it might be a bit of a stretch. However, the contrast between these two ‘cults’ is quite powerful. 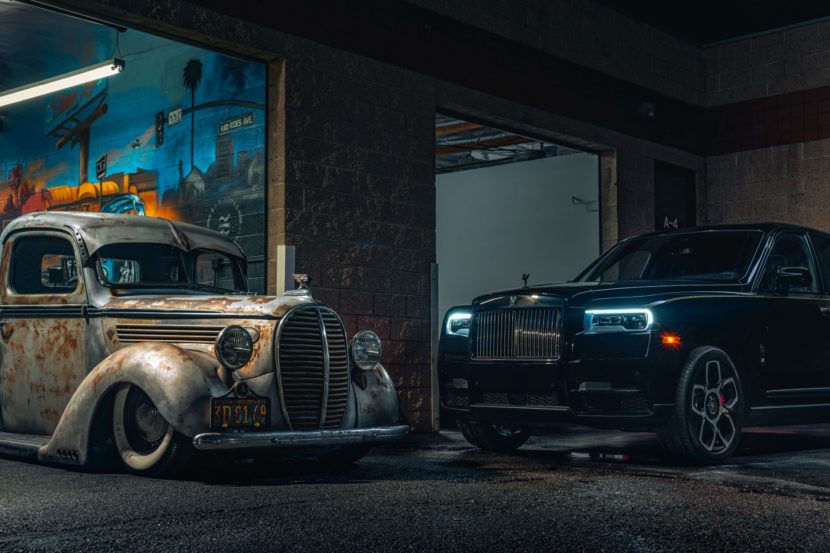 Whereas a Rolls-Royce is, by its own definition, the best of what the auto industry can come up with, a hot rod will often have issues starting and driving. A Rolls will always be comfortable, luxurious and offer a unique experience to those inside while the hot rod is basically the total opposite. There are exceptions to the rule though and people can definitely have a preference, one way or another.

The Rolls-Royce Cullinan is the most luxurious SUV in the world though and that comes with certain expectations. The Black Badge treatment takes things to a whole new level. It creates the ultimate expression of opulence and power, in a unique package. That’s probably why the contrast with the hot rods shown here creates such a powerful impact.