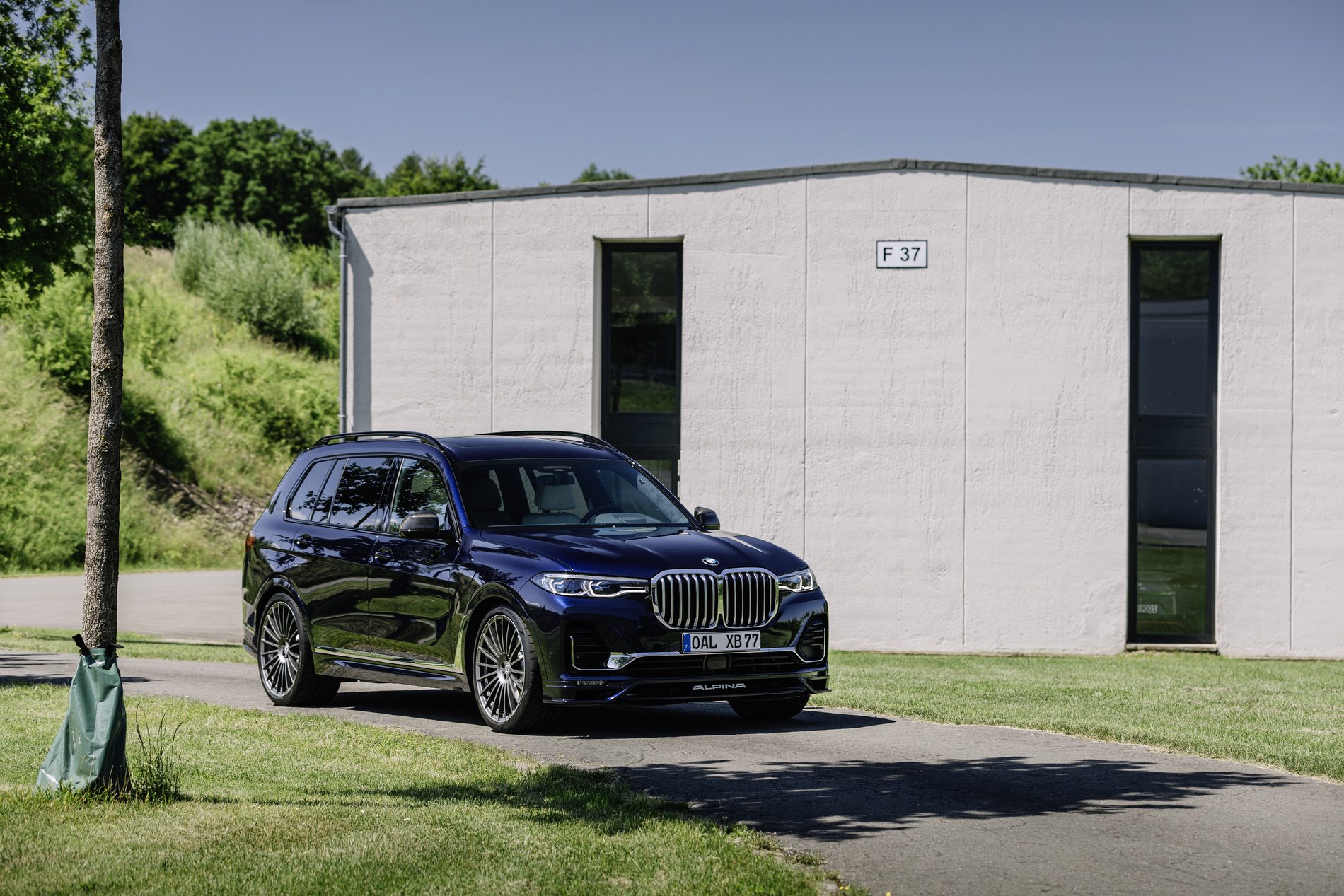 If you’ve ever driven an ALPINA, you’d know that they feel very different from the standard BMWs on which they’re based. While they might not look so different from the outside, the differences under the skin are massive. It’s not just the engines, either. While ALPINAs do make more power than their BMW counterparts, each ALPINA is given a comprehensive overhaul to genuinely differentiate it from its BMW sibling. In the case of the ALPINA XB7, those changes should make for a drastically different car.

Under the skin, the ALPINA XB7 has been comprehensively upgraded to ride better, handle better and go faster. It all starts up front, though, with the engine. As with all ALPINAs, the engine begins life as a standard BMW engine, in this case an N63 4.4 liter twin-turbocharged V8. However, it doesn’t stay a standard BMW engine for long. 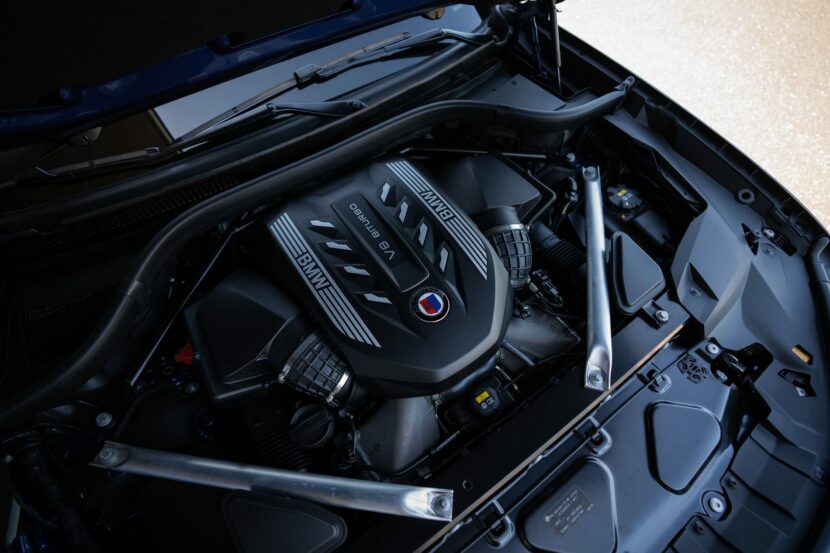 Soon after acquiring such engine ALPINA starts tearing it apart and replacing stuff. For instance, new pistons, turbochargers, intercoolers, intake manifold, exhaust manifold and engine tuning all contribute to not only making the engine more powerful but also smoother and more effective. If you’ve driven an ALPINA, you’d understand exactly what that means; there’s something intangibly beautiful about the way an ALPINA engine performs, as if it’s powered by explosive cream. It’s lovely.

On paper, though, it’s also improved. The ALPINA XB7 makes a very healthy 621 horsepower and 590 lb-ft of torque. Both of those figures are more than the BMW M8 Competition, BMW’s most powerful car. The torque figure is the impressive one, as it’s quite a bit more than the 553 lb-ft of torque that every V8-powered M car has. It even gets a bespoke stainless steel exhaust system, with an ALPINA-specific soundtrack.

According to ALPINA, 0-100 km/h (62 mph) in 4.2 seconds, which sounds a bit conservative, even though its half of a second faster than the X7 M50i. Top speed? 290 km/h (180 mph), which also sounds a bit understated. Also, that top speed makes it the fastest SUV of its size in the world, with only the Porsche Cayenne Turbo getting close, with a 286 km/h top speed. 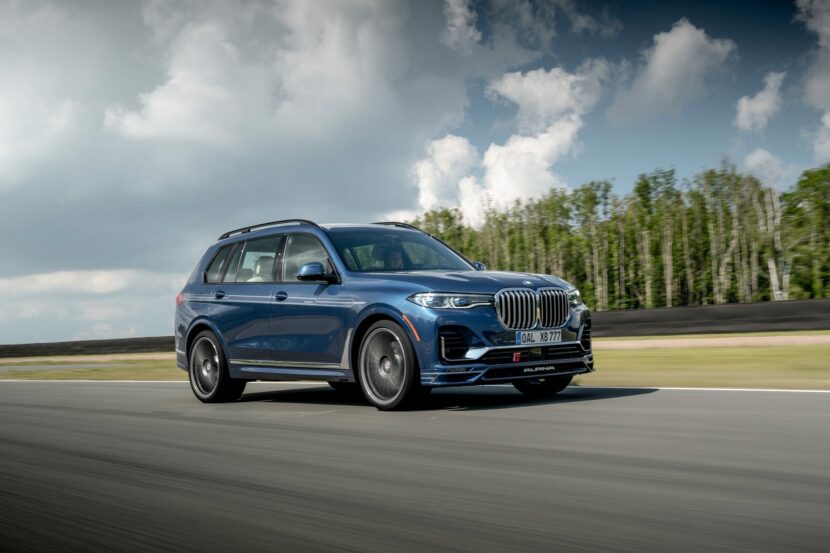 The upgrades don’t stop at just the engine, though. While the ALPINA XB7 technically uses the same ZF-sourced eight-speed automatic as every BMW X7, it’s been reinforced to handle the extra torque and re-calibrated with ALPINA’s own “SWITCH-TRONIC” software.

Even more important than that is its re-calibrated all-wheel drive system for better performance and traction. It’s also been given stronger, reinforced driveshafts and output shafts, as well as a stronger rear differential. So it not only will its components withstand more torque, they will also be more durable over time.

To help the ALPINA XB7 handle all of its newfound power and performance, the folks in Buchloe have given it an upgrade suspension as well. Not only is its air suspension tuned to be both more comfortable and more capable but it’s also been given newer hardware. Reinforced torsion struts, special dome bulkhead struts and stiffer rear axle bushings help give it that signature ALPINA ride quality. 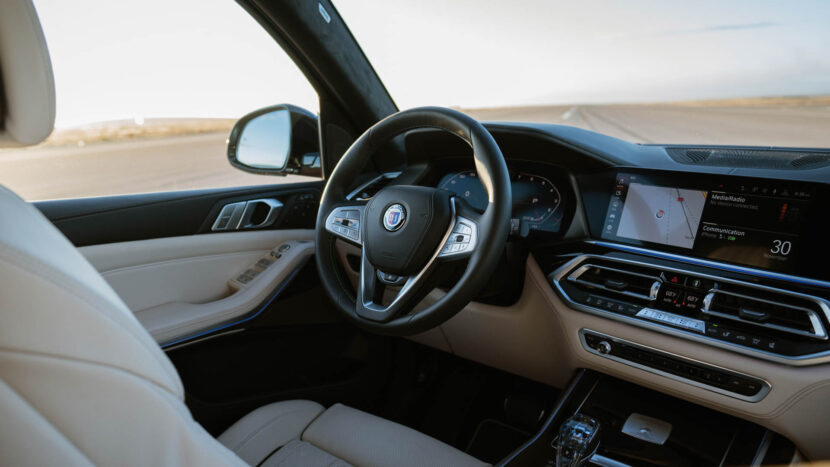 Everything else in the chassis has also been given ALPINA’s signature tuning, including the active roll stabilization, rear-wheel steering and even its drive-select modes.

While the ALPINA XB7 might not look so different from the standard X7, it’s extremely different under the skin. Drive an ALPINA, even for a few minutes, and you’ll soon realize just how different it feels. Everything feels so extremely well-made and high quality and all of it lies under the skin. It’s hard to put into words just how different it feels but the best analogy I can come up with is that ALPINAs feel like really slick, well-oiled machines. Just ones with explosive power. The XB7 should feel no different.