Can the BMW M8 Competition Take On the Porsche 911 Turbo?

Home » Can the BMW M8 Competition Take On the Porsche 911 Turbo?

If there’s a Porsche 911 model that the BMW M8 Competition can truly compete with, it’s the Turbo. Most 911s are far more engaging sports cars than the BMW M8 and it’s honestly not even close. However, the Porsche 911 Turbo has always been a bit more of a GT car than a sports car, due to its alarming speed and nigh unflappability. So can the M8 Comp actually compete? Car Magazine recently found out.

The BMW M8 Competition is a ferociously fast car. Its 4.4 liter twin-turbo V8 makes 617 horsepower and 553 lb-ft of torque, allowing it to reach 60 mph in less than three seconds. It’s so fast it warps the brain. However, the Porsche 911 Turbo is quick, too. Its 3.8 liter twin-turbocharged flat-six makes 640 horsepower and 590 lb-ft. That’s honestly ridiculous from a flat-six and Porsche needs be investigated for witchcraft. Is the Porsche faster than the Bimmer? Oh yea. The M8 is capable of 60 mph in about 2.8 seconds. The Porsche? That number drops to 2.3 seconds. 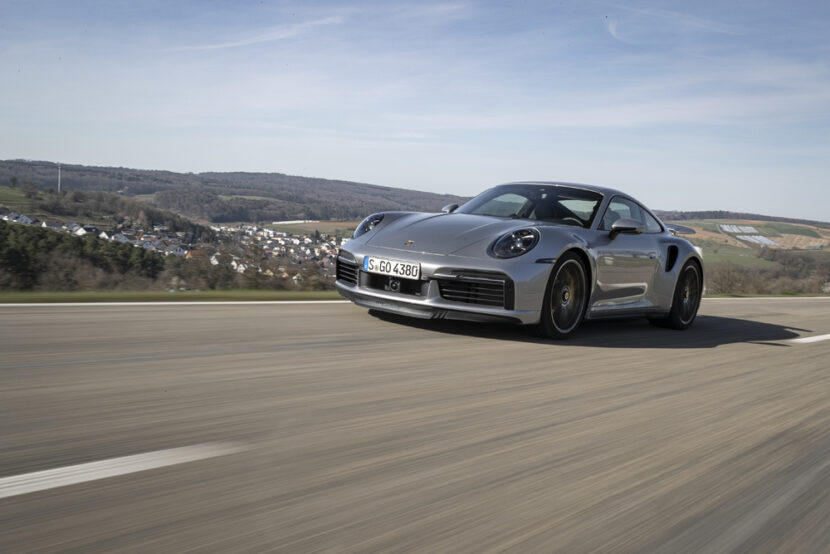 None of that speed matters if the cars aren’t good to drive, though. So which one is actually better to snake down a twisty road? Honestly, the Porsche 911 Turbo and it’s not even close. The BMW M8 Commpetition is a good car to drive; it’s fast, capable and surprisingly agile for such a big car. But therein lies its problem — it’s a very big car. The BMW M8 is just far too big and heavy to hang with the ultra-sharp Porsche. Sure, the M8 can handle twisty road but the 911 Turbo relishes them.

Having just spent a lot of time with the BMW M8 Competition Gran Coupe, I came away with a similar conclusion. As fast and capable as the M8 is, it’s just not a ton of fun to drive. Sure, it’s a blast letting it pummel your organs into submission as it accelerates at fighter jet-speed. But that’s it. Drive it in any other condition and it just seems ordinary. That’s because it’s not a sports car, it’s a GT car. The Porsche 911 Turbo is a sports car, so it wins this test.