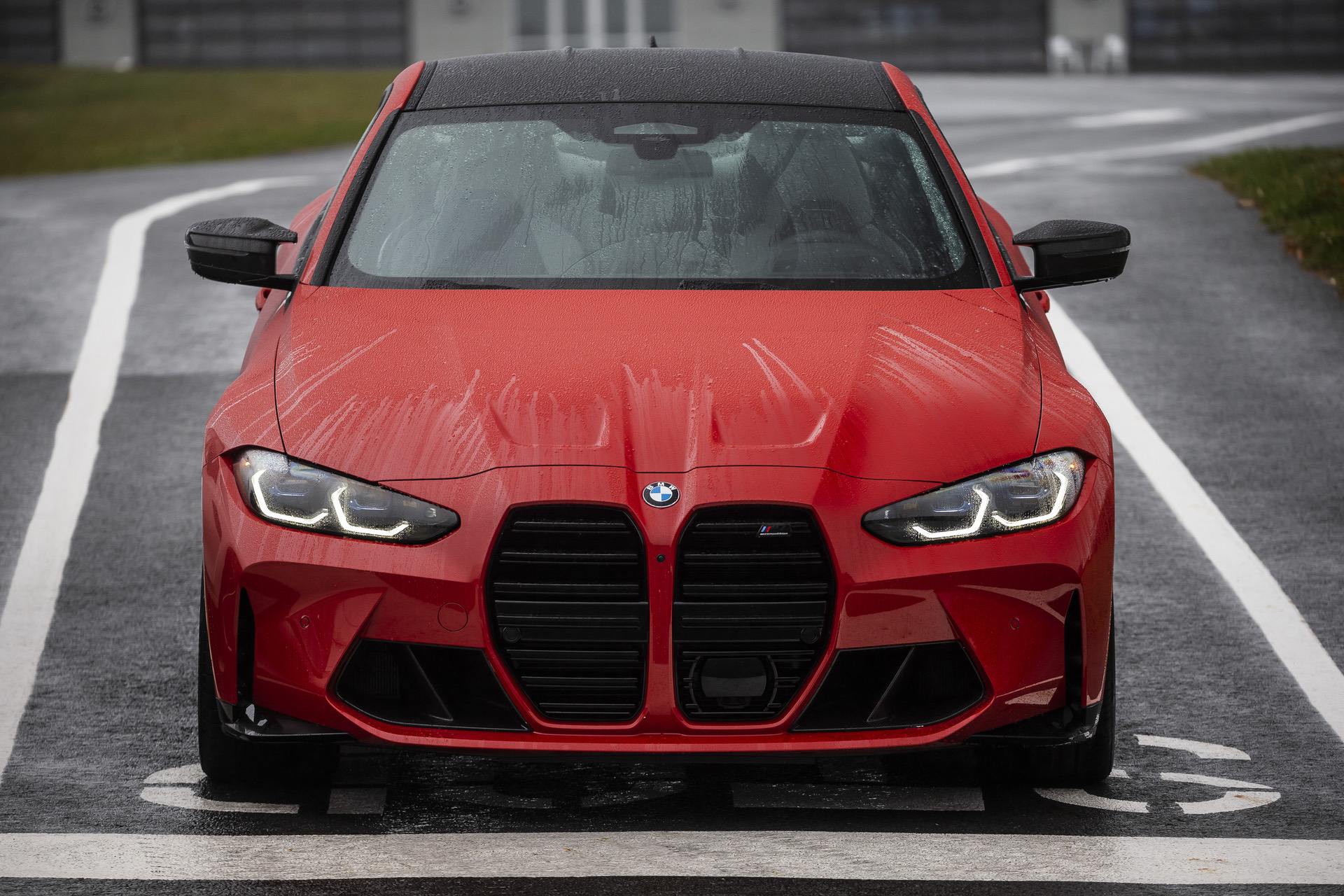 Ever since some leaks of the upcoming BMW M4 surfaced, fans have been creating drawings and renders of what they think the final production car will look like. Based on the leaks and the design of the production 4 Series, it’s not hard to create an educated guess as to what the real M4 will be. This new render from Motor1 shows off just that.

Up front, we see the new grille design that we know the BMW M4 will have. Its grille will be an evolution of the standard 4 Series’ Nosferatu grille (that’s my term, you heard it here first) and it looks similar but has its differences. For instance, it gets horizontal slat inserts, rather than the little dotted design of the standard 4er. It also loses the surrounding trim, giving it the look of having just two holes stamped into the front end.

Below the grille, we see the render artist took some BMW M2 inspirations for its lower front bumper, which actually looks pretty good. The rest of the car, however, seems to have standard 4 Series styling, which it’s not likely to actually have. Expect the fenders to be flared out a bit, to accommodate a wider wheel track, and some M-style side mirrors.

Overall, though, I think it’s safe to say that the BMW M4 will be a surprisingly good looking car, aside from that massive new grille which will divide the entire fanbase. The rest of it, though, will look good.

It will drive pretty damn well, too. Thanks to that 3.0 liter twin-turbocharged “S58” engine, it will make 473 horsepower in standard spec but 503 horsepower in Competition spec. Pair the standard car with a six-speed manual gearbox and rear-wheel drive and you’re set up for one helluva drive. Let’s hope so, at least, as it’s going to need to be great to drive to overcome that divisive grille design.