Now that the new 4 Series has been revealed and we’ve all seen its new styling, BMW fans are waiting rather impatiently to see the production-ready BMW M3. Some early spy photos showed off an M4 with its camouflage removed, revealing its new face, and there were many disappointed fans. The new grille is certainly going to be a controversial design element. However, what isn’t going to be controversial is the way it drives.

In this new spy video, we get to see the new G80 BMW M3 hitting the Nurburgring once again, still wearing its heavy camouflaged wrap. While it might not be a looker up front, it can certainly dance. Even with all-wheel drive, the new M3 seems to want to wag its tail on corner exit and still seems to have proper M3 moves. It even sounds good again, as the previous F80 M3’s exhaust fell a bit flat. 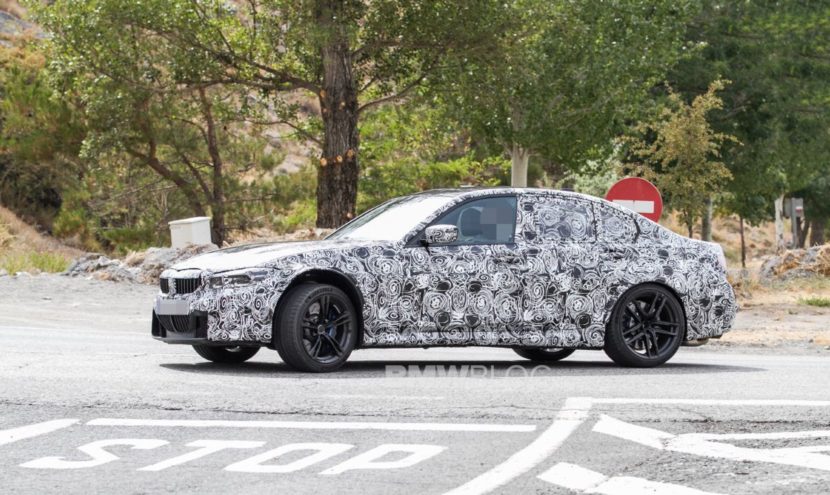 Powering the next-gen BMW M3 is a 3.0 liter twin-turbocharged inline-six making 473 horsepower and 443 lb-ft of torque in base spec. However, bump up to the Competition model and you’ll get 503 horsepower. The base spec car is the one you want, though. Sure, it’s down thirty horsepower but it will be available with rear-wheel drive and a proper six-speed stick. Whereas the BMW M3 Competition will be automatic and all-wheel drive-only. As far as we know, both all-wheel drive and an automatic transmission will be optional on the base-spec car. Which makes the base M3 more customizable.

Still, fans are going to worry about its new design. Rightfully so, as the design of a car is the first way we connect with it. So the driving dynamics are going to have to be stellar to help fans and customers get over its controversial looks. We think it’s going to be good but is it going to be that good? We’ll just have to wait and see.