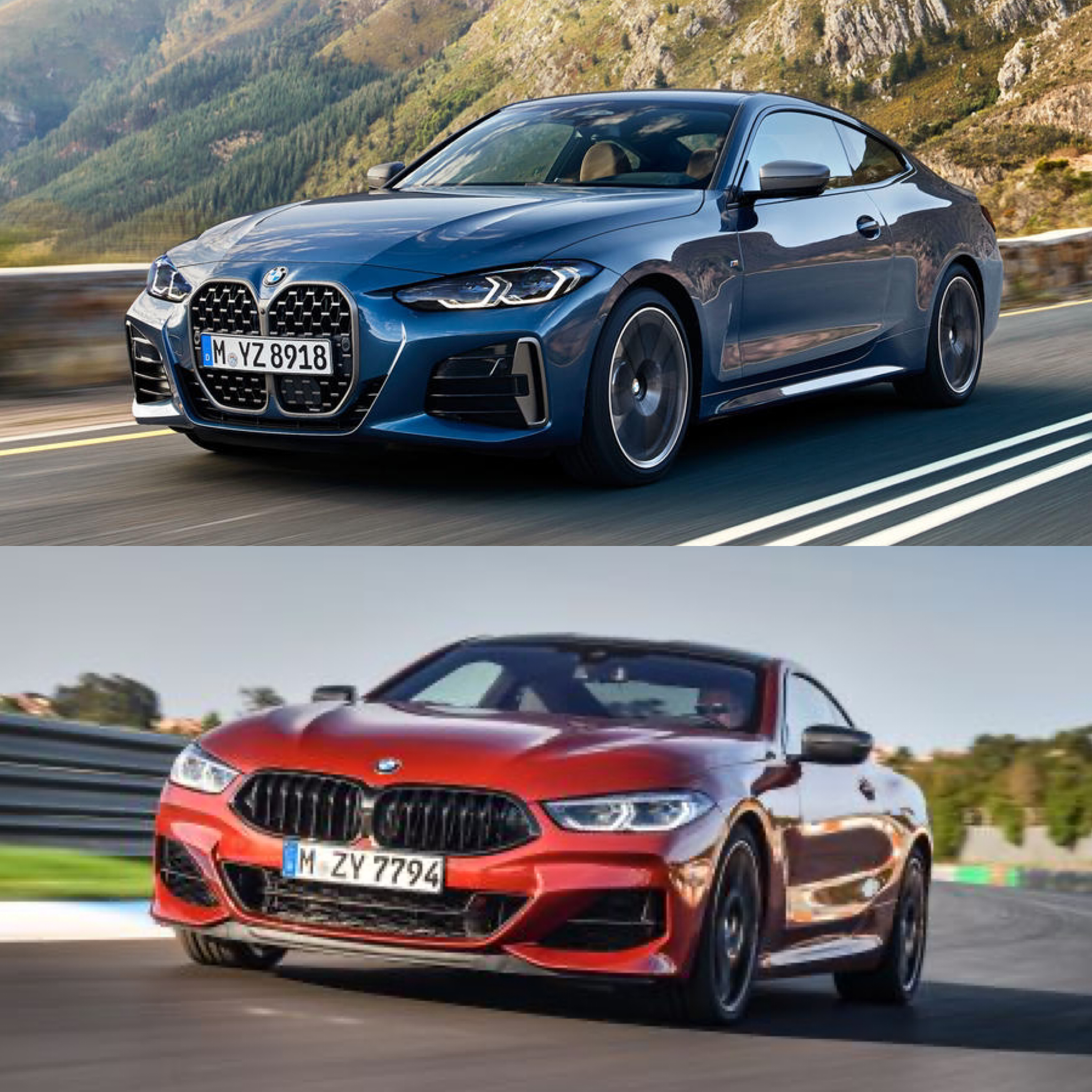 When we first started seeing spy photos of the newly-released BMW 4 Series, clad in camouflage, we thought it looked like a mini-8 Series. Moreover, we had heard rumors that it would actually drive like a baby 8 Series as well. Turns out, neither of those were exactly accurate. BMW claims the new 4 Series to be more of a sports car than anything else and we now know that its styling is not a direct carryover from the 8 Series. So we thought we’d put together a side-by-side comparison to see how the two BMW coupes differ.

Let’s get the faces of both cars out of the way first. Up front, the 4 Series makes the 8 Series positively tame. When the 8er first debuted, it was said to have had massive grilles. Now, it looks reserved and understated compared to its younger sibling. The 4 Series’ monstrous kidney grilles are comically disproportionate and the 8er’s are far more normal. That said, the 4 Series headlights are far prettier and more interesting and it does look sportier than its older sibling. So BMW nailed that aspect of it.

In profile, the two cars are similar but not identical. BMW has done a good job of differentiating the two cars well enough that it doesn’t look like the 8 Series is just a stretched 4 Series. That was wise, too, as the more similar the two cars are, the less likely customers will opt for the more expensive car. And BMW is having a hard time selling 8 Series’ as it is. The 8er is longer, a bit more muscular and a bit more athletic looking. While the 4 Series is actually a bit smoother and prettier. Both have accentuate rear wheel arches but the 8 Series’ hips are more pronounced than the 4 Series’. Still, both cars look great from the side, as it’s both cars’ best angle.

Out back, the 8 Series is a bit subtler, a bit more subdued than the 4 Series, which is a bit more stylish and sporty looking. It’s hard to say which one is better looking, as they’re surprisingly more distinct than we thought they’d be. Though, the 8 Series’ hips, and the way they stick out past the C-pillars, is really sexy, more so than on the 4 Series.

We won’t actually compare interiors because it’s not really fair to compare the cabins of two different cars with $40,000 in between them. Though, if I’m being honest, the comparison would probably hurt the 8 Series more, as it’s not different enough to justify its price tag.

In the end, we’re happy that the 4 Series is different enough looking from the 8 Series that it doesn’t seem as if they’re cookie-cutter designs.