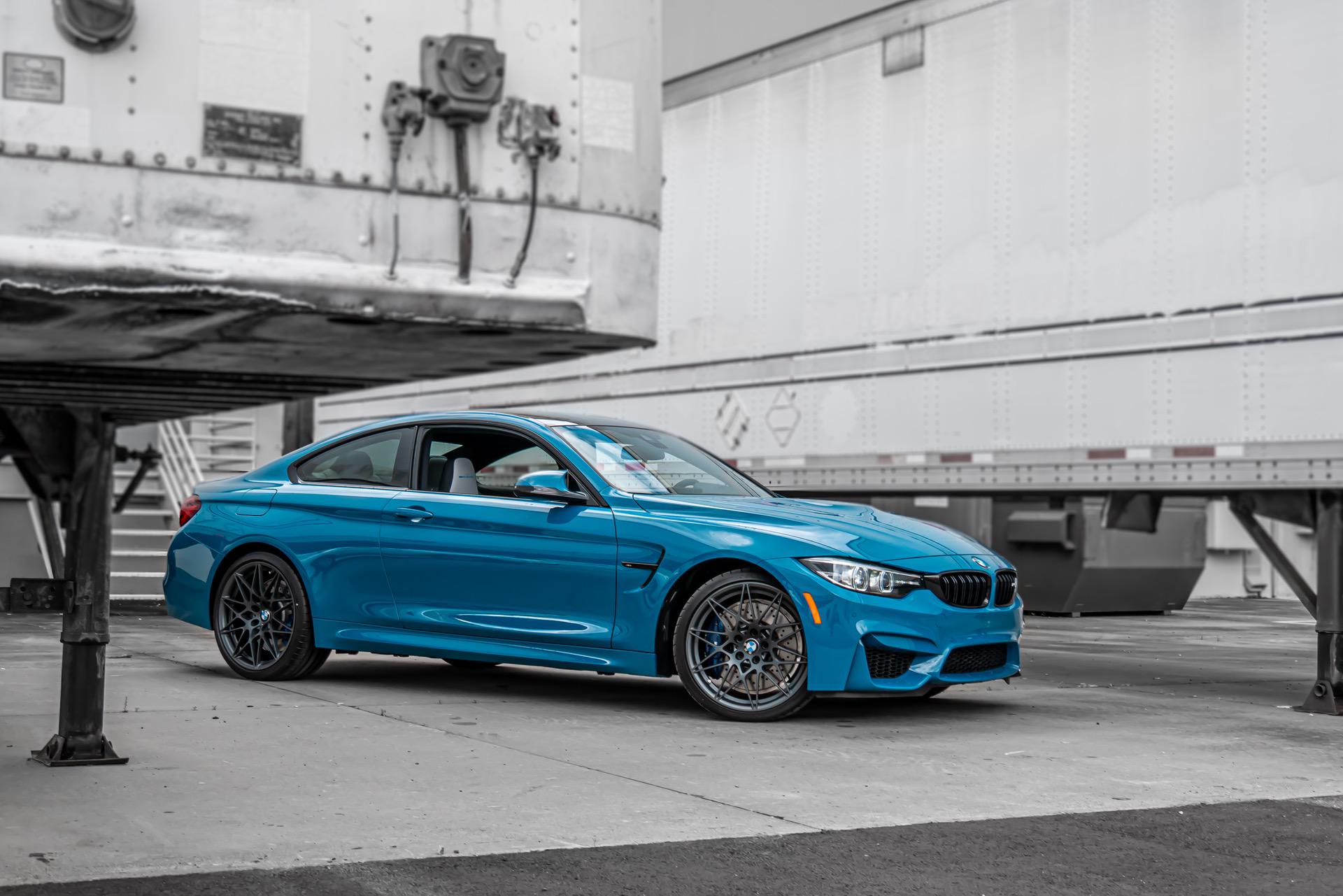 This nice thing about ModFind is that it’s a car-part marketplace for the enthusiast community. So you know the people selling parts are genuine gear-heads, as are the people buying. What’s more, if you’re trying to sell a part but are having a hard time, you can pay other local enthusiasts to promote your add. It’s an interesting system that should help create growing enthusiast communities.

Easily one of the best mods you can do to your car is to upgrade the brakes, especially on a high-performance machine such as a BMW M3. However, if you want to upgrade your brakes from the factory, BMW charges too much. There are buildings cheaper than the carbon ceramic brake package for M cars.

This Brembo brake kit on Modfind is $6,000. While that might sound like a lot, and it is, it’s a lot cheaper than the typically $9,000 that BMW charges for the carbon ceramic kit.

Plus, many customers buy the F80 M3 used and the car may not have the carbon ceramics from the factory. So if you want to upgrade your brakes, this could be a good way to do it.

While BMW M straight-sixes usually have soundtracks created by the car gods themselves, the F80 M3’s is a bit of a dud. It’s never sounded great and it’s been one of the few consistent complaints about it. Even fans of the car admit that it sounds a bit boring and generic.

So upgrading to a Meisterschaft exhaust might be a good idea. This exhaust system is currently up for sale for $2,700, which isn’t cheap but the sound could be worth it to you. It’s only the back end of the exhaust system, so you don’t have to get rid of any catalytic converters and ruin your emissions.

Side skirts are small additions, physically, but they make a big difference. They visually lower the car, giving it a sportier, more aggressive look. These Morph Auto side skirts not only look good but they’re made from carbon fiber to, ya know, add lightness.

Mainly, they’re for looks and they work, as F80 M3 looks better with them. For $550, they’re also affordable.

There’s nothing like a new set of wheels to massively improve the look of a car. The right wheels can make any car and the wrong ones can brake any car. So if you put a set of nice, Vossen x Work Series VWS-1 wheels on your F82 BMW M4, your car is going to look fantastic.

Especially in the bronze trim seen here. Bronze is a terribly underrated color for wheels and these look good in bronze.

Big, exciting diffusers are all the rage nowadays, even if they aren’t actually functional. Slap a big diffuser on a car that is virtually never going to see 150-plus mph and you’re doing nothing, really. Well, except for making it look cool.

Diffusers can drastically improve the look of a car’s rear and and this Vorsteiner carbon fiber unit could do just that for you. It’s not cheap, at $1,275, but neither is an F80 M3 so if you can buy the car, odds are you can pay to upgrade it with good parts.

This series was brought to you by ModFind and BMWBLOG as part of a collaboration and partnership.

You can find the ModFind app on the Apple App Store and Google Play:
https://apps.apple.com/us/app/id1396412499
https://play.google.com/store/apps/details?id=com.fullcircle
Facebook Twitter Email