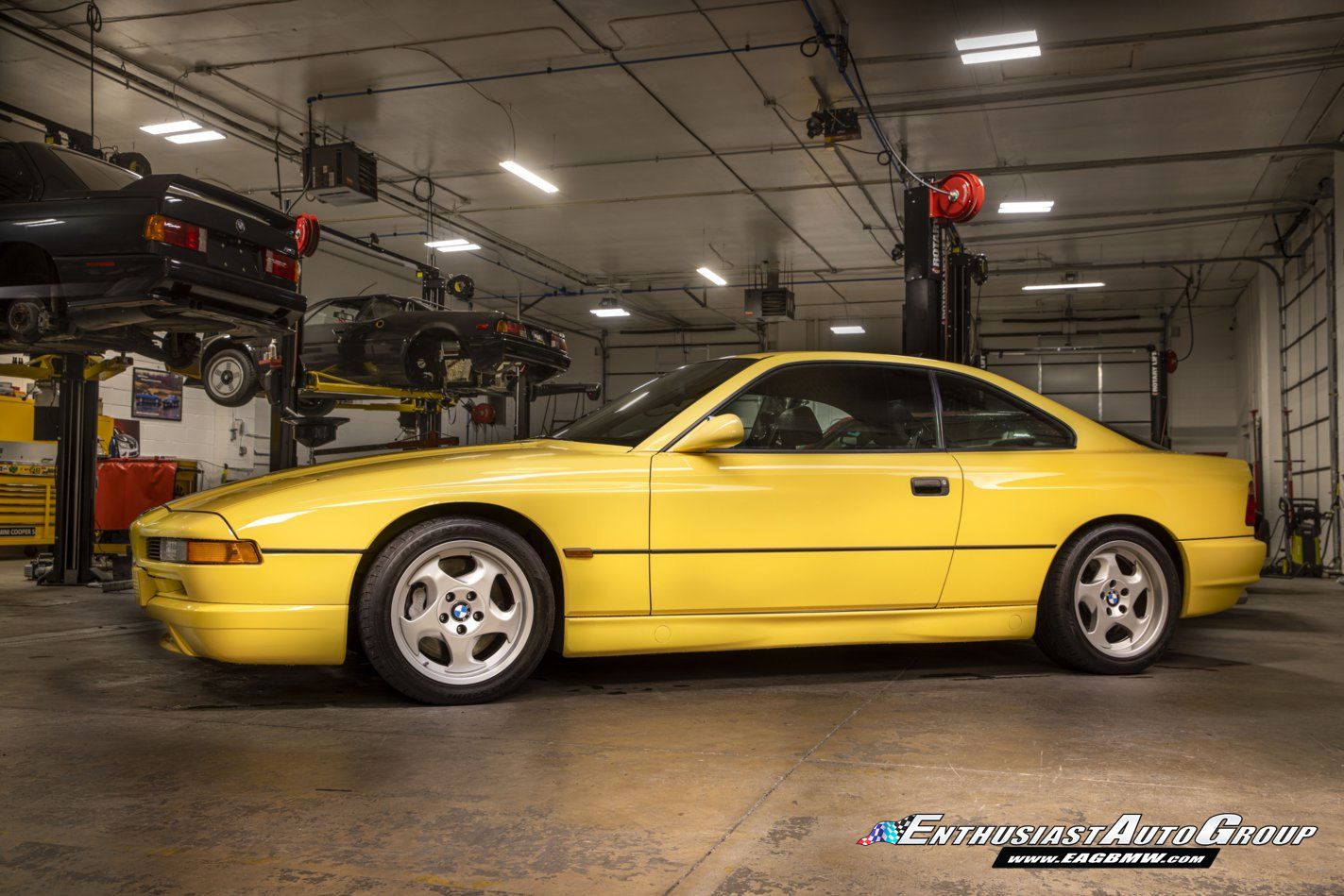 The BMW 850CSi is a rare bird in the automotive landscape and now, one functional unit sporting Individual appointments is up for sale in the US for a whooping price tag of $149,990. This very special 850CSi (which you can see here) is finished in a striking Dakar Yellow Individual color and its cabin its pampered in refined Nappa leather. This is also thought to be the original one.

The listing on the sale offer mentions that this Individual Dakar Yellow 850CSi is part of a very limited edition of the E31 8 Series produced specifically for the German market, composed of 787 units.

The car was assembled and sold in Germany in 1995, reaching US soil on 2002 after it was purchased from its original customer. Afterwards, it enjoyed a long life with its new Stateside owner until April 2019, when it was sold for a hefty $101,500 on the Bring-A-Trailer platform.

To understand why anyone would spend such a high amount of money on the car, it is worth knowing that only 1,510 examples of the 850CSi were ever built between August 1992 and November 1996.

Essentially, the 850CSi can be somewhat considered to be the very first series produced M8, as it was powered by a massively reengineered V12 engine dubbed S70 (also carrying the “Powered by ///M” on the engine cover) and featured a handful of components that were specifically tweaked by the BMW M division.

Besides its hallmark driving performance, one feature that made the 850CSi so special was its Active Rear-Axle Kinematic Steering. The AHK system or Aktive Hinterachs-Kinematik actively steers the rear axle wheels, contrary to a passive system where the wheels are steered by means of the pure mechanic forces generated when cornering.

Last, but not least, all of the BMW 850CSi ever produced contain the “WBS” code in their vehicle identification numbers (instead of the “WBA” for non-M versions), which again signals the car’s ///M decisive attributes.

Back to the Dakar Yellow 850CSi

Arguably, the 850CSi is a jewel and a symbol of bygone motoring era. Yet, this Individual 850CSi featured in Dakar Yellow is not entirely the original car. In 2011, the car had its V12 engine remanufactured and reinstalled. In addition, it received a new engine insulation and a brand new gearbox.

It’s unknown whether the technical rejuvenation was carried out using original BMW equipment. This, in terms, leads to a sentiment of aftermarket work, which is inevitable no matter how excellent the final result is.

The odometer of this 850CSi clocked 83,812 miles (134,882 km). Yes, I have to admit the 850CSi was my childhood’s dream sports car. It is still looking sensational, no one can deny it is a technological tour de force and, frankly said, this yellow one appears to be in quite good shape.

But is it truly worthy of the almost USD 150k price tag? It depends…