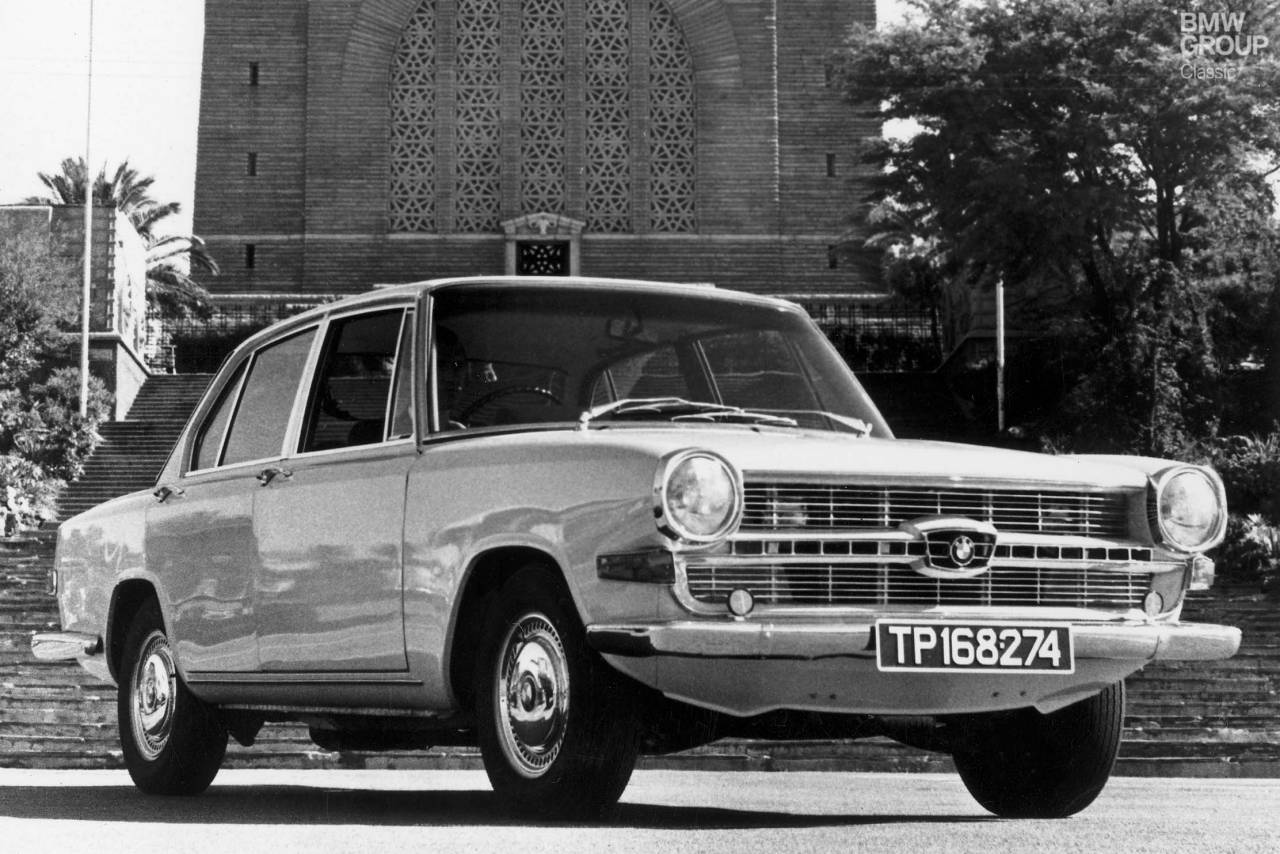 While it was not entirely a BMW product from the beginning, the 1800/2000 SA series of BMW models was quite a rather weird appearance in the portfolio of the Bavarian carmaker in the late ’60s.

I am enchanted every time I find some unknown and rare bits of BMW history. I was particularly intrigued and keen to find out more about this subject after I saw some photos from the premiere event of the restored BMW 530 MLE held at the Rosslyn plant in South Africa. 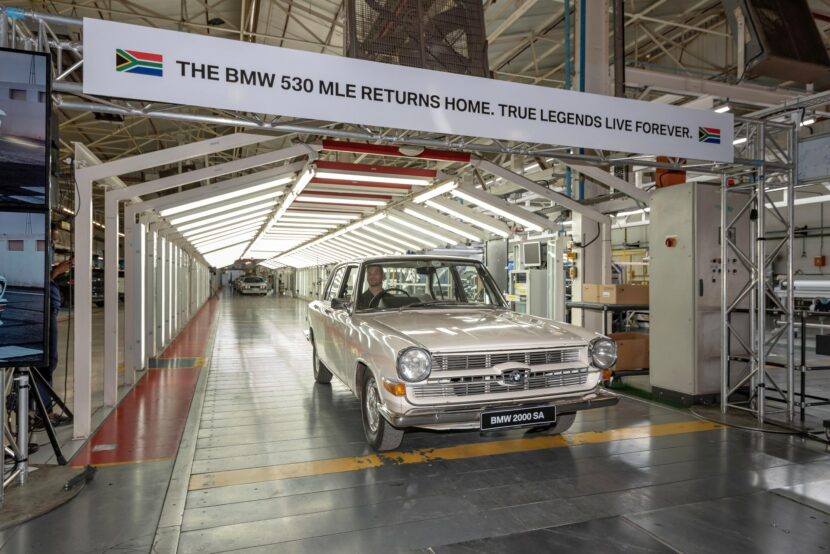 The History Of Hans Glas GmbH

Let’s start with the basics in this story. Hans Glas GmbH was a small car manufacturer in the Dingolfing area, Bavarian state. It was established all the way back in 1883 as a constructor of agricultural machinery. The company began manufacturing automobiles after World War II, as the demand for agricultural machines was facing a decline.

Hans Glas GmbH was mainly specialized in the construction of micro-cars that were ideal in the crowded cities: the so-called “bubble cars”. Its most prominent products was the Glas Goggomobil introduced in 1955, one of the very first vehicle of its kind and arguably the most successful during the ’50s era, slightly overtaking the iconic BMW Isetta in terms of sale in Germany.

Moving on, starting with September 1963, the vehicle portfolio of Hans Glas GmbH was expanded with the advent of the Glas 1700 sedan unveiled at the IAA Frankfurt, followed in 1964 by the Glas 1300 GT Coupe version. The 1,300-cc specification was later joined in the lineup by the 1700 GT motoring variant. The latter model was also available in a convertible body. What set the Glas vehicles apart was their exterior design, penned by artist Pietro Frua from Turin, which rendered the cars a truly seductive Italian visual philosophy.

The Glas 1700 sedan model impressed with its slender, Latin-inspired looks, but also with the robust architecture of their design. The car mimicked pretty much the Fiat or Peugeot limousine from that period. Moreso, the 1700 sedan also incorporated the famous Hofmeister kink in its styling. The car was also aimed at the upper end of the mid-class clientele, like the 1962-premiered BMW New Class models. They were straight-forward opponents in the market, until the BMW Group management decided to take over the Hans Glas GmbH, which was already an ailing and debt-ridden company at the time of the acquisition in 1966.

Most state that the absorption of Glas was mainly a strategical one, as it focused on gaining full access to some patents, like the use a timing belt with an overhead camshaft in an automotive application. But, again, the majority of Glas models were outdated by 1966, so the purchase of the company by BMW Group came as a salvage measure. 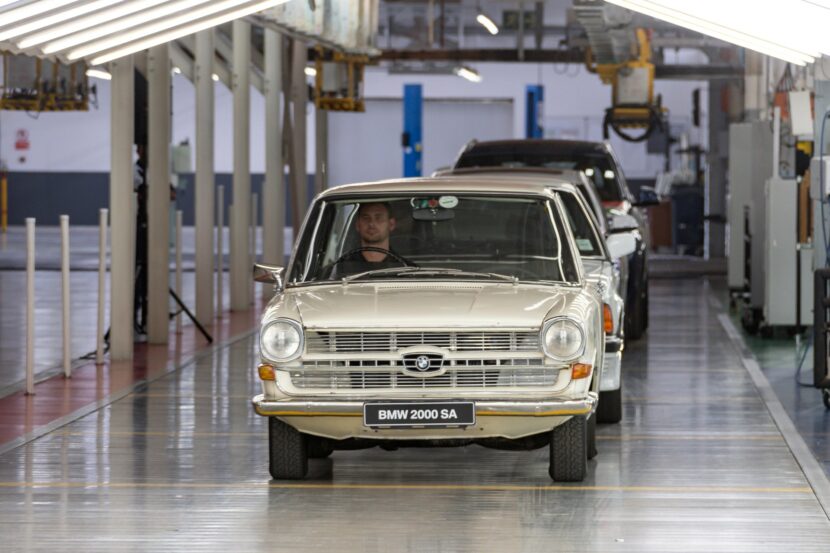 Upon the takeover, BMW retired most of the Glas vehicles, as they were deemed to be competitors to the core brand and there was no need of overlapping highly similar models. In their last year of production, all Glas vehicles received the BMW badge, such as the GT or 04-type models.

Thus, the Glas 1700 sedan was removed from the German choice of BMW models by 1967, but it also received a new life outside the old continent. Specifically, the Glas 1700 was now being assembled in South Africa. The savior of the sedan was Johannes Hermanus Pretorius, who decided to ship the CKD (completely knocked down) components of the Glas sedan to the BMW South African plant headquartered in Rosslyn and give the car a second life on the Black continent.

An BMW 1800 SA with RHD and masked-out headlights at the Munich facility in 1968.

Most of the components were then manufactured in house, with only the engine and gearbox being built in Munich. A small number of units were also built in the neighboring country of Rhodesia, now Zimbabwe. At first, the main offering was the BMW 1800 SA, where the “SA” particle denoted the fact that the car was addressed to South Africa only (“Sudafrika” in German).

The Glas 1800 was initially a very strong selling proposition in Europe, so the choice to offer this version to South African clients was a no-brainer. The BMW 1800 SA was as well a market success and was shortly joined in the lineup by the 2000 SA. The main distinction between the two models was the displacement (1,800 cc vs. 2,000 cc) and the maximum output (90 hp vs. 100 hp).

The 1800 SA/2000 SA models produced in the back-then Rhodesia were also known in the market by the nickname “Cheetah”. Compared to the discontinued European siblings, the African-built BMW 1800 SA/2000 SA were different given the compulsory right-hand drive and the consequently-engineered headlights to meet the specific RHD road illumination regulations.

In 1973, the Glas-inspired Italian design of the front fascia was discontinued and the South African models received a new face, which featured the essential BMW design language elements: the four-eyed light architecture and the front-pointed kidney grille to give the car the recognizable shark nose.

The cars also received a new designation: 1804 SA and 2004 SA, denoting they were ready for the 1974 model year. However, as the BMW Group took complete control of the South Africa plant, a part of the 5 Series production was moved to better comply with the increased demand. By the end of 1974, the production of the 1804 SA/2004 SA series was completely ceased.

With over 10,000 units produced between 1968 and 1974, the Glas BMW models can be considered to be quite successful sellers, by that time standards. However, with very few left functioning to these days in metropolitan areas of South Africa and Zimbabwe, the BMW 1800/1804 SA – 2000/2004 SA can truly be considered a veritable exotic among classic cars.