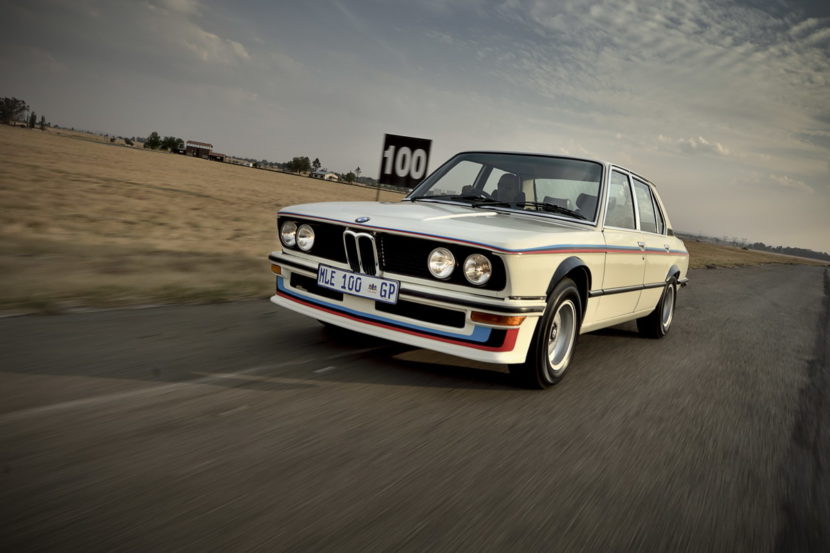 The legendary BMW 530 MLE is finally revived in full glory and fully restored to its original status. After one year of hard and agonizing restoration work, this rare homologation model bearing production number #100 has been brought back to life with the help and effort of a dedicated team comprising 5 members. Yesterday, the fully revamped 530 MLE was welcomed at the “Home of BMW Legends”, BMW Group Plant Rosslyn in South Africa.

Johan Mouton, Director for Technical and Logistics at BMW Group Plant Rosslyn commented on the occasion: “It is not only the 530 MLE that was exclusively produced at this plant. Legendary cars such as the Gusheshe – the second generation BMW 3 Series (also known as the E30) – in particular the 325iS and the South Africa-only 333i, rolled off the assembly line at this plant more than 30 years ago. We are a future oriented company, but we take immense pride in where we come from.” 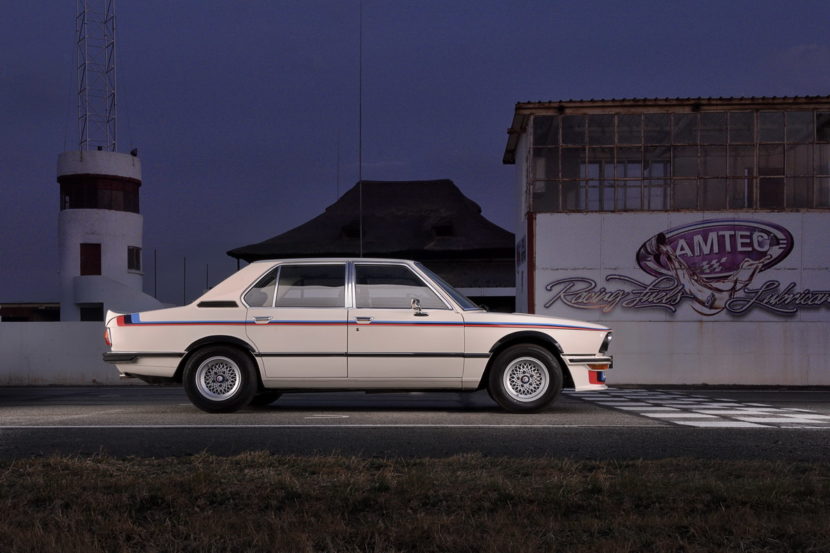 Tim Abbott, CEO of BMW Group South Africa and sub-Saharan Africa, further added: “The BMW 530 MLE at the time demonstrated how competitive sporting events were the ideal setting to impress the motoring public with the performance of new vehicles. The success of the 530 MLE was a pure example of ‘What wins on Saturday sells on Monday’, and it paved the way for BMW South Africa as a sporty brand and a serious motorsport contender in the country. To this day, M remains the most powerful letter in the world!”

The history of this track-inspired, special homologation model can be traced back to ‘70s, when South Africa had daring ambitions to enter into racing business. The African BMW subsidiary needed to compete with a car that was proven to have been sold as a street car and, for that reason, they have approached racing driver and BMW Motorsport guru JochenNeerpasch to deliver on this job. 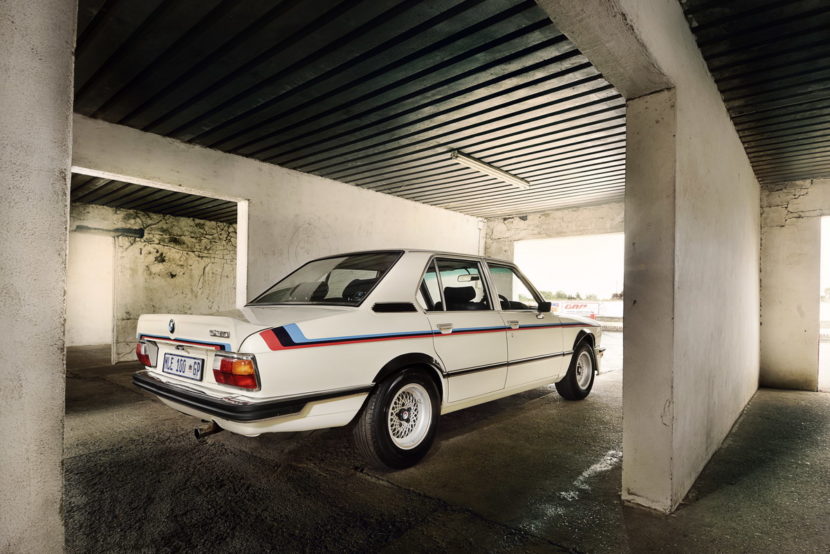 As to qualify for competing in the Modified Production Seriesevent in South Africa, the constructor needed to make proof of a limited edition homologation model that would also be assembled in series production.

The BMW 530 MLE was the joint creation of BMW Motorsport and BMW South Africa. Its acronym MLE stands for “Motorsport Limited Edition”. It was serially produced in two waves: Type 1 with 110 units produced at Rosslyn in 1976 and Type 2 with 117 units produced during 1977 at the same facility.

The modified BMW 530 MLE featured a factory-tweaked version of the standard straight-six petrol engine developing 147 kW of peak output (or 200 PS/197 hp), a maximum torque of 277 Nm and could be able of reaching a top speed of 208 km/h (or roughly 130 mph). 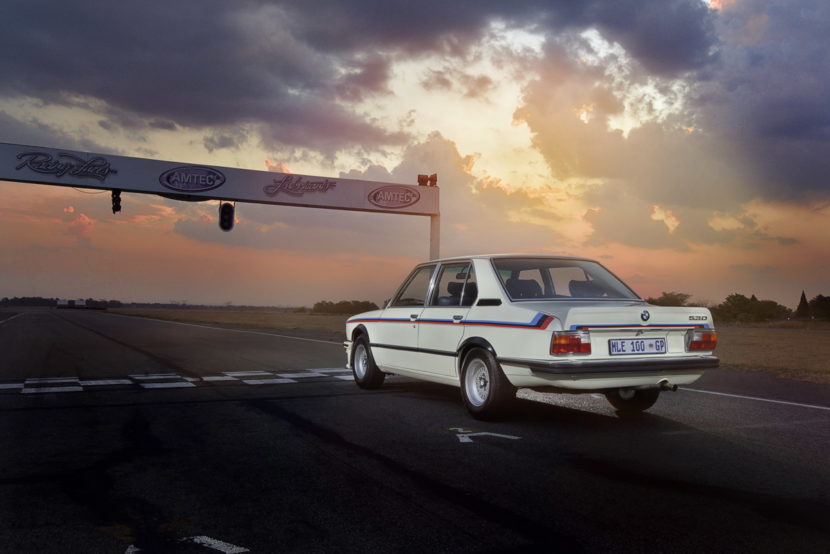 The track-focused 530 MLE had also undergone specific modification, such as weight reduction for the bodywork, manual windows, absence of the air conditioning system and special MAHLE wheels. The fully restored #100 unit BMW 530 MLE was owned by race driver and the racing team’s manager Peter Kaye-Eddie, with its chassis and engine serial numbers being a matching set.

After the homologation was performed and BMW South Africa was allowed to race in the national competition, it lined up to 5 Series E12 generation racing car to the starting line in 1976. The BMW racing team enjoyed a wealth of consecutive successes: out 15 races started, it won just as many. The top-level consistency and performance brought the BMW South Africa racing team three championships in three years. 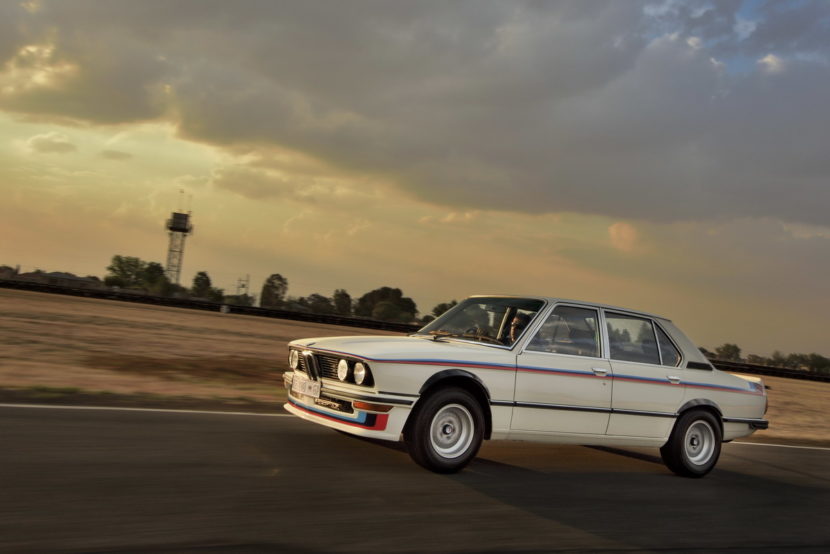 The BMW 530 MLE was retired back in 1985 and it is truly considered to be the most successful and prominent racing 5 Series in the history of the brand. As well, the BMW Group plant in Rosslyn, established in 1973 and being the first factory of the constructor outside Germany, is known to have been birth place of many iconic cars, such as the special the 325iS model or the cult car, South Africa-only 333i, both belonging to the E30 3 Series generation.