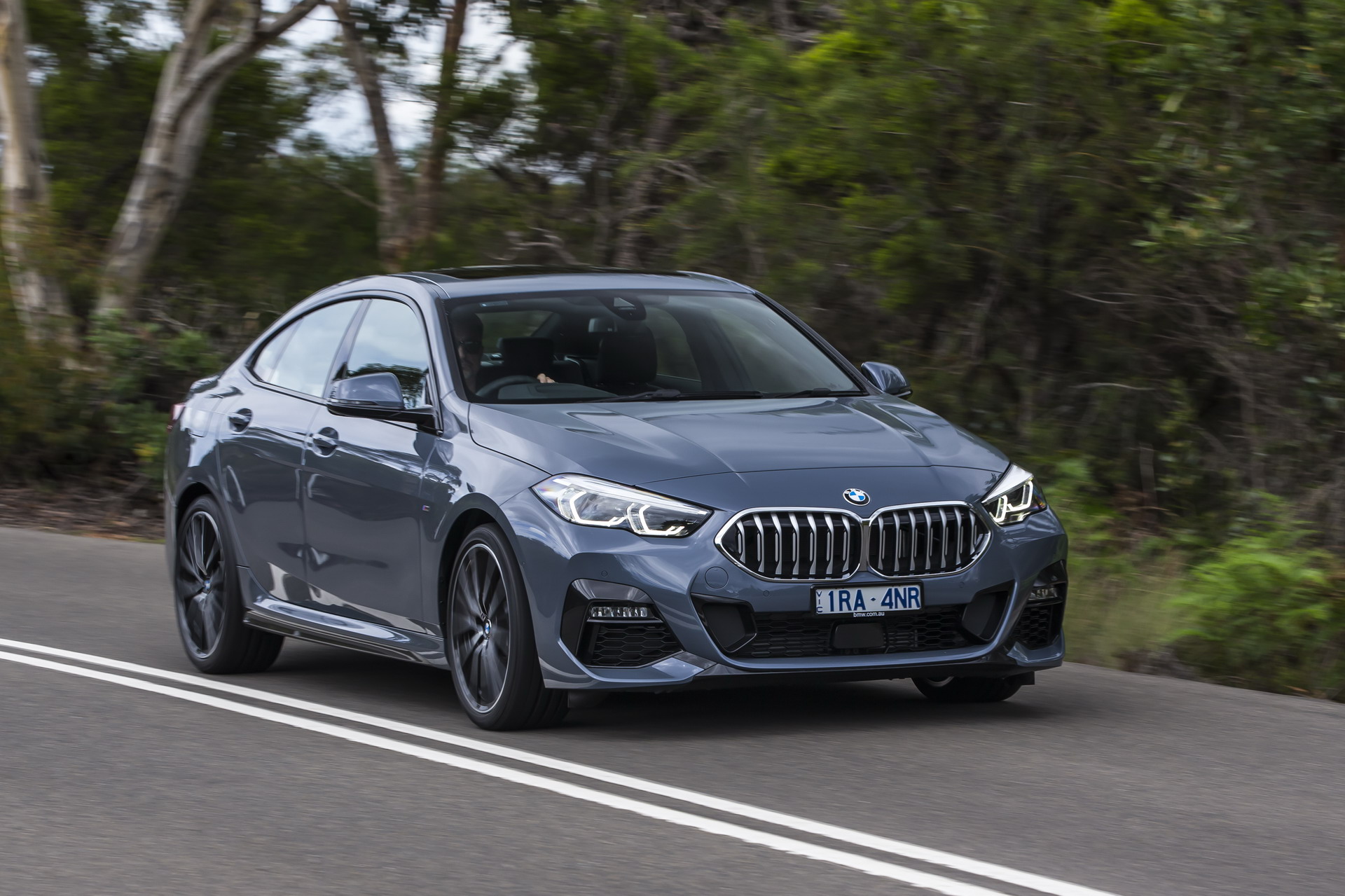 The BMW 2 Series Gran Coupe is a polarizing car for BMW enthusiasts. While objectively not a bad car, there’s a recurring sentiment that it doesn’t feel like a proper BMW. Then there’s the matter of cost, as the new 2er isn’t exactly cheap, despite being an entry-level model. So I thought I’d take a look at what could be had on the used market for far less money and, today, we’re going to take a look at the E90 3 Series.

To be perfectly honest, this came about after reading Car and Driver’s review of the BMW 228i Gran Coupe (which you should read because it’s interesting). In it, Csaba Csere referenced his old 2007 BMW 335i a few times in comparison. So that got me thinking — how exactly does a 2er GC stack up against the E90? That’s when I took a quick look at their specs.

Since it’s been ages since I’d last drive an E90, I can only truly compare these cars on paper. However, there are a few things about its driving dynamics that I can remember, for a bit of reference. Anyway, let’s begin.

Despite being the same length, the E90 BMW 3 Series actually has a longer wheelbase, at 109 inches (2,760 mm) versus the 2 Series Gran Coupe’s 105.1 inches (2,760 mm). Credit that extra wheelbase length to the E90’s rear-wheel drive nature. Now, typically, front-wheel drive chassis offer better interior space than their rear-wheel drive counterparts. However, according to C&D, that’s not the case, as the 2 Series has less back seat space than the old E90 3 Series. I will say that the 2er has a bigger trunk.

Though, the 2 Series is marginally wider, at 70.1 inches (1,800 mm) versus the E90 at 70 inches (1,780 mm). That’s not enough to make a real difference on the inside but it’s worth noting that the supposedly small car is actually a touch wider than a 3 Series from not too long ago, without providing any more interior space. 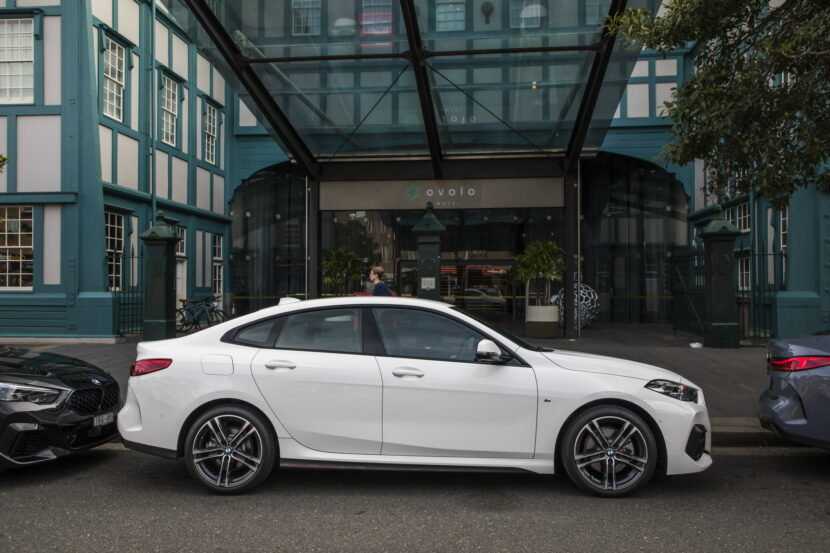 So despite being the same length and actually a touch wider, the 2 Series Gran Coupe has a shorter wheelbase and less interior space than the E90 3 Series. But what about price?

Obviously the E90 3er is going to be significantly cheaper, as it’s almost a decade old already, even in its newest model year. However, what about when it was new? According to Car Gurus, the E90 BMW 328i sedan started at $33,095. When adjusted for inflation, that makes it $41,289 in today’s money. What about the 2 Series? In America, the BMW 228i xDrive Gran Coupe starts at $38,495, barely any less than what the adjusted price of the 3er would be.

So for around the same money, the E90 BMW 328i offered more interior space, a more fun rear-wheel drive chassis and a six-cylinder engine. While the 228i Gran Coupe has less interior space, only four-cylinders and isn’t as nice to drive. That’s a pretty huge win for the E90. 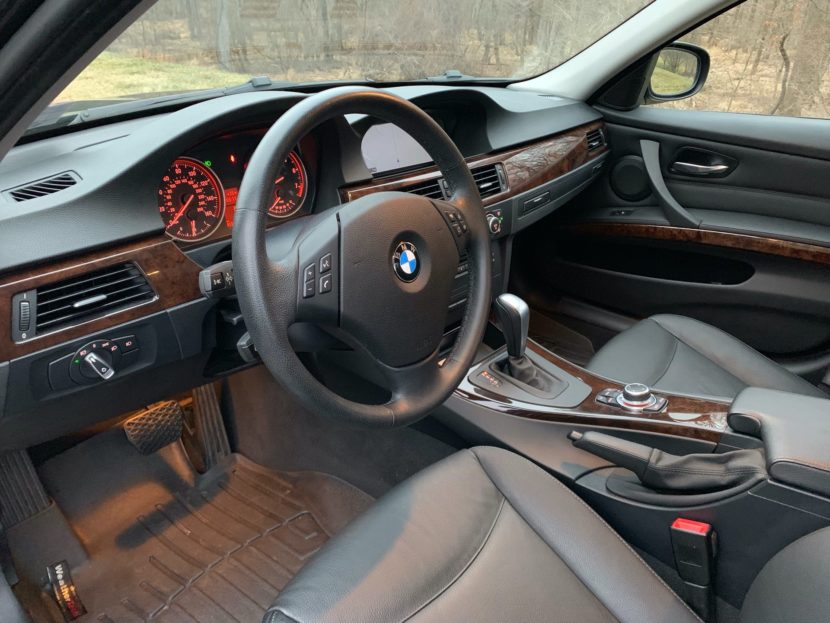 The 2 Series is also more fuel efficient, produces less emissions and features far better cabin technology and safety. That’s just the nature of it’s time, as the E90 was developed during a time of looser emissions and safety regulations. Though, I’d argue that its increased efficiency is outweighed by its high price tag.

Where the BMW 328i claws back in terms of performance is in its intangibles. Sure, the 2 Series is quicker but the 3 Series will sound better, feel better and thrill you more, even in a straight line. The 2.0 liter turbo-four of the 2 Series is a great engine but it has nothing on a brilliant, naturally-aspirated, free-revving BMW inline-six. Plus, the E90 3 Series could be had with a manual gearbox. Not so in the 2 Series.

Throw both cars into some curves and the intangible gap between the two cars gets even bigger. There isn’t a car enthusiast on the planet that would drive the E90 3 Series and 2 Series Gran Coupe back-to-back and choose the 2er as the better car. The old E90 is just sweeter to drive in every measurable and immeasurable way. 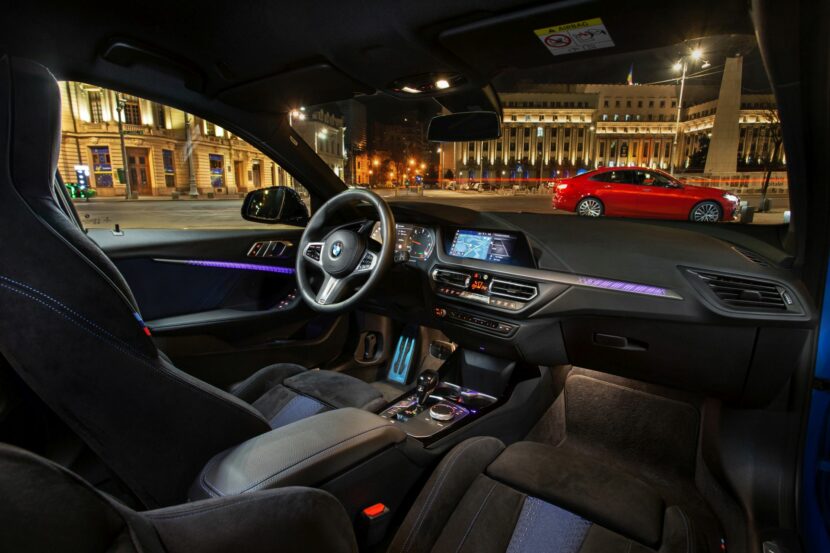 In the end, what have we really proven? Well, nothing really. If I’m honest, this will fall on deaf ears. No one who’s looking to buy (see: lease) the 228i Gran Coupe is ever going to cross-shop a used 3 Series. They want something new, something stylish (I’m using that word loosely) and something they can get rid of in three years for a new one. I get that. But it’s our job as enthusiasts to take a closer look at cars and see which ones are worth buying.

While the new 2 Series Gran Coupe is a step up over the E90 in terms of power, tech and efficiency, it’s also a step backward in a few areas. Next, we’re going to see how it compares to the current BMW 330i. That should be interesting.