The MINI John Cooper Works Clubman is quite a brilliant machine. It received a massive upgrade last year, changing its engine among other things. This is the same one used on the current BMW M135i xDrive. That completely changed the character of the car and after driving the Clubman and the M135i xDrive I arrived at the conclusion that I like the MINI a bit more. Funny, huh?

The guys from CarWow took the hardcore Clubman to their usual testing ground, the drag strip. To see just how good it really is, they brought along two other similarly fast cars and line-up them up for some tests.

Alongside the MINI you’ll find an Audi S3 sedan and a Mercedes-AMG CLA 45. The CLA might be defined as a four-door coupe and the MINI might just be the only car in the world with six doors.

But all in all, these three serve the same purpose within the same segment. 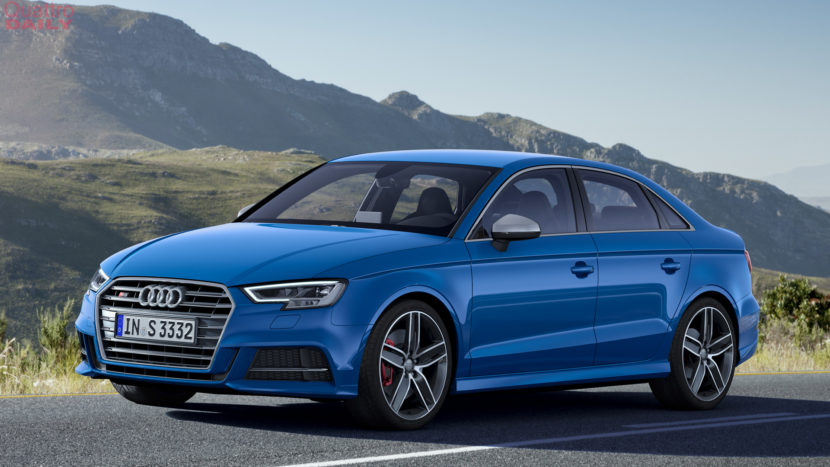 All of them had 2-liter 4-cylinder engines under the hood and all of them make roughly 300 HP. The MINI has a bit of an edge compared to its rivals here in the torque department, the John Cooper Works Clubman having 450 Nm (332 lb-ft) of torque at its disposal compared to the 400 Nm (295 lb-ft) of the other two.

Apart from that, all the cars have all-wheel drive (FWD-biased), all of them are automatic and all come with launch control.

So, how did it all pan out? Well, the cars were so close in the standing drag race that several attempts were made to differentiate them. I won’t spoil the results though. In the rolling race the same results followed, with the three being really close.

The same applied, in the braking department, the MINI clinching the AMG A35 CLA and beating the S3 in the process but there were literally millimeters between them.