This Mansory Coastline Rolls-Royce Cullinan is… Something Else

Home » This Mansory Coastline Rolls-Royce Cullinan is… Something Else 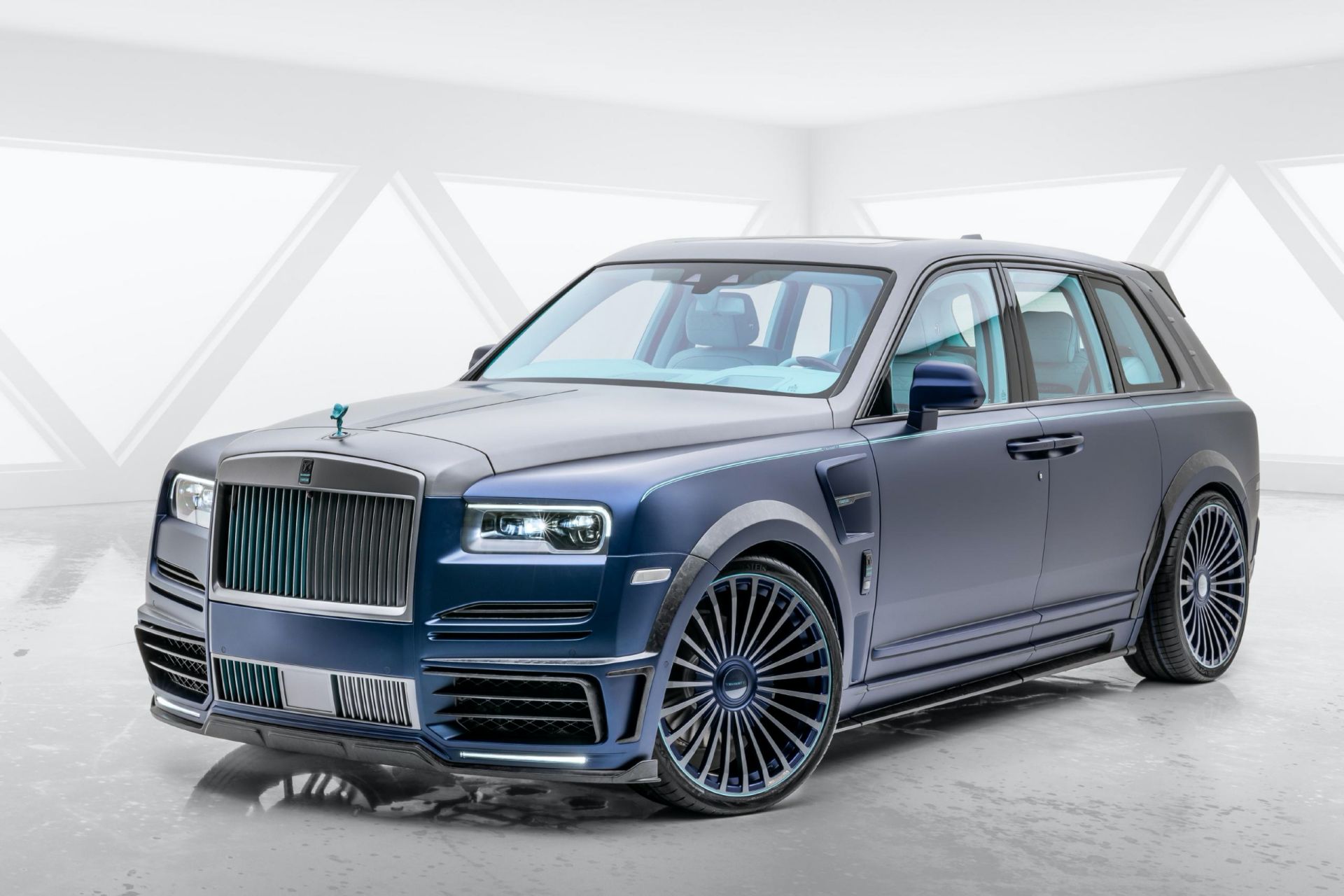 The Rolls-Royce Cullinan is, in every measurable way, reserved for the wealthiest people in the world. It’s a stunning machine too, filled with all the best materials you could get on a car and more luxury than you could possibly need.

For some people though, that’s still not enough and that’s how companies like Mansory make a living. They recently unveiled a special take on the Cullinan under the ‘Coastline’ name and it is… something else.

The car was supposed to be introduced to the world via the Geneva Motor Show but since that didn’t happen, due to the Coronavirus, they tuner decided to go the virtual route. Therefore, here is what could probably be considered the most luxurious SUV you can get right now, topping the choice offered by Rolls-Royce themselves. The Mansory Coastline comes with changes both inside and out. 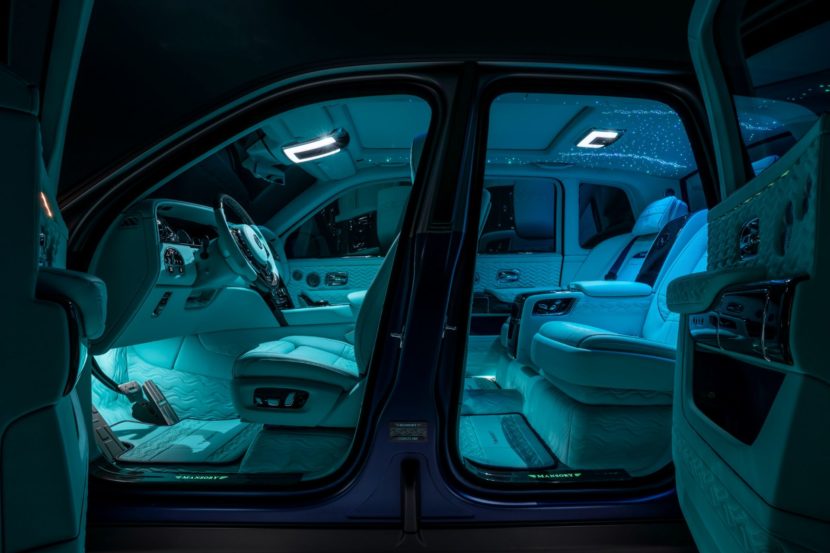 On the outside you’ll notice the larger air intakes up front as well as the carbon fiber hood, new side skirts and a big roof spoiler to keep things as streamlined as possible on a car that resembles, up to a point, a brick. What’s certain is that you won’t miss it in traffic. Not that you could miss a 2.4-ton SUV like the Cullinan anyway.

More changes happened on the inside though, where Mansory decided to use turquoise leather everywhere, with the color simply being thrown in there, everywhere you can set your eyes on.

The color was applied on the dash, pillars, steering wheel and even on the floormats. There’s a new pattern on the seats and the roofliner features fiber optic inserts like on the Phantom. When they light up at night, combined with the turquoise color, they create a rather powerful contrast.

This is definitely not for anyone and I’m sure the Mansory crew will happily provide you with a different color if you’re interested in their design.

As for the pricing, expect it to be higher than what the Mansory Billionaire costs, which is $727,000, and on which the Coastline is based on. 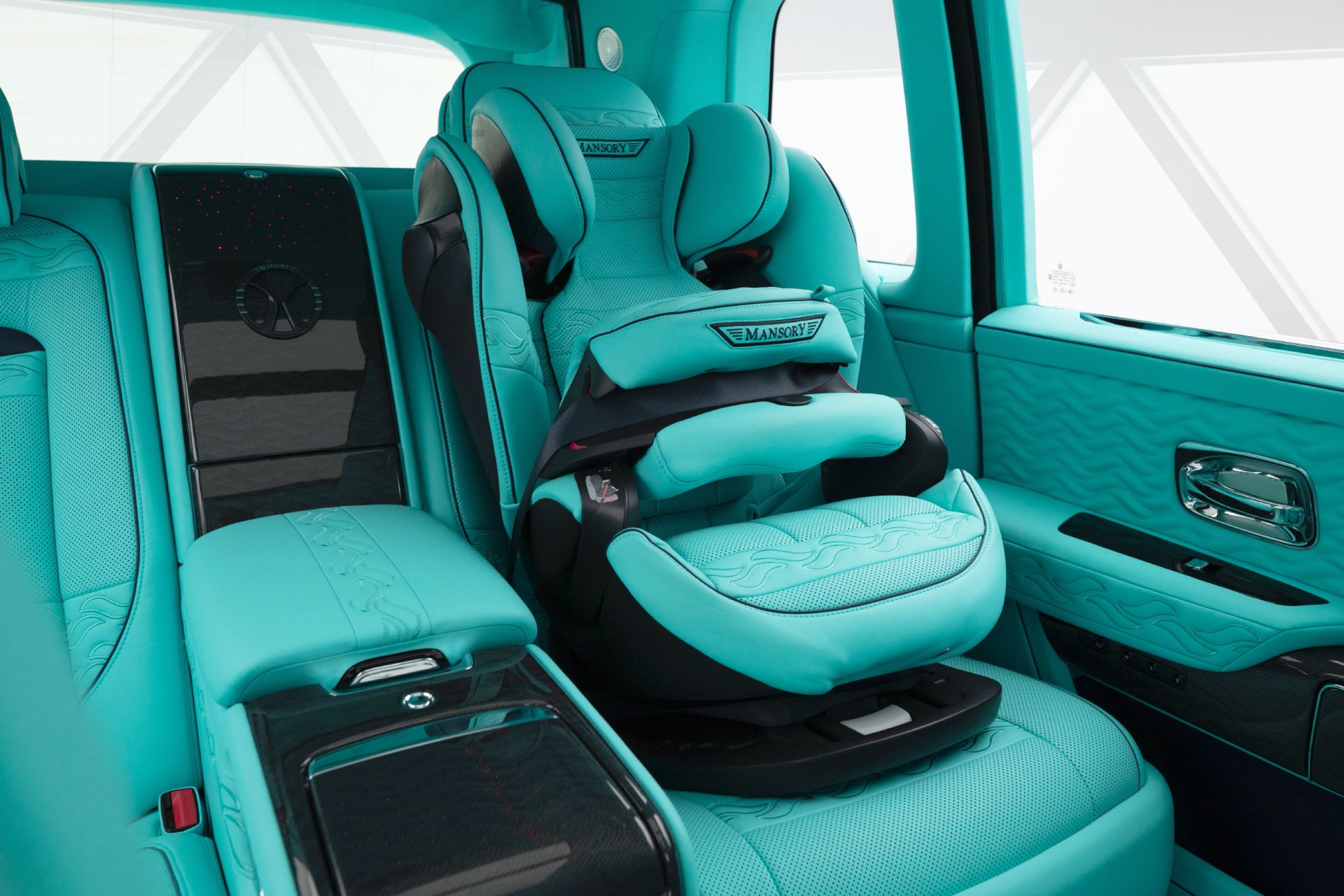 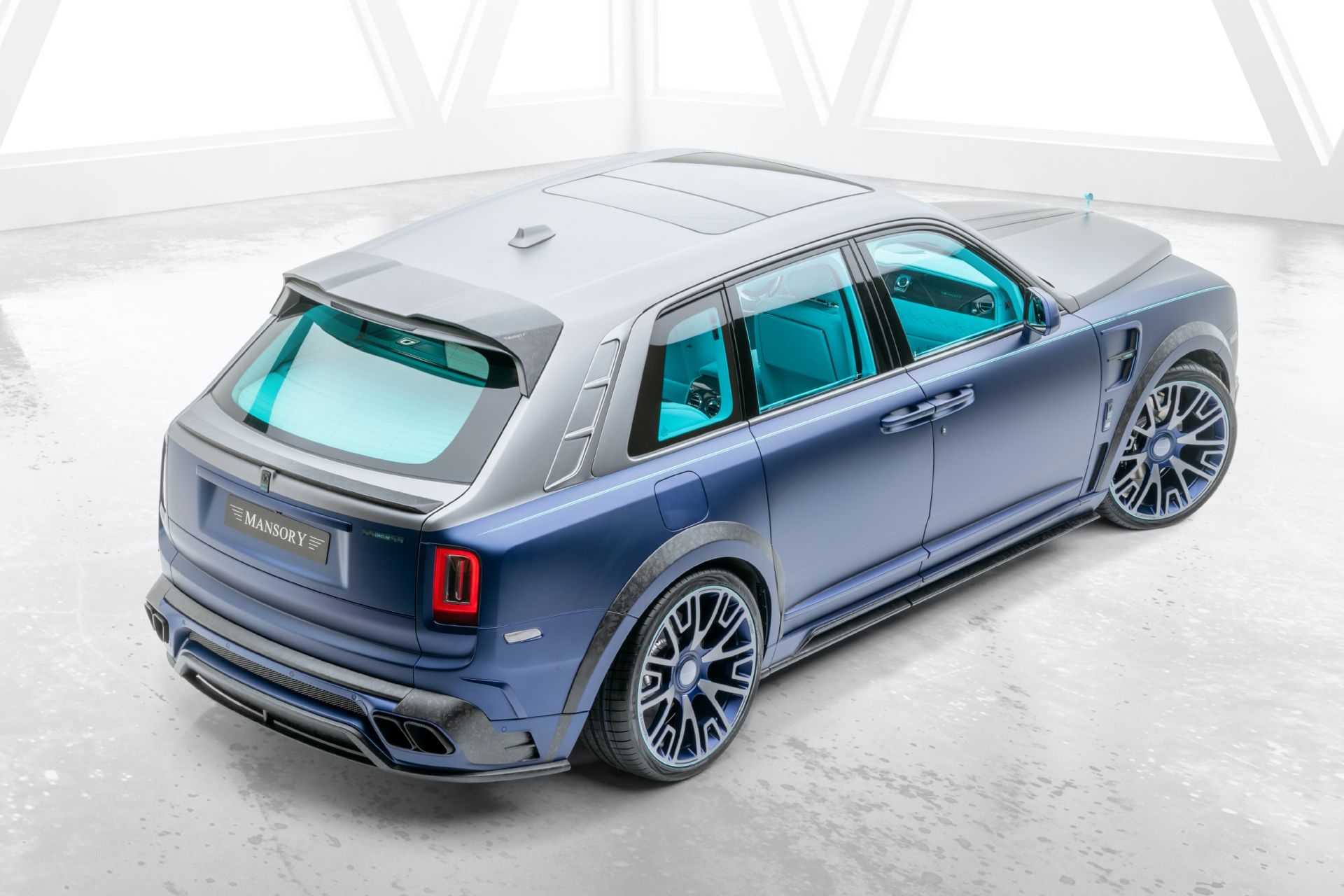 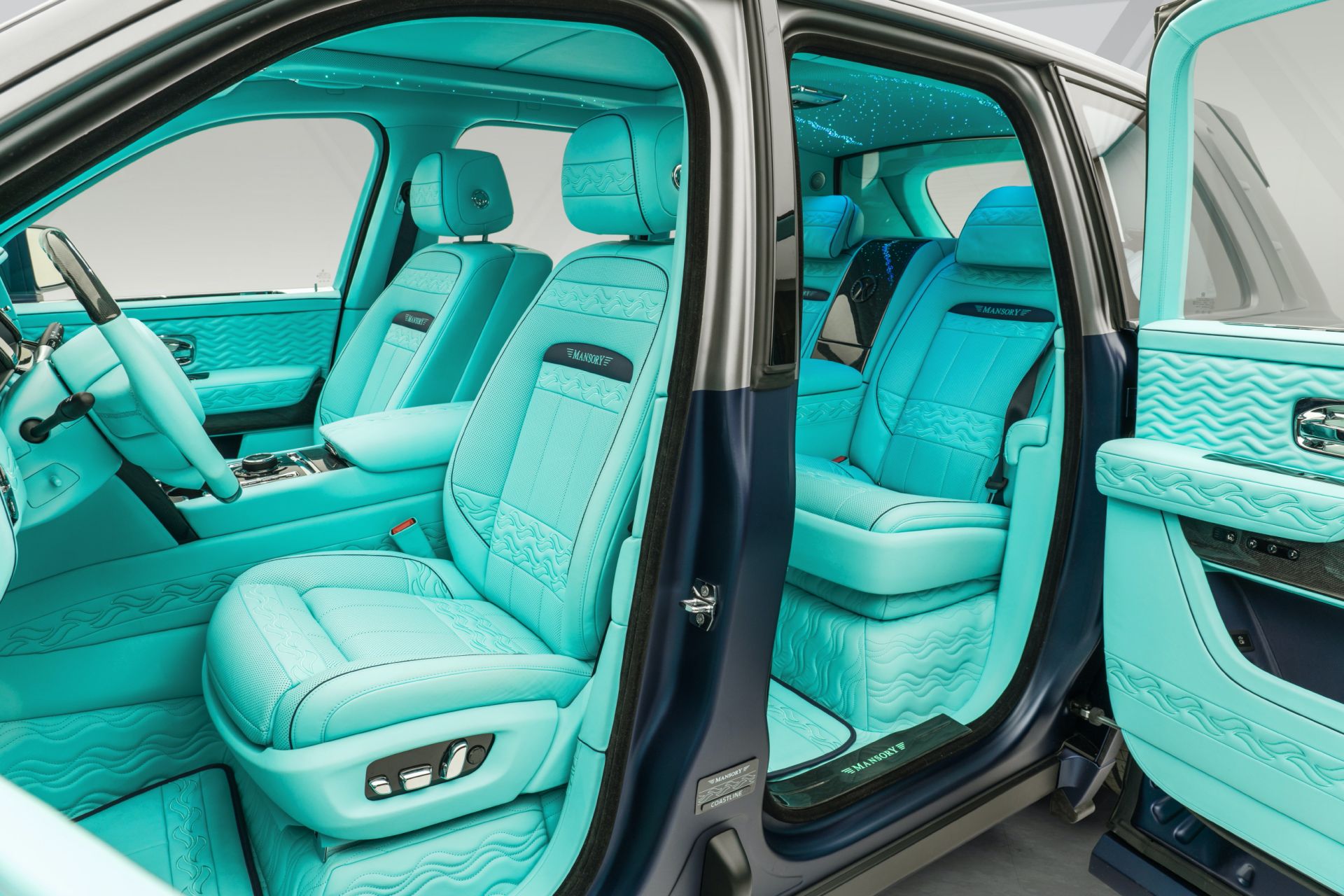 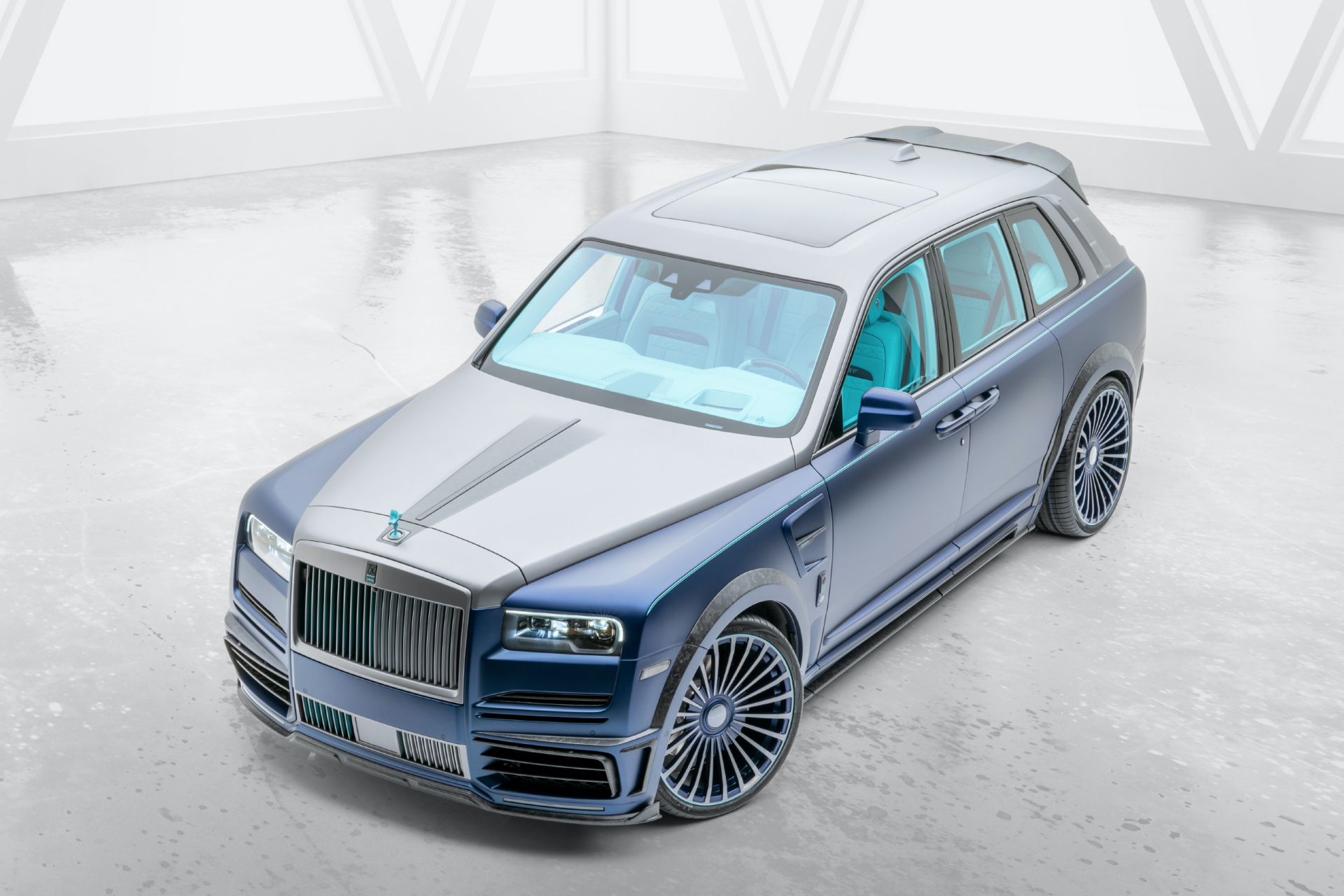 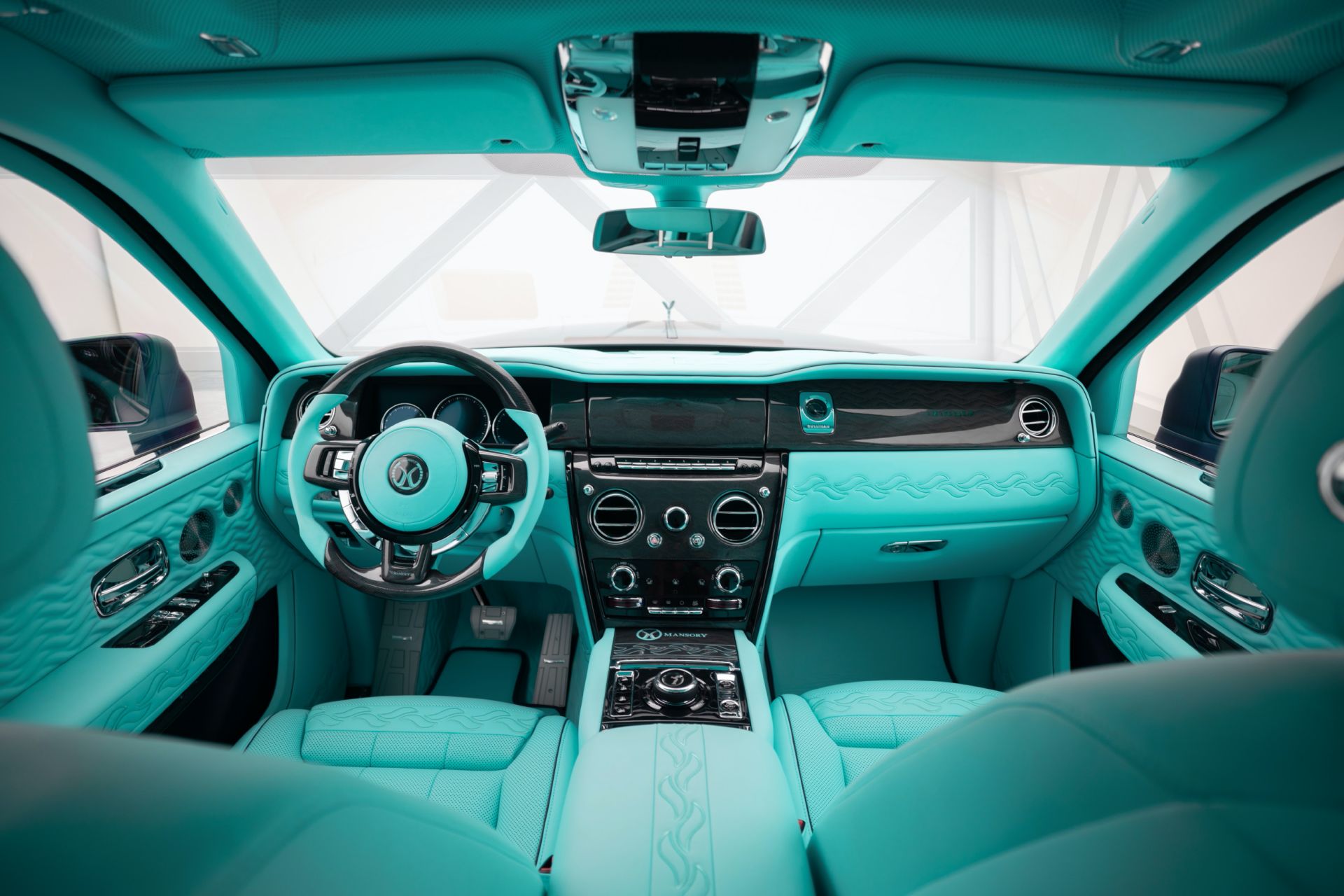 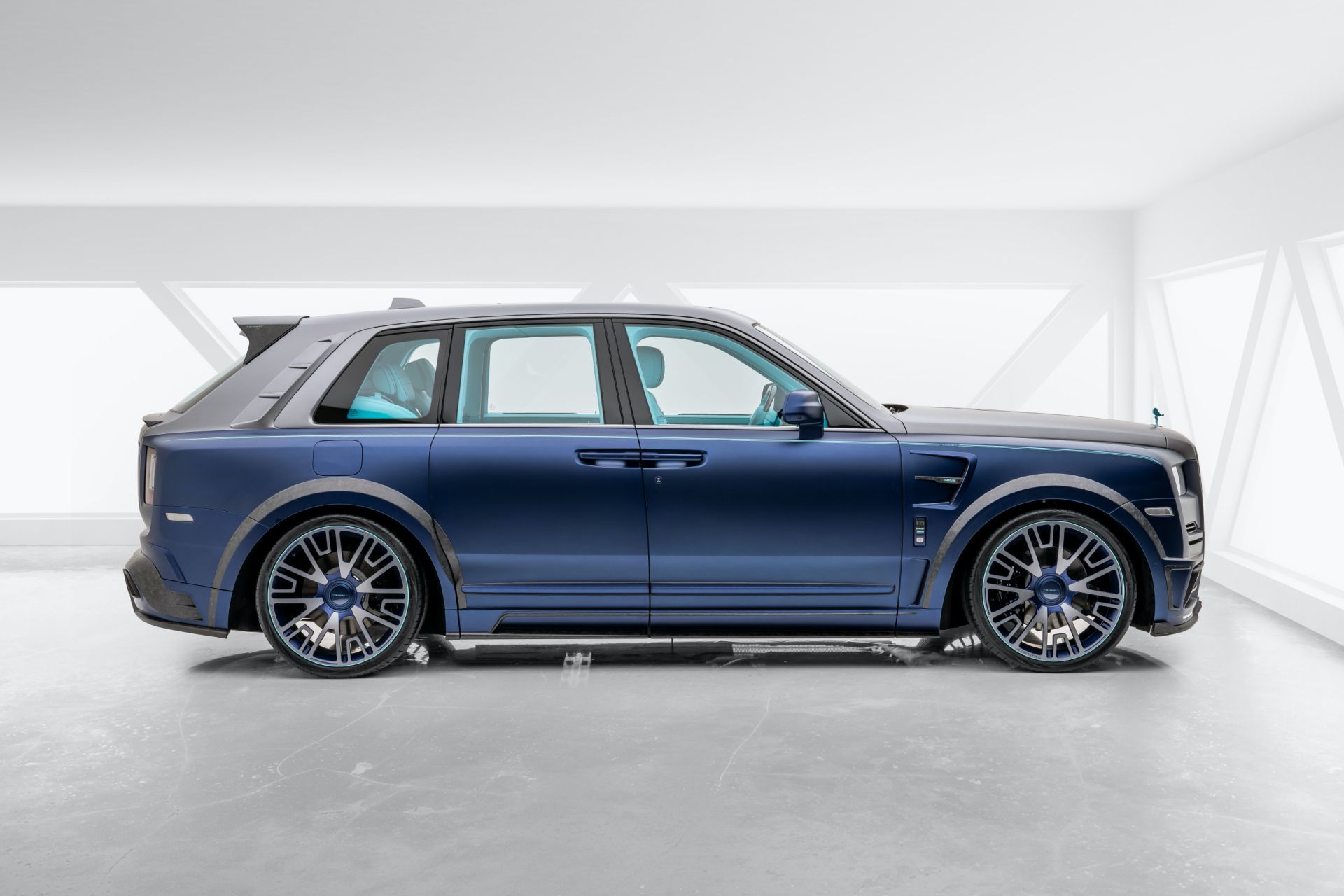 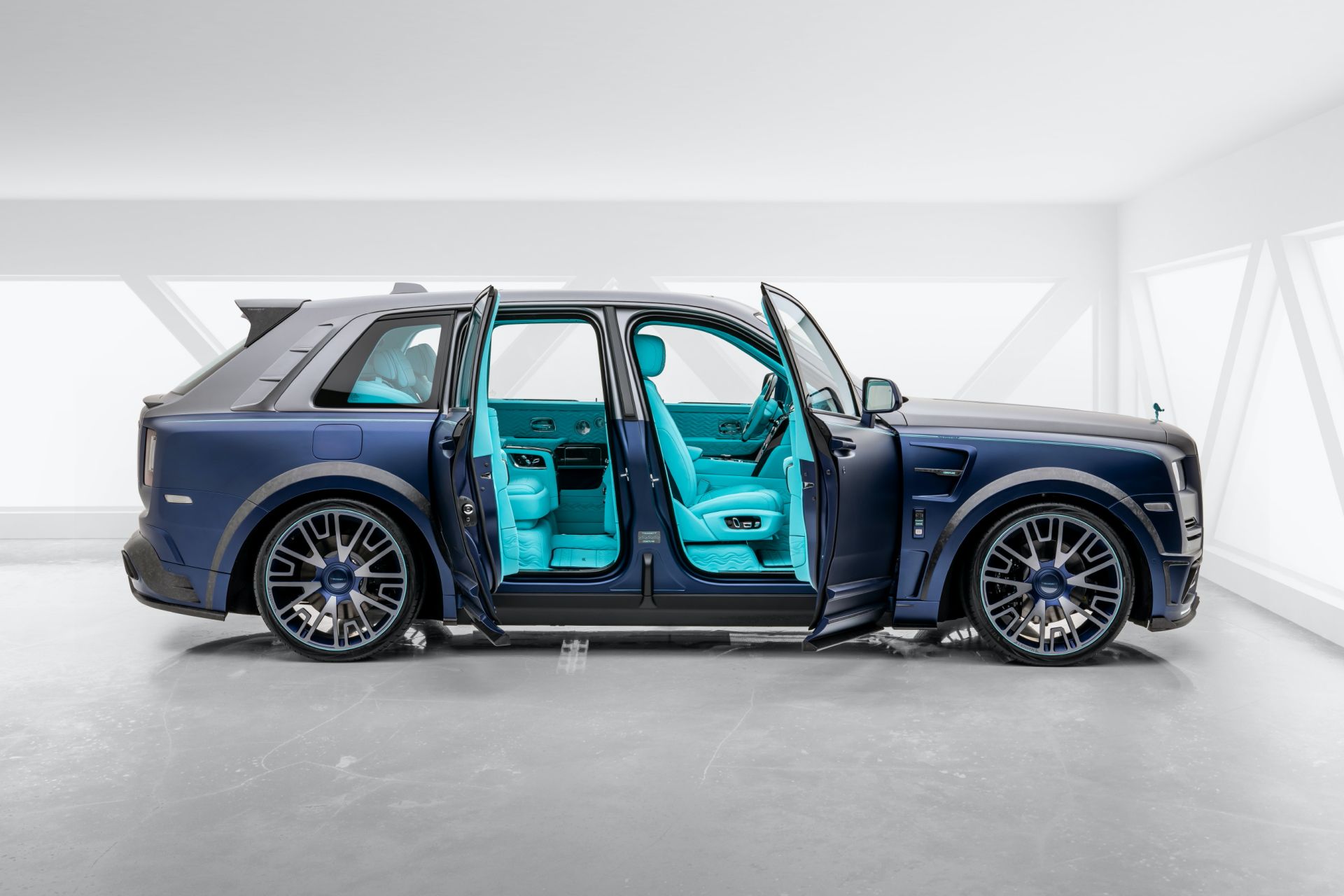 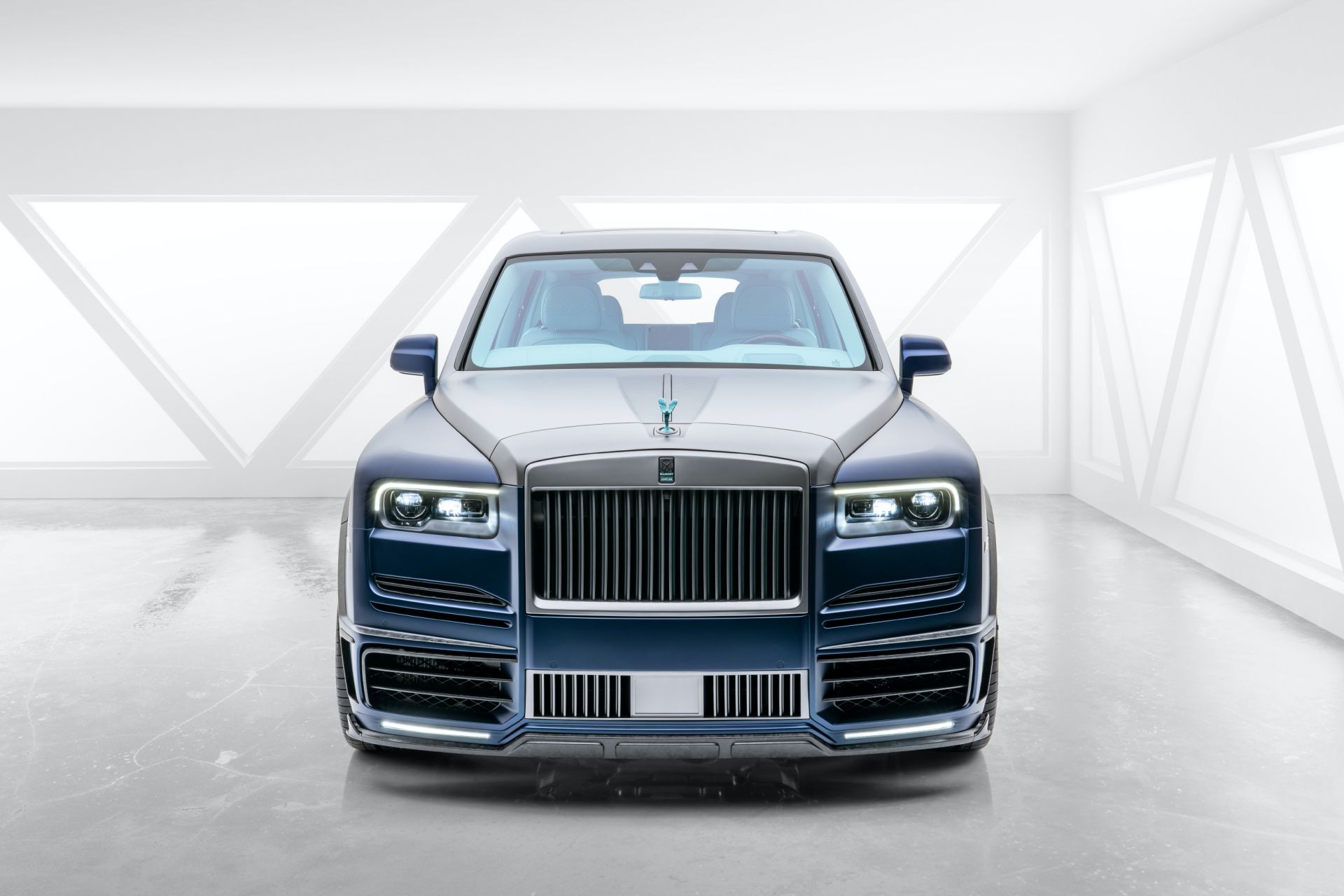 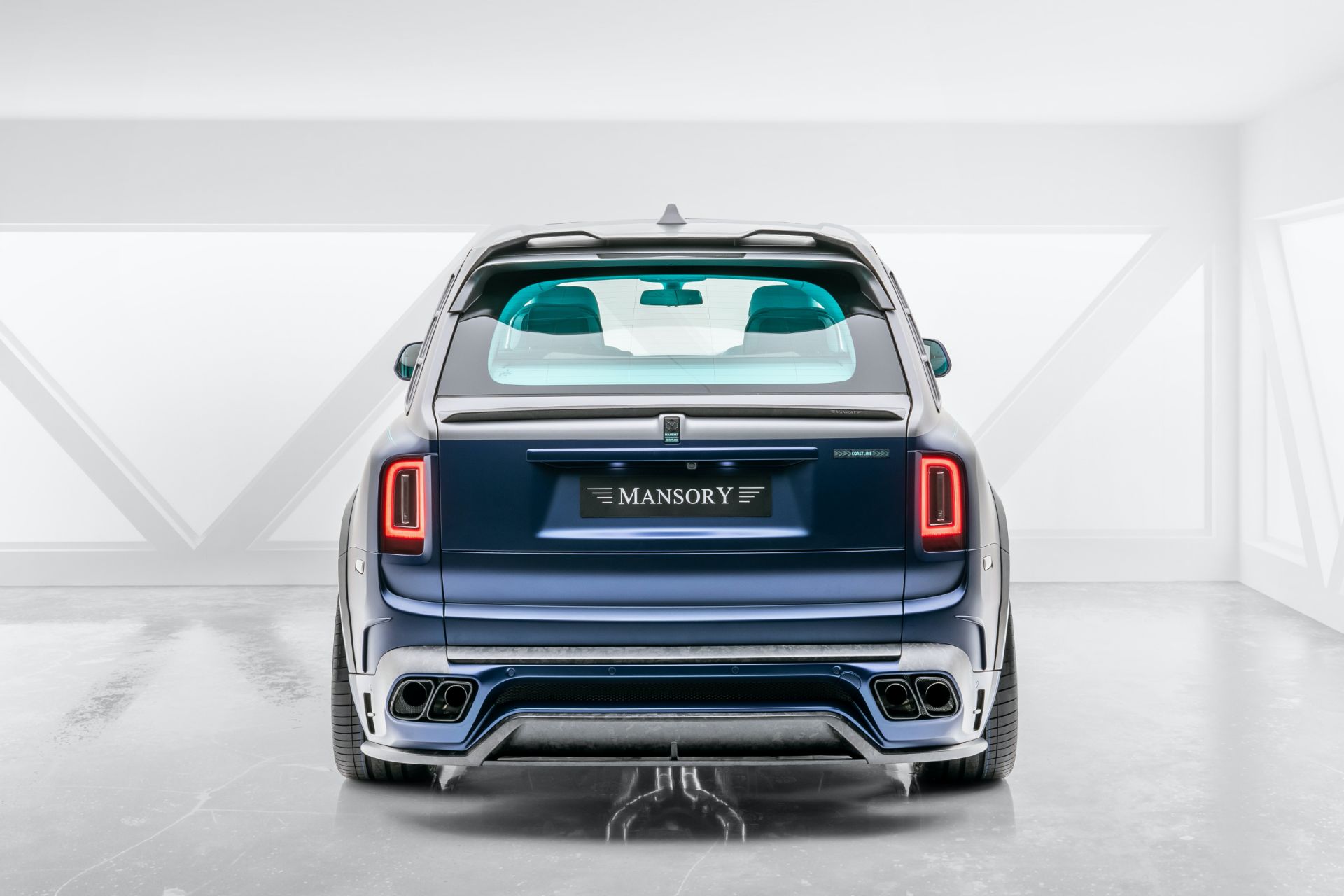 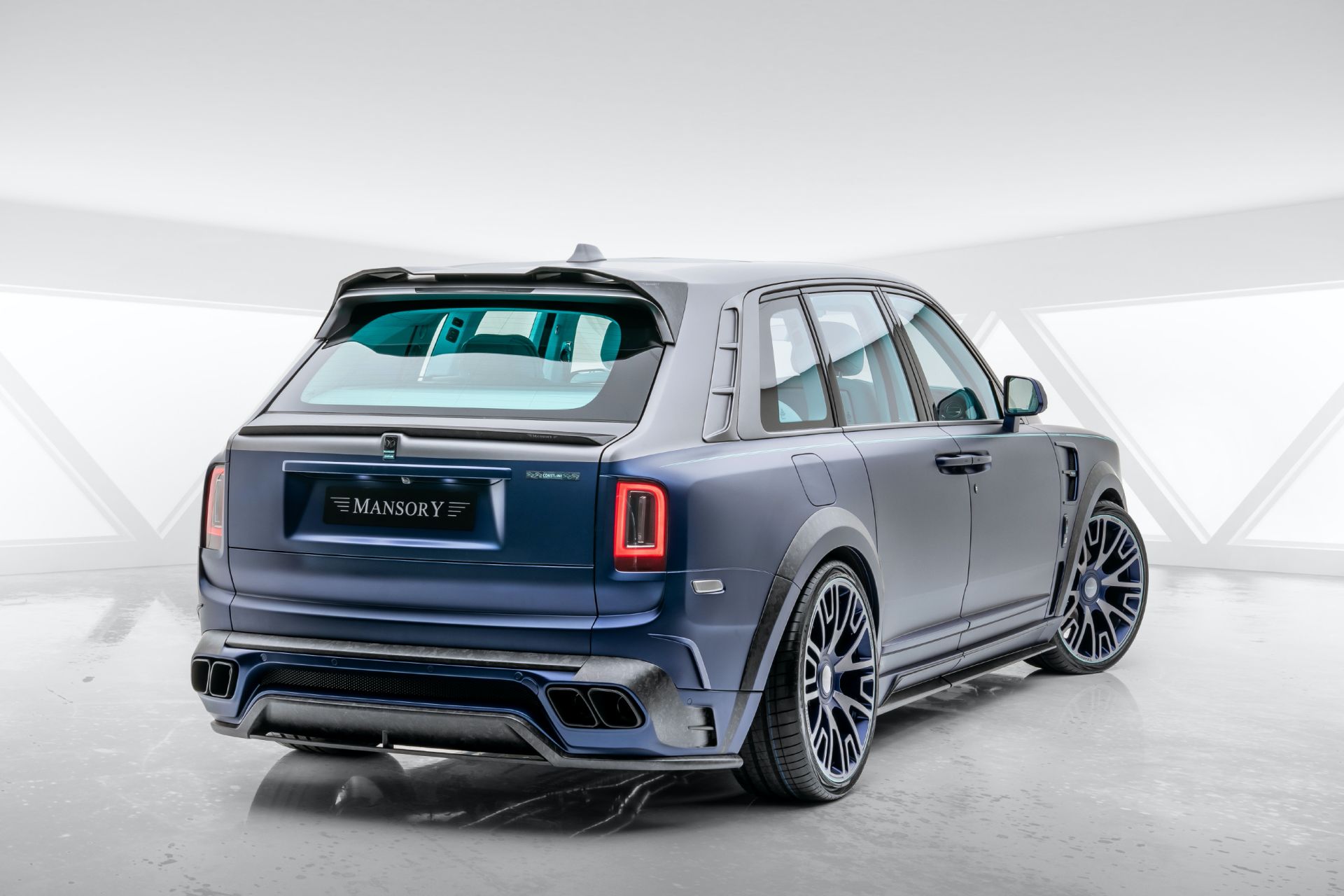