BMW released a final teaser of its Concept i4 electric Gran Coupe model ahead of tomorrow’s official online premiere. Given the current worldwide context negatively impacted by the outbreak of the new coronavirus disease (nCoV19 or COVID-19), the Swiss government has been forced to ban all large-scale exhibitions across the country until March 15th. 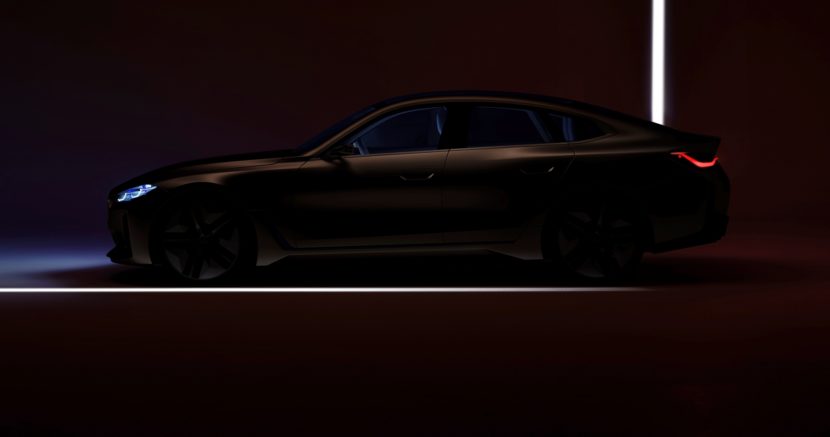 The Geneva auto show would have commenced tomorrow, with the two press dedicated days, if it weren’t for the coronavirus to bust the initial plans. Thus, following the government decision, the 90th Geneva Motor Show is now cancelled for good, as there are no plans to reschedule it at a later date, given the needed infrastructure, efforts and time slotting.

Automakers which would have attended the show were forced to reshape their plans amid the force majeure cancelling of the Geneva Motor Show. As for BMW, the Bavarians have already announced they are planning to organize an online reveal of the new BMW Concept i4 electric model, with CEO Oliver Zipse unveiling the prototype. 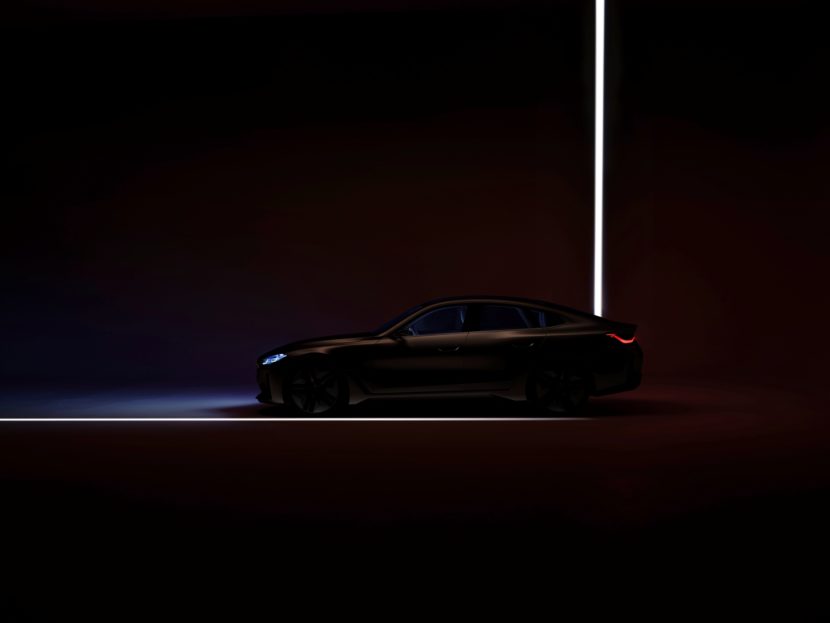 Last week, we’ve been announced of the timing of the digital press conference, which comes as follows: the web-broadcasted reveal at www.live.bmwgroup.com will take place Tuesday, Mar 3rd, beginning with 8:15 AM CET (9:15 AM EET / 1:15 AM CST). You can as well follow the online event on social media:

The virtual world premiere of the BMW Concept i4 can also be visualized via satellite with the following technical details:

Coming back to the BMW Concept i4, the latest teaser image reveals of the silhouette of the first-ever electric Gran Coupe model of the brand. Based on the G26 4 Series underpinnings, the Concept i4 previews the serial production model arriving in 2021. 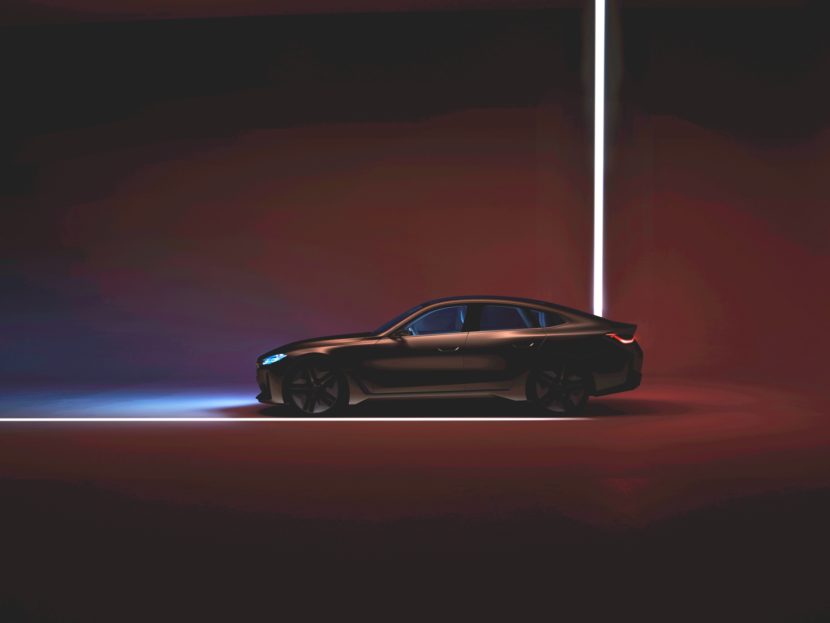 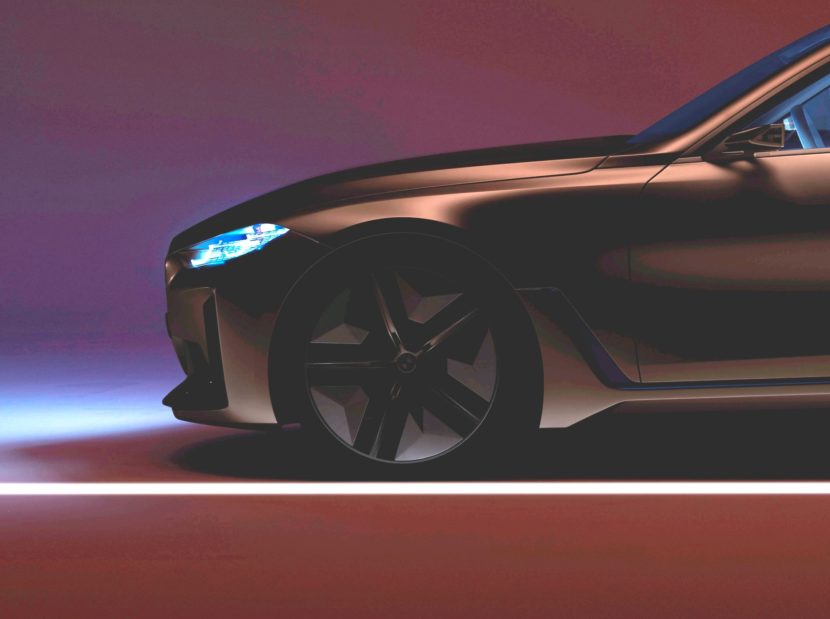 We’ve played a bit with the brightness and contrast of the original teaser and uncovered some interesting details, like the slim, elongated headlights, the novel Aerodynamic Wheels (which are to first premiere on the upcoming iX3) and the Concept 4 inspired tail lamps.

Also, the exterior color with its pink golden shade is decisively striking and futuristic. While we still cannot see the front end, expect the kidneys to be separated and filled, as the car does not need to ventilate its electric powertrain. What’s more, the cabin will be stuffed with digital technology, the centerpiece being the two large LED screens for the dashboard. 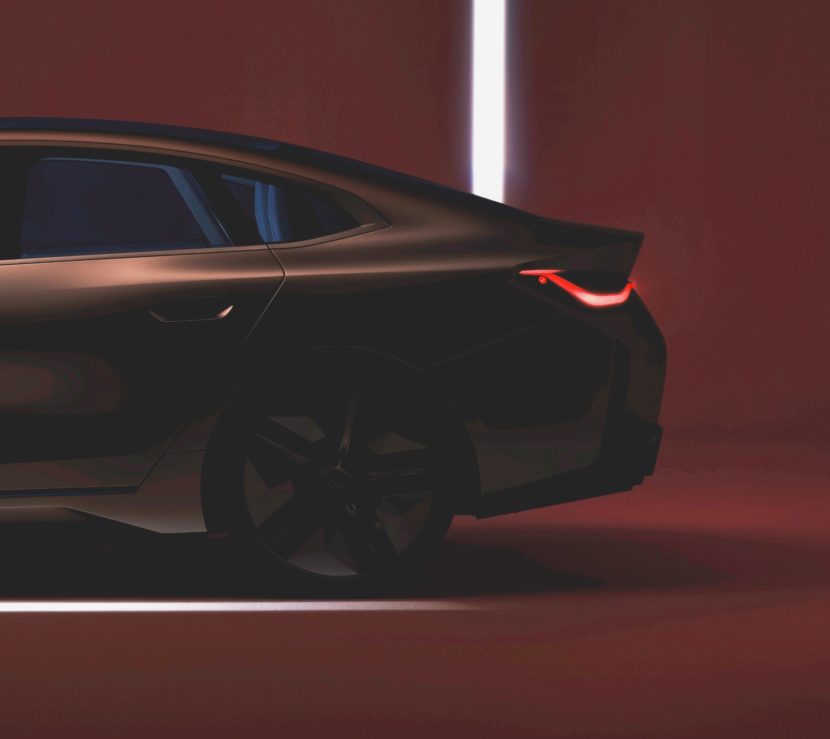 BMW has already confirmed that the 2021 BMW i4 will pack an electric architecture developing 390 kW / 530 PS (523 hp) and a state-of-the-art, compact Gen5 high-voltage battery, enough to ensure a range of over 600 kilometers in WLTP cycle.

Stay tuned to BMWBLOG for more to come on the BMW Concept i4!