Home » PREVIEW: First official look at the BMW Concept i4 set for Geneva 2020

BMW is offering us a glimpse of the upcoming Concept i4, the concept version of the brand’s upcoming electric sedan, which will be officially unveiled next week when the 2020 Geneva Motor Show kicks off.

We already knew this was coming. Prior to the official premiere and market introduction scheduled for 2021, BMW will provide us a hint of the new i4 electric Gran Coupe model with the help of a revealing concept, that is said to be fairly close to the serial production version. 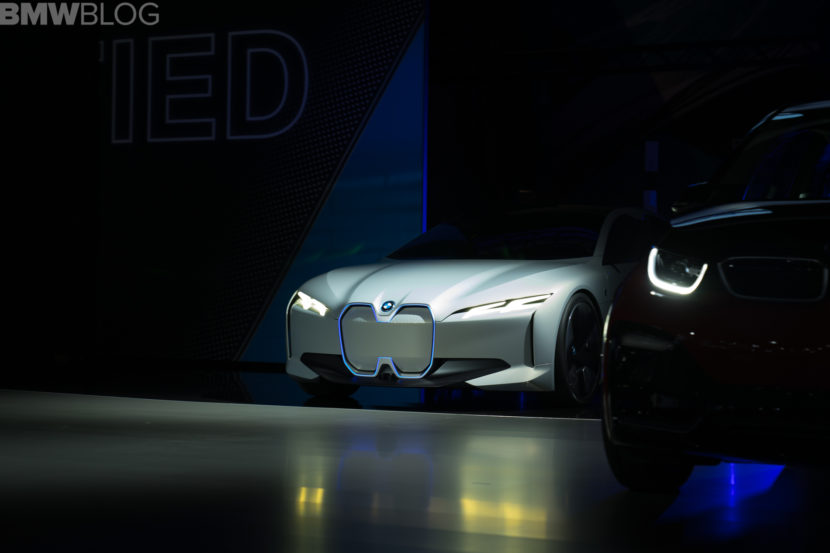 BMW will lift the veil off the Concept i4 at the beginning of March in Geneva. The exterior design of the electric concept car is evolved from the BMW i Vision Dynamics concept of 2017 and is translated into a philosophy that is close to the final styling of the series i4 model.

Coming in 2021 and underpinned by the forthcoming G26 4 Series Gran Coupe, the new electric model in the BMW i portfolio will be powered by an electric motor making up no less than 390 kW / 530 PS (523 hp). That’s expected to give the car a total range of around 600 kilometers (372 miles) on the WLTP cycle.

The new i4 will also feature the Gen5 electric battery architecture, which promises a compact architecture, a boost in overall output and increased running efficiency which ensures an attractive all-electric range.

Coming down to the design, the teaser videos reveal a classy Gran Coupe silhouette which is beautifully formed in liquid metal. Compared to the current F36 4 Series, the overall inspiration is retained, yet the rear shoulders appear to be positioned higher. The horizontal section of the tail gate is shorter and the general shape of the car is now more athletic and genuinely resembling a 2-door coupe.

While the front end remains unrevealed at the moment, we can speculate the radiator grille is designed in BMW i fashion, covering the entire height of the front fascia and the kidney are separated. As well, the BMW i specific exterior individualization features will further enable a differentiation from the standard ICE-powered G26 4 Series.

We’ll see the BMW Concept i4 soon enough, as it will make its debut at the 2020 Geneva Motor Show next week. So stay tuned.