Let the Horsepower War End and and the Lightweight War Begin 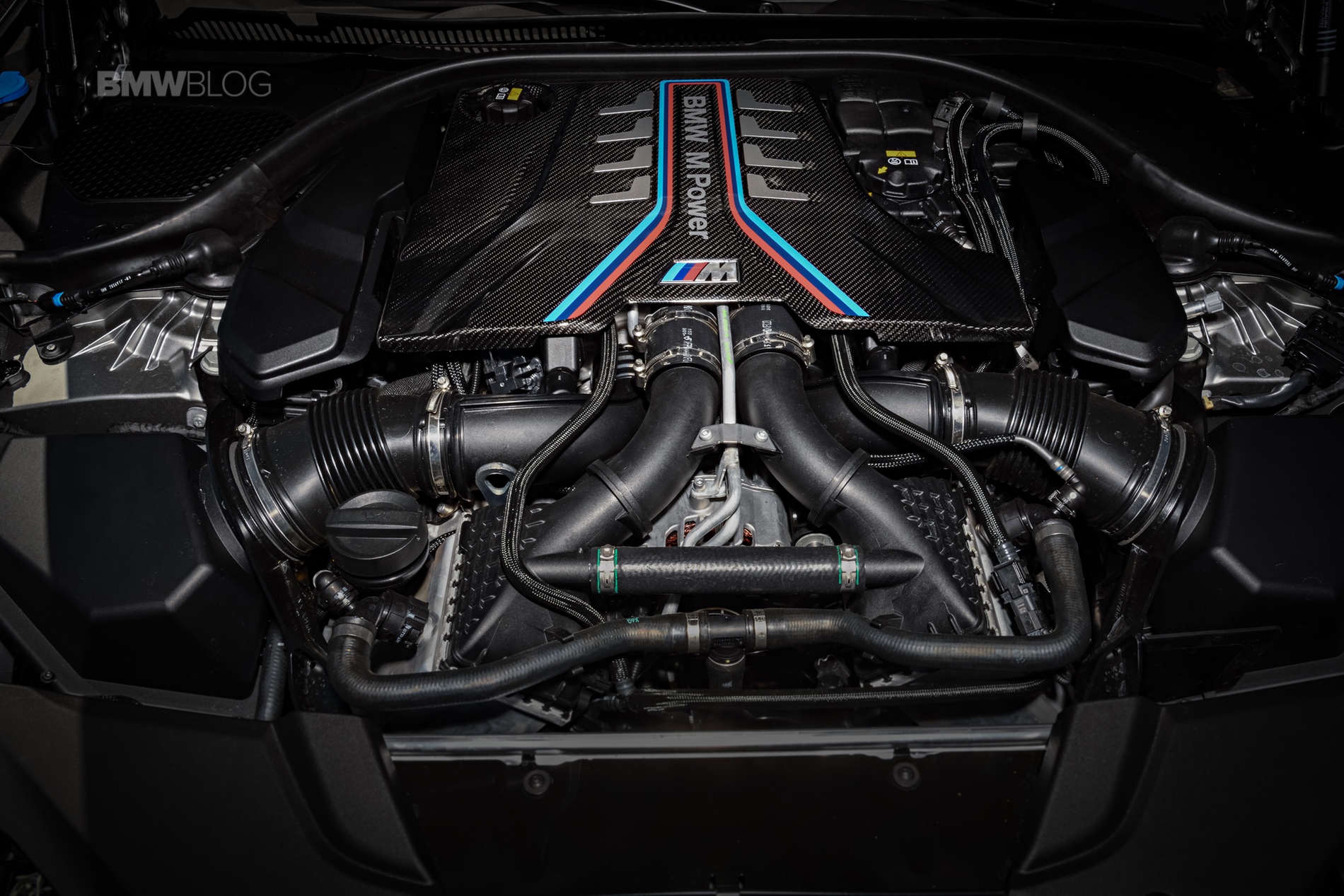 I remember when I used to read old Motor Trend magazines as a young teenager, from my quite retreat (toilet), and supercars were all just starting to crest the 500 horsepower mark. That seemed to be the number for a properly psychotic supercar — 500 hp. Now, that same 500 hp that I used to think was only reserved for the most exotic of supercars is now available in middling sports sedans. Back in my Motor Trend magazine days, the BMW M3 had 333 hp. Now, this next-generation of M3 will crest that formerly magical 500 hp mark, which would have blown my fifteen-year-old mind.

That’s progress, though, isn’t it? As engine technology gets better, turbocharging becomes cheaper and expectations get higher, horsepower figures will rise and rise. In fact, over the past decade or so, power figures have skyrocketed, reaching levels many of us enthusiasts never thought possible. It’s also the natural way of the free-market. As one brand debuts its next high-power performance machine, every other brand must scramble to top it. Thus creating the horsepower wars car companies have been in for as long as I can remember.

This meteoric rise in horsepower is going to end, though, if it hasn’t already. Abruptly so and for several reasons. Chief of which is the fact that we’ve essentially reached the levels of speed at which cars can actually go. Sure, some uber-EVs can hit 60 mph in the low two-second range but anything faster than that is next to impossible and even if it is possible, who wants to go that quickly in a road car? Sure, it’s cool to have bragging rights but accelerating that quickly is not only dangerous but uncomfortable. Performance cars are about fun, not literally nauseating yourself so you can brag to your ironic-eye-glasses-wearing friends at the organic wheat-grass bar later that night.

Top speed is becoming irrelevant, too. Sure, it’s exciting to see Bugatti break the top speed record every once in awhile but how relevant is that in the real world, even for the uber-wealthy that can afford cars like that? With electric cars taking a larger chunk of the automotive market share, the need for big power and performance is dwindling. I say let the horsepower wars end and let’s usher in a new automotive theater of war — lightness.

Remember the old Colin Chapman quote, “Simplify, then add lightness.”?  That’s what automakers need to compete with each other over. Forget power, compete to see who can shave as many grams off their car as possible. Compete to see who can make the best lightweight chassis for the lowest price. Compete to see who can make sports cars that genuinely captivate our souls without just bragging about how high the numbers go on your spec sheet. When I read the press release for a new vehicle, the first bullet point always boasts its power and performance figures. Stuff that, boast about how light the car has become.

McLaren has recently made something I love, and that emphasizes my point, the Speedtail. While the Speedtail has divided enthusiasts with its looks (I think it’s baffling beautiful, like some kind of Air Force-grade, long-range ballistic weapon), there’s no denying the astonishing attention to detail its engineers and designers put into its design. It’s as slippery as a tear drop and slices through the air like a 1,000 hp Katana. Admittedly, the Speedtail is also an exercise in high horsepower but its power isn’t its focus. Instead, McLaren mainly focused on making it as light and as aerodynamic as possible. Which is why it’s capable of Bugatti Chiron levels of speed with much less power.

If automakers were to take that same philosophy but shrink it down to less expensive sports cars, we’d all be better of for it. The perfect example of that is the Alpina A110. That little French sports car has captivated the hearts of so many enthusiasts simply because it told all the Germans to shut their schnitzel hole about power and gone in a completely different direction. Rather than using a big engine with big power, the A110 uses a tiny 1.8 liter turbocharged four-cylinder with just over 200 hp. But it’s light. Very light. So it’s still fast and very fun to drive. In fact, it could be the most fun car to drive on the road right now. And it’s made by Alpine, the plucky sub-brand of Renault. If Renault/Alpine can make such a car, every other major brand can.

Lowering a car’s weight improves it in every single way that matters. It allows it to have a smaller engine with less power, yet similar performance. It allows that engine to be more fuel efficient. It allows the car to handle better and even ride better. Everything about a car is made better with the reduction of weight. Aerodynamics are a big help as well and I’d like to see car companies develop beautifully aerodynamic body shapes like the Speedtail. Though, I’m not as concerned with aero, as car companies already pretty obsessed with that.

Of course, this isn’t an easy task. Car companies, especially those that make sports cars, would love to make their cars lighter. However, modern crash regulations, interior comfort standards and equipment levels are all making it more and more difficult to create lightweight cars. Which is a large part of why horsepower has gone up so much, to compensate for the extra, and often times necessary, weight. However, “adding lightness” isn’t impossible and doesn’t have to be overly expensive. Cars like the aforementioned Alpina A110 and even Mazda MX-5 are good examples of that.

With the sudden explosion of electric cars, these two things — lightness and aero — are going to become far more important than they ever have been. So I think we are going to see car companies compete with one another over who can make the lightest, slipperiest car, rather than compete over horsepower. So let the horsepower wars die and let’s usher in a new era, where car companies battle to make the lightest cars possible.